[Author’s note: The iPhone 1.1.1 software, which broke unlocked iPhones and temporarily disabled third-party applications (see iPhone 1.1.1 Adds Features and Updates Security“) has itself been broken. Devicescape’s software can once again be installed; instead of AppTapp, noted below, you need to use AppSnapp. – gf]

Devicescape has released a simple application for the iPhone that lets you connect to Wi-Fi hotspots without all the fuss of tapping in user names and passwords, clicking Accept buttons, or remembering WEP and WPA encryption keys. Devicescape’s Connect application requires the Nullriver AppTapp installer, a third-party hack that enables easy installation of software on the iPhone. (I’ve been testing a version of Connect released before the Nullriver integration.) 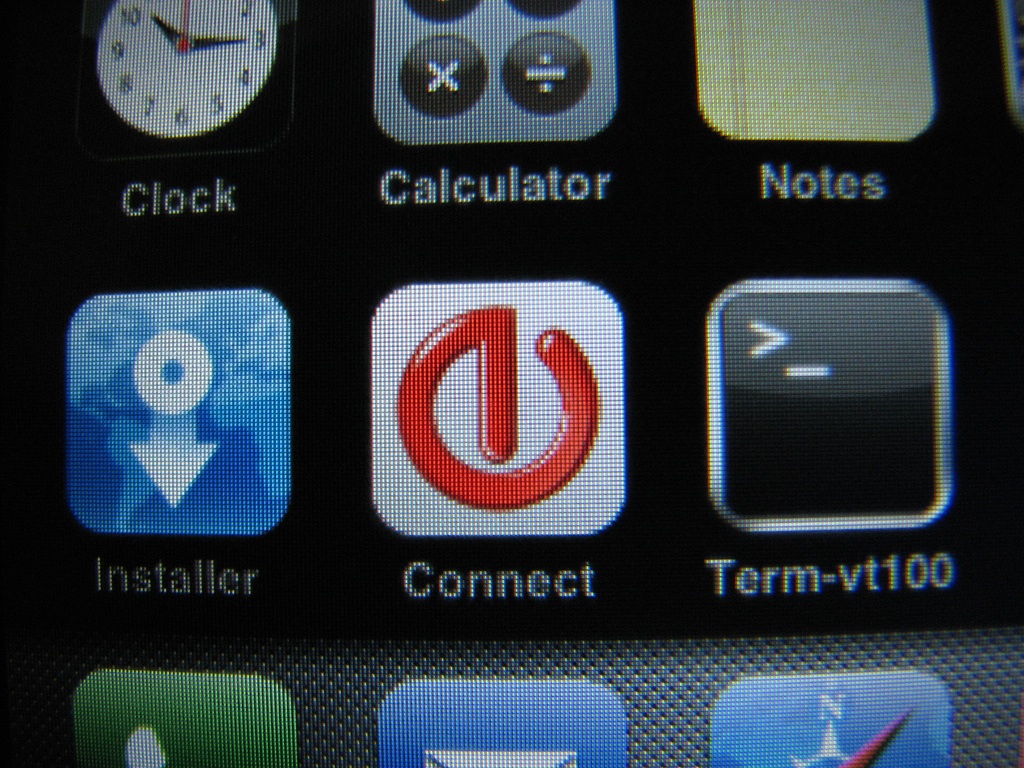 Usage — The way Devicescape accomplishes this minor miracle – and obviates the single most annoying factor in using the iPhone outside of one’s home and office – is via its flagship software, which comprises client software on a device, handheld, or laptop, and an account at the company’s Web site in which you store passwords and account information. The software and service are free. (I wrote a full account of Devicescape’s approach in “Devicescape Aims to Ease Wi-Fi Hot Spot Connection Pain,” 2007-05-07.)

At the My Devicescape Web site, you set up an account and enter any Wi-Fi hotspot and network information that you want to include. For instance, I store my home and work WPA keys on their site. Devicescape automates the login process for dozens of for-fee hotspot networks and aggregators of hotspots, including T-Mobile HotSpot, AT&T WiFi, Fon, Boingo, iPass, and others, as well as dozens of free networks that require some confirmation step or login account to use. Devicescape plans to offer easy ways to purchase service from some networks in the future as part of their revenue plan. (You’re providing Devicescape with various passwords, and while they appear to me to be a trustworthy
organization with an extremely strong understanding of security, you should factor in that a third party would have the burden of protecting your password and use passwords that differ from those you use for other secure services, like banking.)

With the Devicescape iPhone application, when you’re at a hotspot for which you’ve entered your connection information, simply tap the Connect application and click Login. Devicescape connects to the local network, tunnels your login request through the hotspot’s DNS service (clever, that), receives back an encrypted set of login details, and then passes those credentials on to the hotspot. For free networks, the system knows to “click” the right button, sending a Web request with the correct response in it. (The Devicescape software for laptops, handhelds, and a few phones works much the same way; you also get the benefit of every device you use having the same network access without re-entering details.)

I’ve been using Connect for over a week and have tested it at a few T-Mobile locations. It’s rather marvelous to tap Login, and be on the network. It’s the way the iPhone should work – and now does.

While Steve Jobs extols the ubiquitous availability of Wi-Fi, he and the company have done nothing to make connections easy except when accessing home and work networks with little or no security or access limitations. Devicescape bridges that gap. (And “easy” is relative even with normal password-protected networks given the silly manner in which you have to type in passwords.)

There’s just one missing feature from Connect that you find in the full Devicescape software: buddy lists. With buddy lists, you can choose which other Devicescape users – your friends and colleagues – can access networks you manage, making it easy to provide trusted users access to your own protected networks. These buddies’ copies of Devicescape download an encrypted set of network passwords. You can revoke a buddy’s access or update your network password and the system handles that seamlessly, too, transmitting it to any buddy who needs it. This buddy list feature, when Devicescape adds it to the iPhone, will be a big plus for iPhone users who roam among household and work networks.

And while Devicescape isn’t emphasizing this, the company told me in a briefing a few days ago that they had unearthed the business-grade Wi-Fi authentication client software in the iPhone OS that’s also found in Mac OS X. This client – an 802.1X supplicant, if you must know the technical name – would let iPhone users connect to Wi-Fi networks that don’t use a gateway page or simple static shared encryption keys. 802.1X allows a device to connect to a Wi-Fi network with a user name and password (among other kinds of credentials), and then the network system assigns a unique encryption key to that user. It’s the only safe approach for larger networks, and is used widely. Connect could provide a tool for corporate users to connect their
iPhones securely to their work networks, too – not just to hotspots – if Devicescape opts to enable that feature.

Installation and Set Up — The Nullriver installer makes it a breeze to install Connect. You download the AppTapp installer software and launch it on a computer to which your iPhone is connected and iTunes is not launched. (Turn off automatic syncing in iTunes, too, as if it launches while AppTapp is working its magic, you could have a botched install.) AppTapp downloads the 90 MB or so restore firmware file from Apple, patches it, and updates the iPhone. (The usual provisos apply: Not supported by Apple. Could turn your iPhone into a brick. The next firmware update could break AppTapp or Connect. And so on.)

When you first launch Connect, it provides you with a code that you must enter at the My Devicescape Web site in the account you set up. This code uniquely identifies your iPhone. The copy of Connect running on your iPhone can communicate with the Devicescape servers after you enter the code over either a Wi-Fi network you’re already connected to or AT&T’s EDGE servers.

Best Networks — While you could cobble together free and paid logins at networks you frequent or expect to use, your best Connect-compatible deal is Boingo Wireless, a hotspot aggregator that resells access to tens of thousands of locations in the United States, including dozens of airports. Boingo charges $21.95 per month for unlimited U.S. access. Their worldwide footprint is 100,000 locations, for which they charge $39 per month for unlimited access. Both are month-by-month rates with no commitment or cancelation penalty.

In the United States, Boingo resells access to most major networks; T-Mobile HotSpot is the big exception. T-Mobile charges $20 to $40 per month for unlimited use at about 8,500 locations, with the price varying by whether you’re a T-Mobile voice subscriber and the duration of your contract. Devicescape supports T-Mobile, too.

While you can log into Boingo through a partner login in the Web gateway interface at nearly all the locations they support, that involves tedious data entry each time, instead of a single click with Connect. And some Boingo locations don’t have the partner login, but you won’t know which until you’re traveling.

Devicescape’s gap-filling software makes me hope that hotspots pile on and promote Connect as a simpler option to get online. It’s a benefit to Apple and AT&T to make the iPhone work with fewer interruptions and less friction – and the less we all use AT&T’s cellular EDGE network, the better that network performs. I hope Apple considers bundling Connect in a future release – or making Devicescape its first certified application developer.

iPhone Software Development iPhone, iPad, & iOS Networking
Cookies & Privacy: We wish we were talking about chocolate-chip cookies here, but our Web site—like nearly all others—relies on a few minor digital cookies. Various laws around the world require us to tell you that fact, so consider yourself informed, if not nourished. By continuing to use this site, you agree to our use of these cookies. Cookie and Privacy Notice