In a rare public appearance, Crazy Apple Rumors Site (CARS) was seen ingesting massive quantities of fluid extracted from the pineal gland of an iguana, before shouting, “iPod socks forever!”, pulling out a fake banana, and plunging it repeatedly into its own midriff. That failing, it pulled the supports out of the mineshaft in which it had been trapped for eight days, killing itself, and destroying the only known sexbots on the planet.

In more rational news, we bid a fond and hopefully temporary farewell to the only Macintosh rumors site honest enough to reveal that it makes up all, not just some, of its news. John Moltz’s CARS brought us lesbian ninja sexbots, of course, let’s not forget that, but also an account of IDG’s Macworld Expo Extended Edition, a DVD including:

"Shocking footage of how Macworld's Jason Snell, Philip Michaels, and Dan Moren really spent their week: a cocaine-fueled blur of hookers and violence ending in a shootout with police (a PC World neighbor notes: 'They seemed like such nice fellas. Quiet. Kept to themselves.')"

Or news of Apple dropping all DRM from its music and videos:

"According to Jobs, Apple is scrapping its FairPlay DRM system and replacing it with the Aunt Ethel system. Instead of software restrictions on copying files to unauthorized users, your Aunt Ethel will call you periodically and ask if you've been file sharing."

TidBITS wasn’t immune to CARS ribbing, including the premature revelation of our plans for world domination. 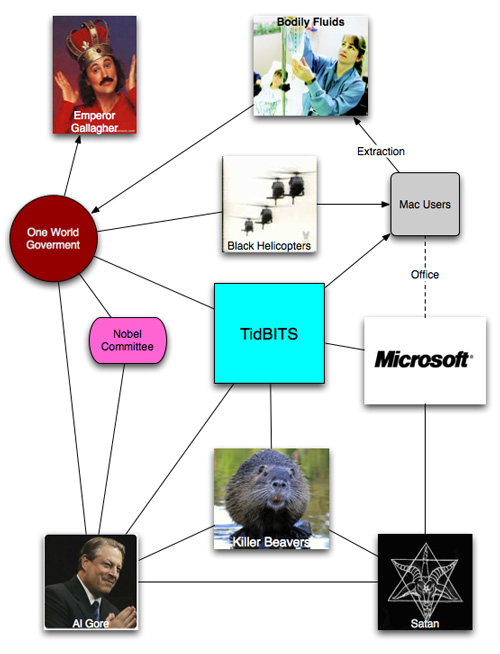 In honor of John Moltz, I present the Worst Unboxing Photos Ever, shot from my iPhone while opening up a MacBook Air that Apple lent me for review purposes. Shawn King of Your Mac Life called these pictures, “spectacularly crappy.” Author Tom Negrino noted, “Those…just…suck! Well done!” I can hear Moltz’s angelic voice whispering down from the heavenly choir – rather, Twitter – “Oh, sure, post photos of a 19th century bootblack unboxing a MacBook Air THE DAY I’M QUITTING.” 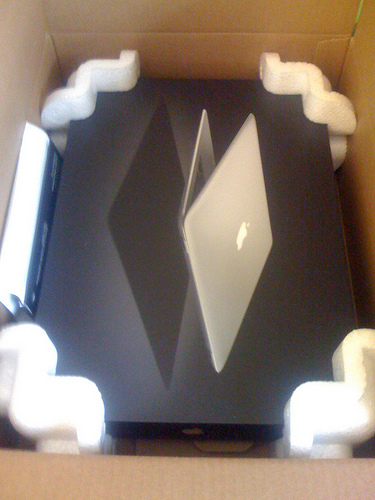