Text messaging is already one of the great bamboozlements of the technology age, given the prices charged for what amounts to a miniscule amount of data transferred. Making the service an extra fee for a smartphone is just cruel.

With the release of the iPhone 2.0 software, you can send SMS messages from your iPhone for free. (To clarify, this appears to work only in the United States; Joe Kissell, who lives in France, reports that the following technique does not work with the “+33” designation there.) The secret is a capability that already exists on your Mac: send it via iChat/AIM. (This technique works on the iPod touch, too, but I’ll just use “iPhone” from here on out to avoid writing “iPhone or iPod touch” over and over.) Here’s how: 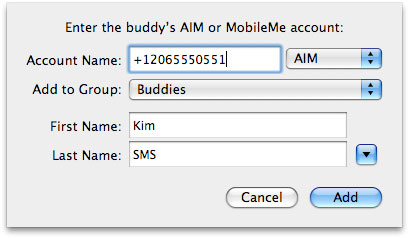 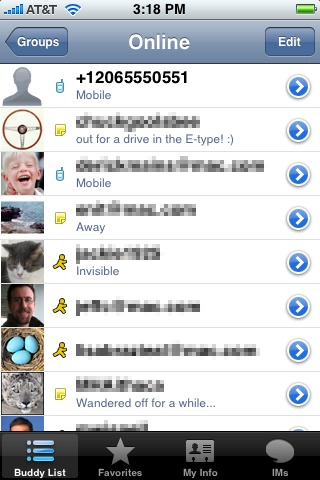 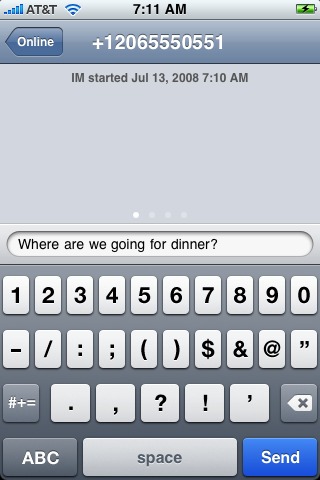 This approach is a bit more work, and if you’re a frequent text message user it may be worth paying AT&T (or whomever your provider is; plans vary widely around the world) for the convenience of just using the SMS application. But if you need to dash off a quick message without wondering if you’re getting your $0.20 worth, AIM is a good alternative. It also helps lessen the pain of getting gouged by greedy telcos.