For reasons known only to Apple, the mid-September release of Mac OS X 10.5.5 disabled extra toolbar items in the Screen Sharing program – for remote computer access and control – that required configuration via the command line in Terminal. Rob Griffiths of Macworld was the first to document the extra switches on 12-Dec-07, and was also the first to note their removal. Even if you’ve already enabled the toolbar options, they’re gone.

In this modified screen capture that appears in my book, “Take Control of Screen Sharing in Leopard,” you can see which features have been eliminated: the quality/color depth setting, screen capture, control/observe toggle, full screen mode, and keyboard/mouse control toggle. 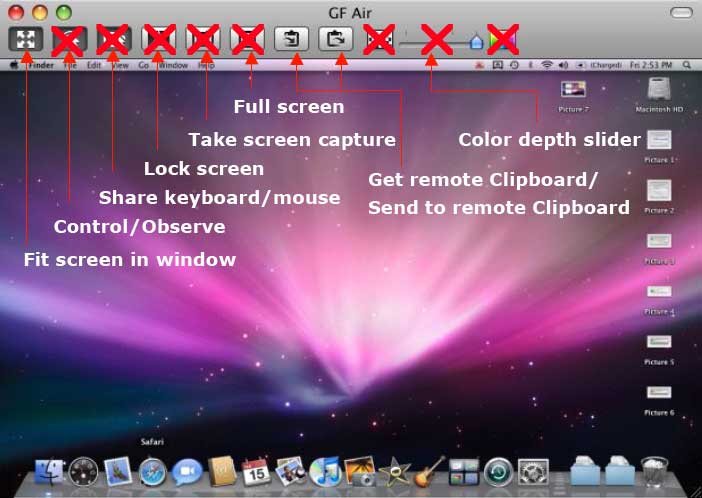 Rob has a couple of pieces of advice on restoring the functions, although I’m not sure I favor either: installing the 10.5.4 version of Screen Sharing, or using Xcode to modify the version in 10.5.5.

But your only other option to get the missing features back, Rob notes, is to purchase the $300 10-user license of Apple Remote Desktop, which is overkill for a few buttons.