I’ve had trouble writing about the upcoming “MacHEADS: A Fanboy Documentary,” ever since the initial trailers first appeared. It’s not that I think it will be a bad movie by any means, but that it’s inexpressibly weird to watch a professionally produced movie trailer that features numerous familiar faces and places, and even stranger, my own face and voice. 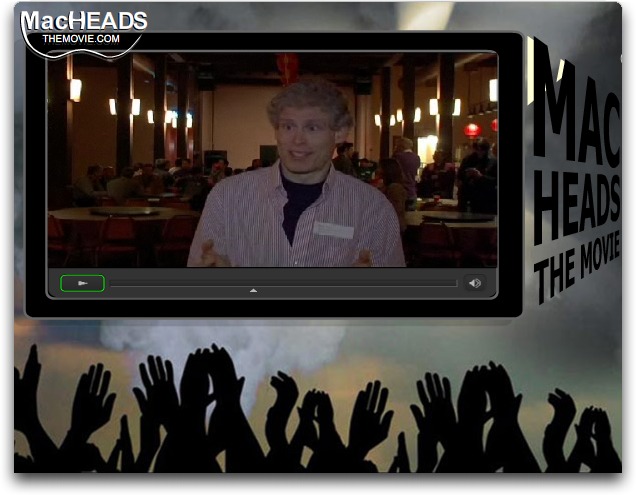 My ego doesn’t mind the stroking, but I’m uncertain about how to react to seeing my real world at Macworld Expo (where I was filmed) on the big screen. Even though this is a documentary, what I consider reality and what the filmmakers choose to include in the movie could make for an odd juxtaposition.

The truth of the matter will come out soon enough at Macworld Expo, where MacHEADS will premiere on Wednesday, 07-Jan-09, at 6:15 PM in Room 131 of Moscone’s North Hall. The time hasn’t been published anywhere that I can find, so if you’re going to Macworld and want to attend, check out the conference materials when you arrive.