My new AirPort Extreme Base Station has arrived, and my first thought was: how did they do it? By squeezing two radios into the same box, Apple needed to revise AirPort Utility to let those two radios be set separately for certain options. Let’s take a look. (See “AirPort Extreme, Time Capsule: Like Two Base Stations in One,” 2009-03-03, for product details.)

From the start, you can see this is a different animal. The summary screen shows a line for “2.4 GHz/5 GHz AirPort IDs,” and the Channel item lists the two channels in use. 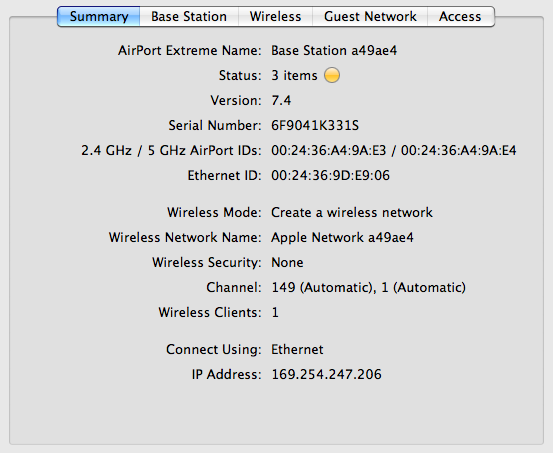 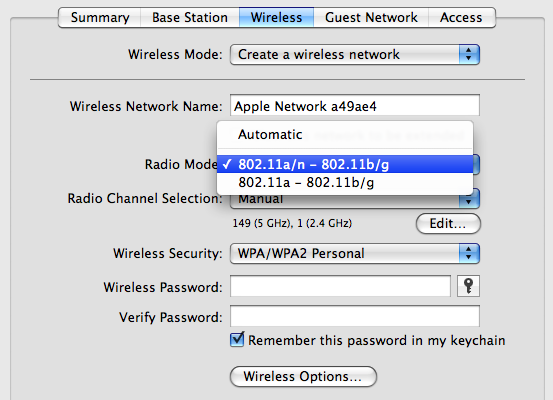 But what if you want a bit more control? Hold down the Option key and hold onto your socks. The full matrix of compatibility appears. 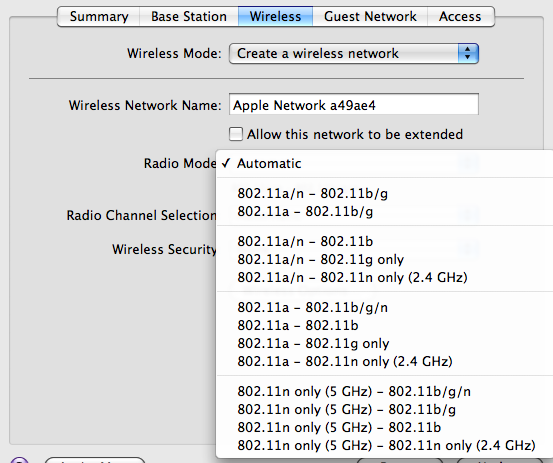 To choose channels manually, choose Manual from the Channel Selection pop-up menu, which reveals the current channels in an information item underneath, and presents an Edit button. Click that, and the Radio Channels dialog lets you choose directly for each radio. You might need this option if you have existing networks or interference that you know of, and would rather override an automatic assignment. (Automatic channel selection should avoid these problems, but sometimes it’s best to put a pin on what you want.)

Now what about naming these networks separately? Click the Wireless Options button in the Wireless tab, and the same-named dialog appears with a new checkbox at the top: 5 GHz Network Name. Check that box, and enter a name, and you have two distinct entities, between which a Wi-Fi adapter won’t roam automatically. 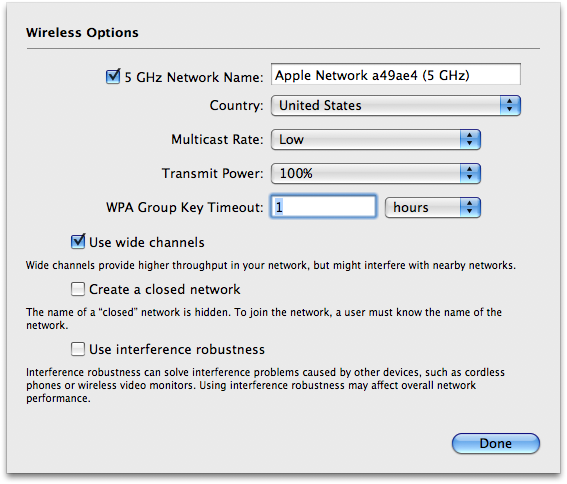 Guest Network options get their own tab in the AirPort pane. Click it, and then you can check the Enable Guest Network box to turn it on. A second checkbox lets you choose whether guests can “communicate with each other,” which means whether the base station passes Bonjour messages and other local network traffic.

You can choose only three encryption options: None, WPA/WPA2 Personal, or WPA2 Personal. (802.11n doesn’t allow for the use of WEP, and 802.11n devices must support WPA2.)

The Guest Network settings require a restart of the base station to load the new settings, so it’s something you won’t casually turn on and off. Once on, the network appears as a uniquely named item in the AirPort menu. 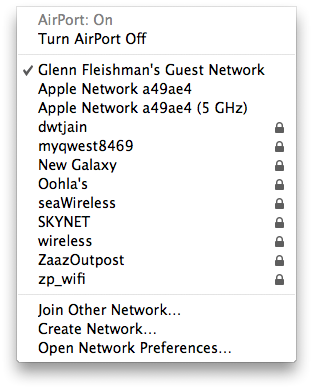 Finally, the last of the new features is revealed in the Advanced pane in the MobileMe tab. It’s simple: Enter your MobileMe account name and password, and then click Update. When the base station restarts, hard drives inside the Time Capsule and external drives attached to either base station model should be available to any Leopard system with the same MobileMe account active that also has Back to My Mac turned on.

When you launch AirPort Utility on any such Leopard system, the remote base station appears with an IPv6 address – Back to My Mac uses IPv6 as part of its system – and you can configure it just as if you’re on the same network, without knowing the IP address. 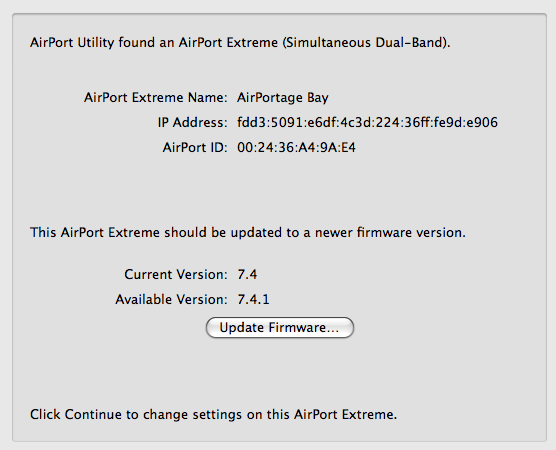 As the author of “Take Control of Your 802.11n AirPort Network,” you can imagine that I’m rather passionately interested in these changes. I’ll be updating the book as soon as I can to reflect all the changes in the setup assistant (not shown in this article), AirPort Utility, and how you plan an Apple-based Wi-Fi network!