It’s common knowledge: the iPhone’s 2-megapixel camera is nothing special. It was unimpressive when it shipped, and every day it suffers more and more in comparison with modern point-and-shoot cameras, or even the latest camera phones. The common feature wishlist among users is long, with many hungering for more megapixels, video capabilities, zoom, and autofocus. While the camera is certainly a much-appreciated convenience, it doesn’t lend itself to taking the kind of breathtaking pictures we expect from modern digital cameras. (And yes, the 3-megapixel camera in the iPhone 3G S should be an improvement; we’ll know more about that soon.)

But because of its convenience, the iPhone camera, like many mobile phone cameras, is often used merely as a kind of visual text message – the photo might not look great, but it gets the point across. People use it effectively to send images via email or Twitter that say, “Look at this giant burger I’m about to scarf,” or even “There’s a plane in the Hudson!” And it works pretty well with Evernote for visual reminders.

But, as we’ll see, the iPhone camera’s technical limitations haven’t prevented some artists from making great art with it, much the way artists have long produced amazing images using old or unusual photographic equipment.

iPhone Photo Pioneers — There’s a rich history of photographers using crude or basic tools, like pinhole or Holga cameras, to produce beautiful and memorable images. In many respects, those leading the charge of iPhone photo enthusiasm are seizing upon this tradition, though, ironically, their “crude” tool happens to be an expensive and sophisticated piece of technology. Among the leaders of this pack are a professional photographer, a self-described amateur, and a passionate online group of committed hobbyists.

Chase Jarvis is a professional photographer based in Seattle, Washington. In addition to running a photography studio that has garnered a slew of press and recognition, Jarvis has taken to using his iPhone for making images whose origins you would never suspect. 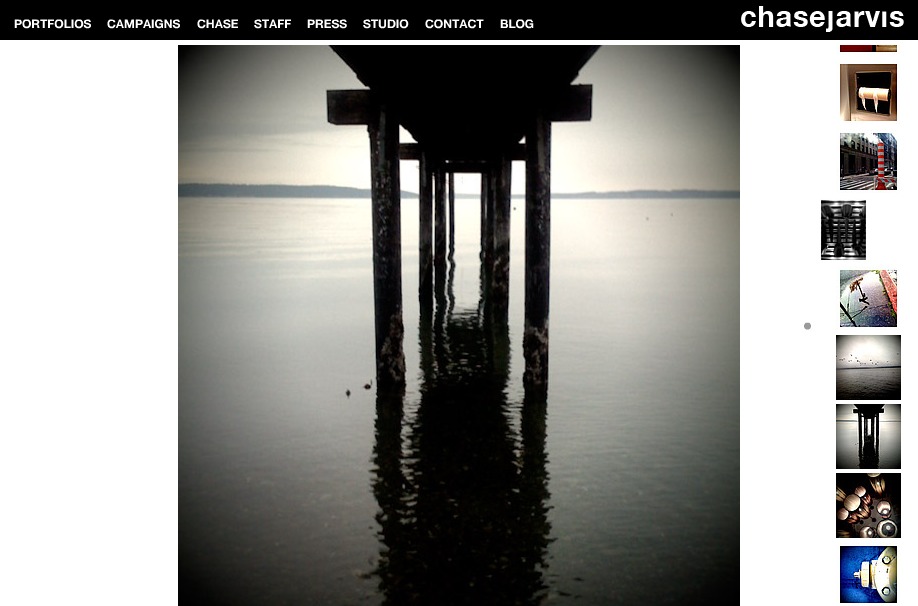 “The best camera is the one that’s with you,” Jarvis writes, “As such, I take between 1 and 1000 iPhone images every day…” He goes on to say he uses only native iPhone apps for editing instead of the expected choice, Photoshop. Considering the crisp edges, bold colors, and dynamic compositions in his photos, it’s a claim that can be hard to believe.

Greg Schmigel – a self-described amateur living in Maryland – is another well known name in the world of iPhoneography. While Schmigel is humble about his involvement in the medium, his Web site Just What I See has attracted much attention. Boasting hundreds of iPhone photos, most focusing on people in public places, Schmigel’s site is a contemplation on the ephemeral beauty of the everyday. 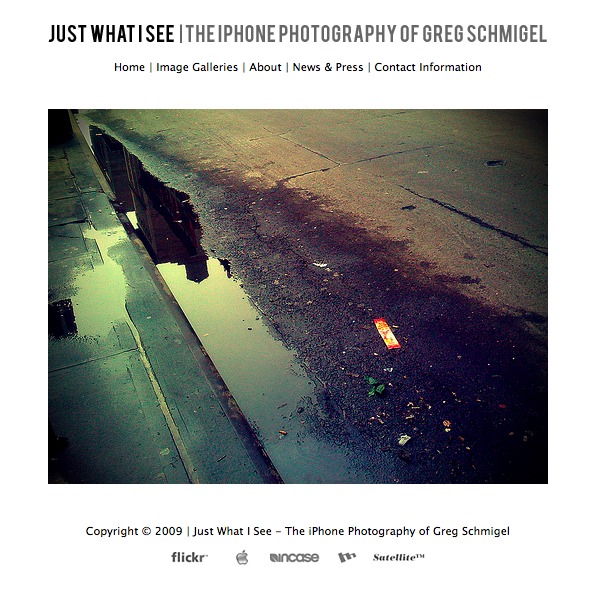 Another pool of iPhone camera talent gathers on Flickr, the iPhone Photography Group. With a collection of nearly 6,000 photos and over 250 active members from around the world, the Flickr group is an excellent spot to expand your conception of what an iPhone photo can look like.

Tools of the Trade — At first glance, I couldn’t figure out how many of these photos were made with the iPhone, but reading these sites made it clear that many were edited and enhanced using iPhone photo apps. This, of course, is good news since it means that you too can achieve similar results without ever leaving your iPhone or purchasing expensive photo manipulation applications for the Mac.

The most popular apps, the ones that were referenced repeatedly in the Flickr group and whose effects became easy to spot, were CameraBag, ToyCamera, Photonasis, Photo fx, and TiltShift. They enable users to apply various filters to alter the appearance of a photo. For example, Camera Bag offers filters that “age” a photo and replicate the appearance of, say, a Polaroid from the 1980s, or a crisp black-and-white shot from the 1960s. Similarly, ToyCamera approximates the warm lo-fi effects attained by, well,
cheap toy cameras.

TiltShift offers only one effect, but it’s an intriguing one that replicates the effects of tilt shift photography, which can result in creating pictures that appear to be photographs of miniature versions of the real thing. 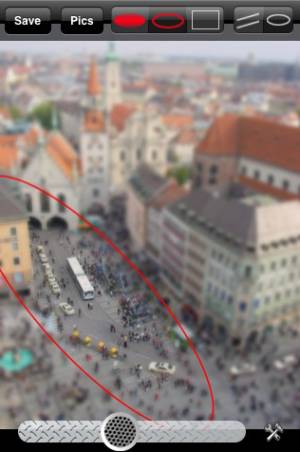 These sorts of apps are widely popular for their capability to emulate various camera effects and aesthetics. In fact, at least one app has actually been rejected from the App Store for replicating too well a set of proprietary camera effects. The Poladroid phone app, developed by Paul Ladroid, was rejected for containing features that “resemble Polaroid photographs.” Given the number of validated apps containing similar features, this one will have to be chalked up to Apple’s sometimes opaque review process (see “Developers Could Turn Away from iPhone App Store“, 2008-09-25).

One last app worth mentioning is Stepcase’s Darkroom (previously called Steadycam). Darkroom is interesting in that it helps you to take clearer pictures by using your iPhone’s accelerometer. When you press the shutter button on your iPhone, Darkroom waits till your accelerometer reads as being relatively stable before it snaps the shot – resulting in a clearer photograph, especially in low-light situations. Another app called Night Camera does exactly the same thing.

For more information on the world of iPhone photography and the apps that populate it, check out the iPhoneography Blog.

Time-Traveling with Cameras — One thing I couldn’t help but notice after looking at hundreds of iPhone photographs is the apparent desire to mimic older photographic forms, techniques, and equipment. As I mentioned, apps like CameraBag enable users to transform their photographs into what appear to be images from another era.

Maybe the explanation for this phenomenon is a simple one: that low-resolution images taken with the iPhone are well suited to impersonate other forms of low-end photography? Yet perhaps the reason lies deeper; in the sudden and magical transformation from a mundane image to one with historical aura. Maybe it’s the wonder of time travel that’s implied – I may not be able to build a time machine, but I can make it look like I was 25 years old in 1970. Or it’s possibly just another face of the collective nostalgia we seem to have for our childhood eras.

Whatever the reason, it is curious that these effects are so ubiquitously utilized by users of what is one of the most innovative and forward-thinking technological devices we’ve seen in recent years.

Of particular curiosity to me is that many of the images I came across replicated the appearance of Polaroid instant film – an apt ancestor of the iPhone photograph given its instantaneous nature. But this relationship is also peculiar given that Polaroid, the company, announced this past year it will no longer continue making instant film. The digital camera undoubtedly killed demand for physical instant film. Yet, people still seem to want exactly the aesthetic that their new tools put to out to pasture. It’s a strange example of new technology destroying the old, only to come to resemble it. It raises a funny question: in 10 years will
artists be replicating the blurry pixelated quality of the 2-megapixel iPhone camera from which most people now seek to escape?

iPhone, iPad, & iOS Media Creation Opinion
Cookies & Privacy: We wish we were talking about chocolate-chip cookies here, but our Web site—like nearly all others—relies on a few minor digital cookies. Various laws around the world require us to tell you that fact, so consider yourself informed, if not nourished. By continuing to use this site, you agree to our use of these cookies. Cookie and Privacy Notice