NewsGator has released the latest version of NetNewsWire for Mac and iPhone, and set a final date for the termination of its sync service as it turns over the task to Google Reader. The shut-off date for the in-house synchronization server, originally set for 31-Aug-09 (see “NewsGator Pushes Back Date, Sets Price”, 2009-08-28), is now 28-Sep-09.

NetNewsWire 3.2 for Mac OS X ($9.95) and NetNewsWire 2.0 for iPhone ($1.99) are both available today, and also come in free ad-supported versions. Both programs offer the sole option of Google Reader for synchronizing subscriptions (additions, changes, and removals), as well as the read and unread status of individual items. The company also shipped an updated version of FeedDemon for Windows with similar updates.

NetNewsWire 2.0 for iPhone has numerous new features, which include Twitter integration, support for Instapaper, a new application icon, the addition of a Latest News view, improved image handling, and new Up and Down navigation arrows. Items can also now be sent via email from within NetNewsWire. 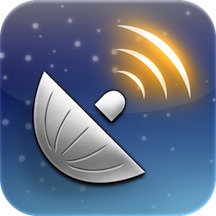 NetNewsWire for Mac 3.2 is more of a stopping point en route to major changes in 4.0 that haven’t yet been disclosed. The new version’s most significant change beyond the sync issue is the addition of Instapaper support.

NetNewsWire for Mac was once a subscription product in a pro flavor to avoid ads, then went entirely free, and now has returned in free and for-fee/ad-free versions. Version 3.2 also drops Tiger support, requiring Mac OS X 10.5 Leopard or later.

For more on what has changed, see “NewsGator Switches Users to Google Reader for Sync, Online RSS,” 2009-08-04.

Comments About NetNewsWire for Mac and iPhone, Finally Updated