Apple has officially acknowledged a serious, though rare, data-erasing bug in Snow Leopard that’s triggered by use of the guest account. When logging into the guest account, if the computer hangs, it is possible that, upon returning to your primary account, you’ll find that all of the files and folders in your user account have been erased and that your account has been reset to default settings. Your account’s path still exists on the hard drive, but everything has been erased from within it.

Apple responded to CNET’s coverage of this bug with a prepared statement, saying only, “We are aware of the issue, which occurs only in extremely rare cases, and we are working on a fix.” It’s likely that we’ll see Mac OS X 10.6.2 soon, perhaps sooner than it would have appeared otherwise, due to the severity of this bug.

The three main discussion threads in the Account and Login forum on Apple’s site are over 25,000 views and 100 replies as of this writing. Those are substantial numbers, but don’t indicate a tremendously widespread problem, though that is likely due more to the generally infrequent use of guest accounts than the consistency of the bug’s behavior.

At this point, the specifics of how to reproduce the problem aren’t clear, since most of the details have originated in discussion forums. For example, does the problem occur if you use fast user switching, if you log in from the Login window, or both? If you have two admin-level accounts and log into the guest account, are both erased? 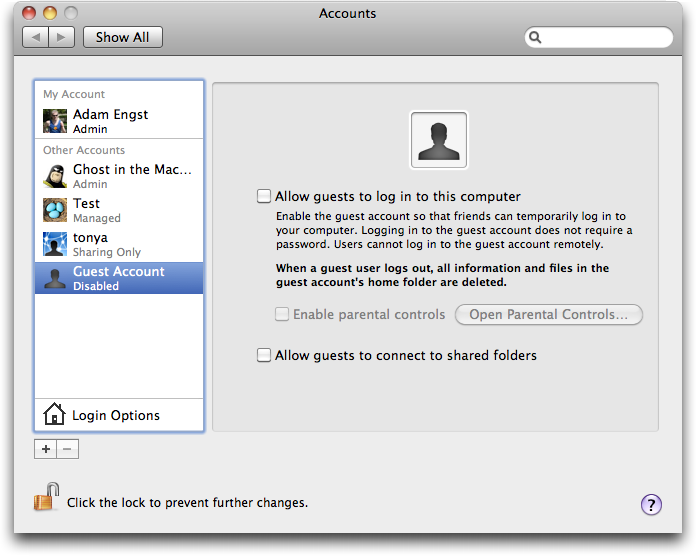 Finally, consider this just one more reason to always be sure you have an up-to-date backup of at least your home folder, whether via Time Machine or another backup program!