Paris, which has been my home since mid-2007, has pretty much everything anyone could want in a world-class city: outstanding restaurants, famous museums, striking architecture, fantastic public transportation, and a rich history that stretches back thousands of years. Besides being the capital of France, it’s a cultural and commercial nexus where one can find the very latest and best in fashion, entertainment, and technology.

There’s been just one serious lacuna, in my estimation: the absence of an Apple Store. Sure, lots of retail stores here sell Macs, and there’s no shortage of authorized resellers and repair outlets. But there’s been no outlet where you’re guaranteed to find the new hardware and software Apple has just started shipping, and where you’re assured of getting service (or even just advice) from an actual Apple employee.

Until now, that is: on November 7th, Apple finally opened its first (and much-rumored) retail store in France, and it just happens to be within walking distance of my apartment. The store is located in the Carrousel du Louvre, a high-end shopping mall located underneath the massive courtyard in the center of the Louvre Museum. If you get tired of old paintings, sculptures, and artifacts, you can walk over and surround yourself with extremely modern art, without ever stepping outside. 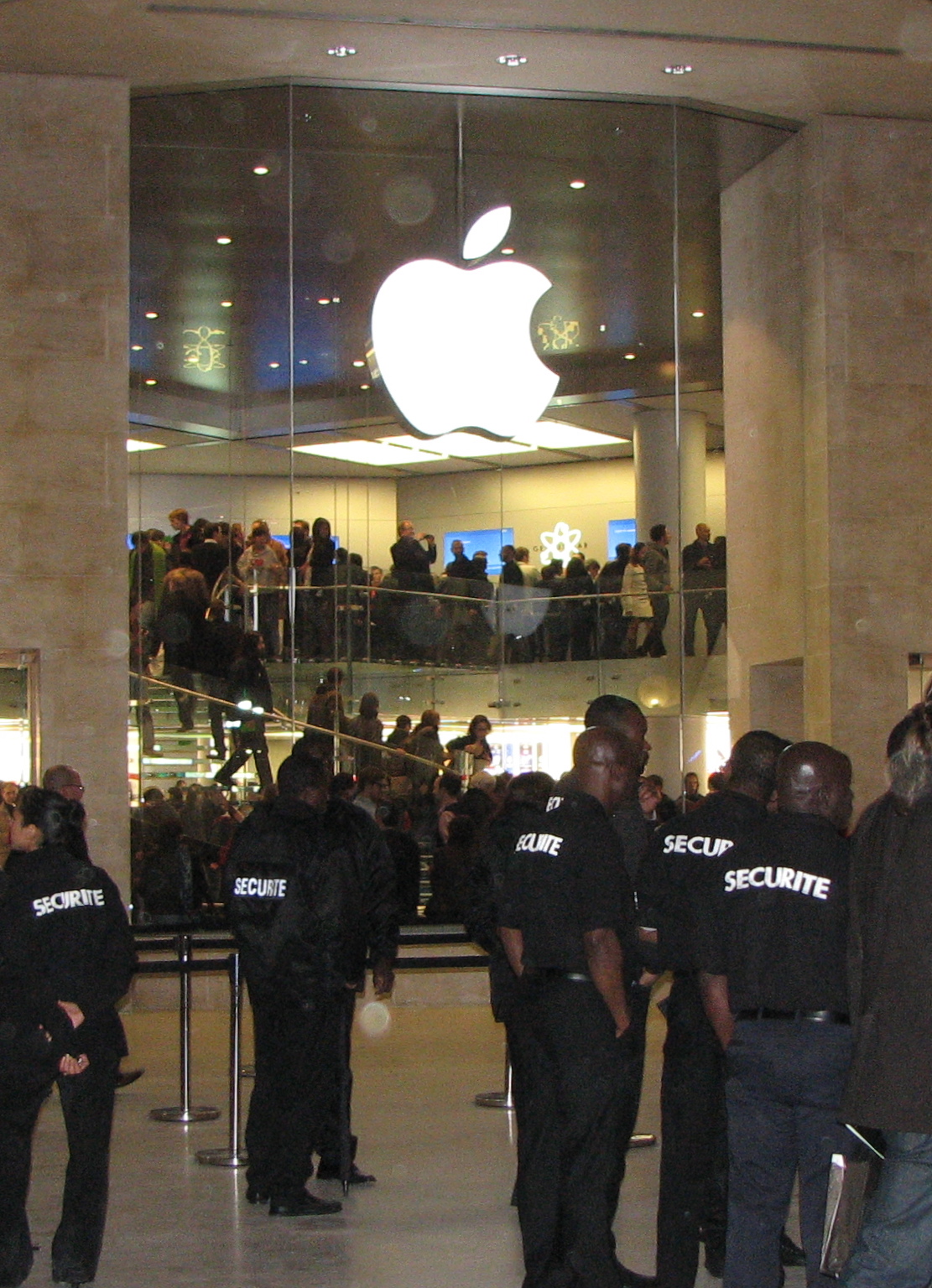 I would gladly have lined up with the thousands of other Parisian Mac fans for the grand opening on Saturday at 10:00 AM, but I had a prior commitment across town and couldn’t make it to the store until about 6:00 PM. Even eight hours after opening time, though, dozens of black-uniformed security guards were corralling people into a line outside the store, and inside customers were densely packed. As people were allowed to enter in groups, we were filtered through a short hallway lined on both sides with smiling, cheering Apple Store staff members.

Other than the fact that all the signage and other documentation was in French, the store looked pretty much like every other Apple Store I’ve visited. I was a bit surprised at how much of the floor space was devoted to iPhones and iPods, and how little to accessories and third-party products, but I guess that shows where the money is. (I did manage to pick up a Magic Mouse and a case for my new 13-inch MacBook Pro, but case and peripheral choices were much smaller than I’m accustomed to at Apple Stores.) The massive Genius Bar was humming, checkout service was speedy and efficient despite the crowds, and the atmosphere oozed all the polish and efficiency one would expect.

Given the size and style-sensitivity of this city, and the popularity of this particular location, I fully expect this store to be perpetually crowded, so for more leisurely shopping I’ll continue to rely on the online French Apple Store. (Another advantage of shopping online: you can get a new Mac – even a laptop – with your choice of French, U.S. English, or International English keyboard.) But I’m sure I’ll appreciate this store the next time one of my Macs needs servicing, I’ll happily pop in to buy software, iProducts, or accessories, and I hope this is just the first of many Apple Stores in Paris and throughout France. (Apple’s second store in France opens in Montpellier on November 14th, and another Paris location is reportedly due to open in mid-2010.)