Reader Warren Newman wrote to me with a perplexing problem. Every time he connected his iPod touch to his Mac, iPhoto would launch, showing the iPod touch’s Settings app.

Although the cause of Warren’s problem may seem obvious to anyone who has taken a photo with an iPhone, the iPod touch’s lack of a camera muddied the issue for him. What happened is that Warren inadvertently pressed the iPod touch’s Sleep/Wake and Home buttons simultaneously while in the Settings app, which takes a screenshot of whatever is showing onscreen.

The solution is easy. Open the Photos app on the iPod touch, tap the Saved Photos album, tap the screenshot, tap the trash button in the lower right corner, and tap the big red Delete Photo button that appears. Alternatively, if you want to save the screenshot, import it into iPhoto when prompted, and allow iPhoto to delete the photo after the import. 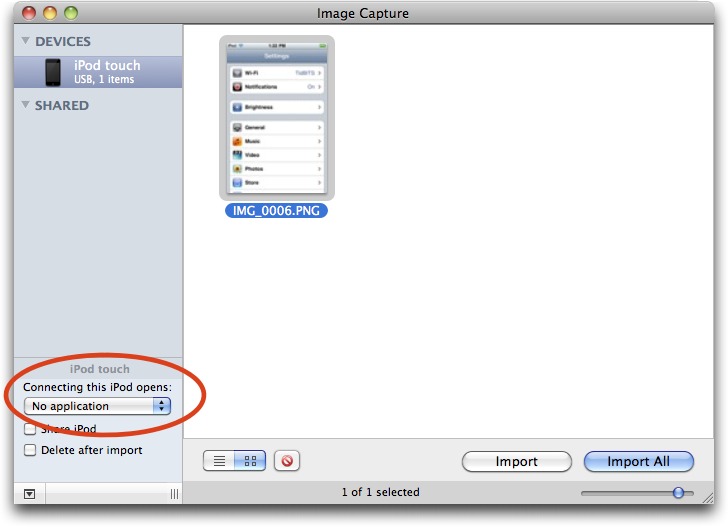 It’s a minor mystery, to be sure, but if you’re completely not thinking about your iPod touch as a source of photos, one that could be rather baffling.

Comments About Prevent the iPod touch from Launching iPhoto