Hulu is the poster child for what’s missing in the iPhone OS’s Mobile Safari. Hulu is a streaming video service owned by major TV networks that lets you watch new and old TV shows and movies, with a mandatory requirement to view ads. It requires Adobe Flash. 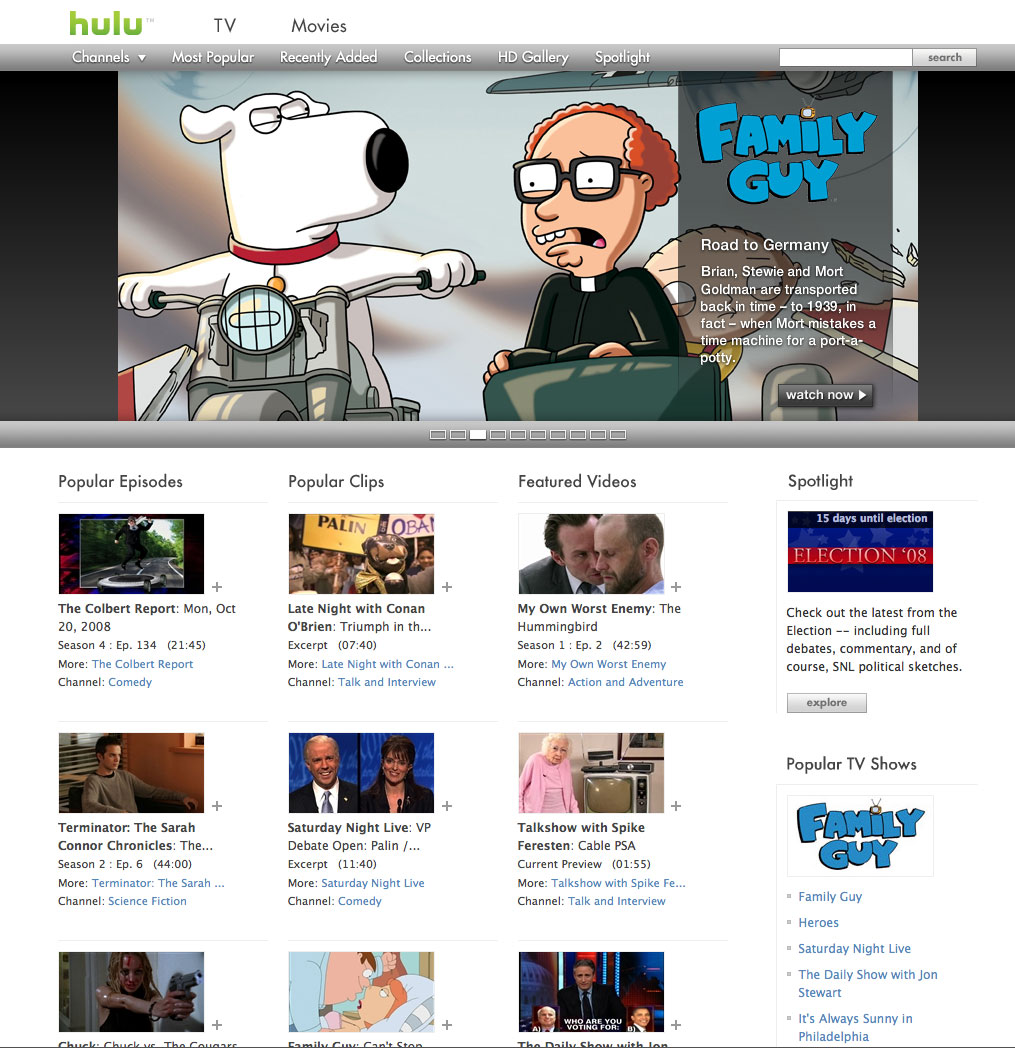 Since the iPad was announced – see “The iPad Arrives,” 27 January 2010 – one of the biggest debates about the device’s future market share and efficacy is its lack of Flash support. John Gruber explained before the iPad launch the background of why Apple won’t support Flash.

Flash can be used for many purposes, and Flash is used for all kinds of interactive games, multimedia content, and esoteric purposes – as well as horrible restaurant sites – all over the world.

But the single biggest use of Flash embedded in Web pages is to play video, most of which is already encoded in H.264, part of the MPEG4 set of standards, which Apple uses for nearly all its audio and video purposes.

With YouTube, for instance, Flash acts just as a wrapper for H.264 video. YouTube has a pilot project that allows H.264 video to play using the in-progress HTML5 rendering standard. YouTube users view over 12 billion videos each month, or about 40 percent of all online video watching in the United States. (HTML5 doesn’t yet and will likely never specify a particular video format; H.264 patent, fee, and licensing issues prevent its use in projects like Firefox and Chrome that release all their source code.)

But Hulu is an edge case: the site needs a wrapper, even though it’s “just” playing video. Where YouTube can use JavaScript to overlay ads on top of a standard video player on whatever browser video is playing, Hulu relies on commercial revenue to operate. Its custom Flash player doesn’t let you skip commercials; a standard video player would let you skim back and forth unless a TV show or other video were broken into multiple pieces that loaded only in sequence. That would be annoying and would undoubtedly reduce usage.

It should come as no surprise that Hulu is considering developing an iPad-specific app – TechCrunch reports a “rumor… from an industry insider,” which is hardly definitive, but the idea is logical. Hulu should make itself available on every major platform.

Hulu feeds out just 3 percent of U.S. online video, over a billion videos in December 2009, but it’s the largest single site for legal licensed streaming TV viewing. The other network sites, like Fox, Viacom, and Turner Network each have just about one-third Hulu’s traffic.

I can’t imagine Hulu taking sides in a technology war, when Flash is a delivery mechanism, not a religious commitment. The recent change in AT&T’s rules for applications that work over its 3G network provide more impetus for Hulu. AT&T says it’s now fine for apps to stream video over 3G, so long as they conform to new rules. Sling Media was the first firm approved to use the new guidelines; Hulu might be among the next batch.

Given that the average Hulu user watches about 23 videos per month, according to comScore, an iPhone OS app could dramatically expand Hulu’s reach. I wonder if Hulu would restrict an app to the iPad – perhaps due to processing power limits – when there are tens of millions of U.S. iPhone and iPod touch users also eager to join in.