The iPad runs iPhone OS 3.2, but its changes are so far limited to the iPad. For a look into the future of the iPhone OS, Apple has invited members of the media to the Apple campus in Cupertino on 8 April 2010. Our invitation says only, “Join us at an invitation-only event for a sneak peek of the next generation of iPhone OS software.” 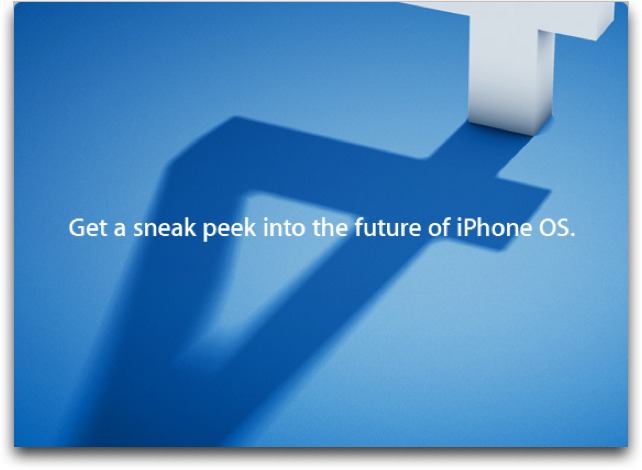 There has been much speculation that Apple will start to allow some forms of multitasking in iPhone OS 4 (for more on that, see my article “Does the iPhone OS Need Multitasking?” 8 February 2010). What other changes would you like to see in the iPhone OS itself? Let us know in the comments!

Comments About Apple to Unveil iPhone OS 4 on April 8th