During the WWDC keynote last week that introduced the new iPhone 4, Apple also revealed iMovie for iPhone, an app that can edit video clips and still images into a movie. The app creates movies complete with themes, transitions, titles, and other features that go beyond just trimming individual clips, an option found in the iPhone 3GS. The demonstration was impressive (it begins at the 57:00 mark of the keynote video), but several questions were left unanswered. 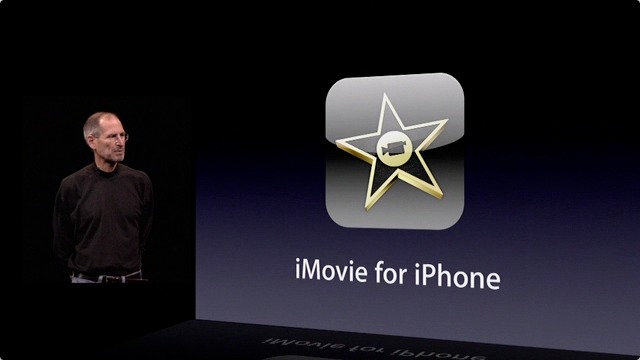 Thanks to sources within Apple, I have uncovered some details:

As previously announced, the app will cost $4.99 and be available in the App Store.