I received a Magic Trackpad for review from Apple last week, and immediately ran into a problem: it wouldn’t turn on (for more details about the device, see “Apple Spreads Magic to New Trackpad, Battery Charger,” 27 July 2010).

I tried pressing the power button once, pressing and holding it, and trying again a few times – but nothing worked. So I opened the battery compartment and discovered that the battery on top, a typical Energizer alkaline AA, was corroded. 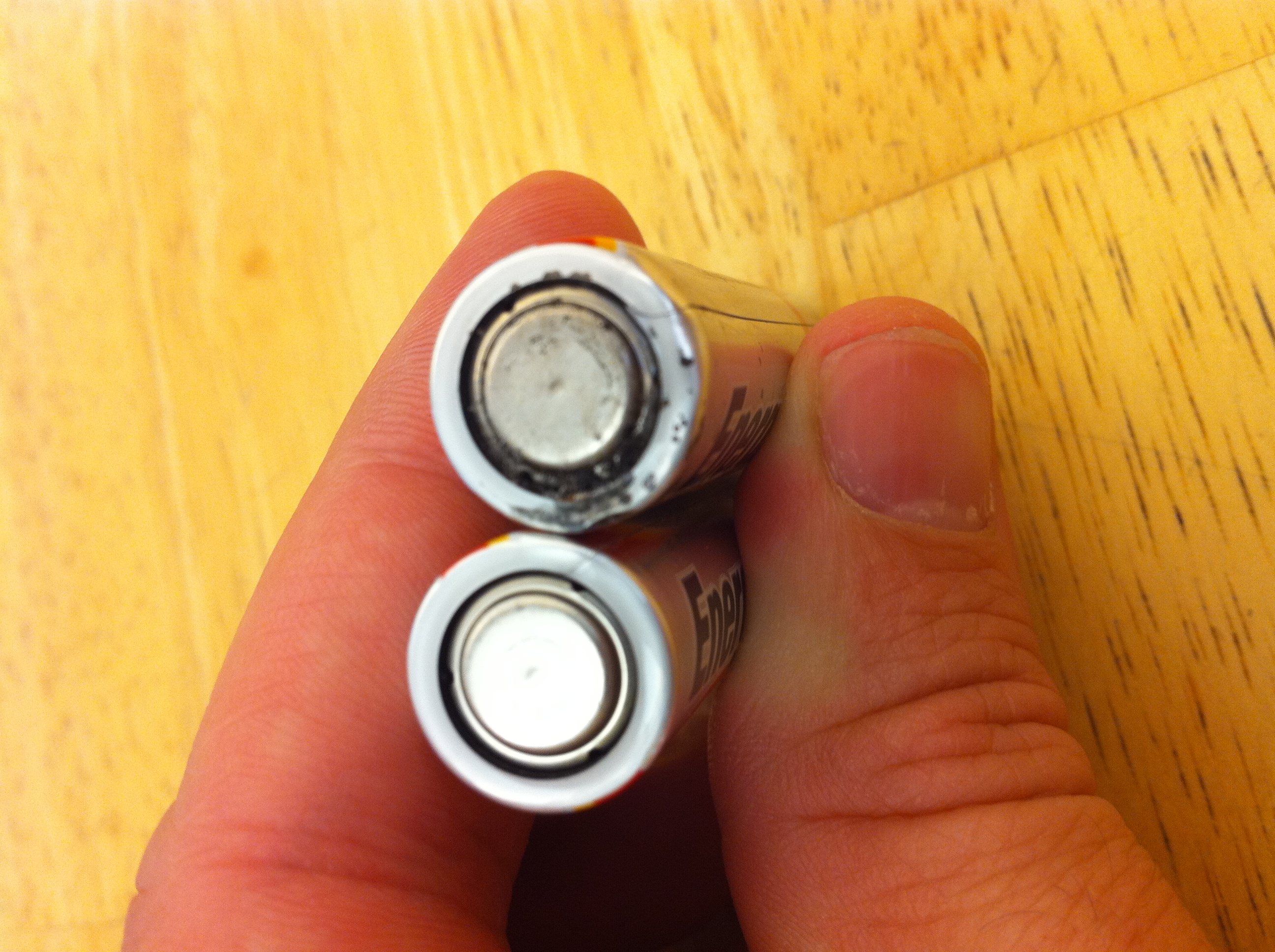 Now, realize we’re talking about an Apple product, and it’s common knowledge that Apple is infallible and everything the company creates is perfect… except of course when it isn’t. So what’s the obvious response to this situation? Product recall? Class action lawsuit? Angry blog post demanding a redesign of not only the Magic Trackpad, but also everything Apple uses that includes a battery? I suppose I should also include frothing, seething rage in here somewhere.

Or not. Because I like to think I live in the real world.

The batteries in this Magic Trackpad were no doubt installed in a factory in China. Although it came from Apple’s public relations department, the box was shrinkwrapped, so any consumer could have gotten this particular Magic Trackpad.

According to Green Batteries, more than 15 billion batteries are produced and sold worldwide every year. When talking about quantities like that, there are bound to be a sizable number that don’t work or have some minor manufacturing defect, even considering quality control procedures.

We see this all the time with tech products, and, yes, Apple products too. Someone’s iPhone 4 doesn’t work correctly or a Mac arrives completely dead on arrival – and some people freak out. As a longtime follower of Apple products and news, I’ve seen it over and over again.

In this case, because the trackpad came from Apple PR, I sent an email to my contact explaining what happened; she asked for the serial number and I passed that along. In the extremely unlikely chance that there’s a wider battery supply problem, Apple can use that information to track down the source. If I had purchased the trackpad at an Apple retail store, I’m sure I could take it back and either be given a new trackpad or just a new set of batteries.

Oh, and then I put a new battery in, after which the Magic Trackpad worked perfectly. End of story, and no need for drama.

Comments About A Rational Response to a Magic Trackpad Glitch