Cars use LoJack. For iPads and iPhones, there’s MobileMe’s Find My iPhone feature. But how do you find your MacBook or MacBook Pro if someone steals it? GadgetTrak Laptop may be the perfect solution.

The concept works like this: You install GadgetTrak on your Mac, and if it’s stolen, you activate the software remotely. Then, GadgetTrak aims to help you find your Mac, even providing photos of the thieves themselves. That’s the pitch, at least. But how well does it work? I’m hesitant to test this by leaving my laptop at Starbucks, but GadgetTrak’s blog links to news stories about the company’s software helping recover a number of stolen laptops across the country, including a theft ring that was targeting schools in Portland, Oregon.

Nevertheless, I wanted to test GadgetTrak to the extent I could without endangering my Mac. The first step is deciding which license you want, since what you’re really buying is GadgetTrak’s monitoring service. You can order GadgetTrak Laptop for $34.95 for one year, or $74.95 for three years. A Family Pack, which lets you install the software on up to five Macs and PCs, costs $99.95 for one year, and $199.95 for three years.

Once you’ve decided, you download and install the software, which, on the Mac, lives mostly in System Preferences. Note that a restart is required after you first install GadgetTrak. When I initially tried to install the software, its preference pane didn’t appear properly after my first reboot; after I ran the uninstaller and then re-ran the installer itself, everything worked perfectly. The company said it hasn’t seen this problem, but since GadgetTrak 3 has just come out, it would be watching for similar installation issues in its support system.

Configuring the software after installation isn’t particularly difficult or even time-consuming, but it does require several steps. You enter your license code and provide a name for your Mac in the preference pane, and then you also need to create an account on the GadgetTrak Web site and verify your email address. You receive numerous confirmation email messages as you work through this process. After you’ve created your account and activated the GadgetTrak preference pane, you’re good to go.

And the clever developers at GadgetTrak know exactly what you’re thinking at this point: Is it working? Thus, the preference pane sports a Test Tracking button, which almost instantly kicks back an email message to you showing your Mac’s geographic location. GadgetTrak figures out where your laptop is via Wi-Fi positioning. In my testing, the tool was astonishingly accurate at determining my location. 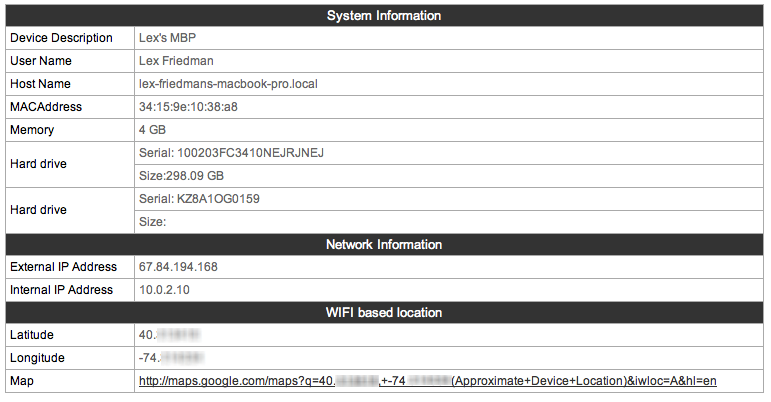 Obviously, though, you can’t really put GadgetTrak through its paces unless your Mac is stolen. If that happens, you activate the tracker via the Web site, and GadgetTrak gets to work. In my testing, while the Test Tracking button worked immediately, it took about 25 minutes for the service to update me on my “stolen” Mac’s location when I turned on live tracking.

Again, though, once it was active, GadgetTrak was impressively precise at identifying my laptop’s whereabouts. Beyond your stolen Mac’s location, GadgetTrak also snaps photos using the laptop’s built-in iSight camera and sends them to you via email. When I had the software running in thief-tracking mode – and then forgot all about it – it managed to snap a creepy photo of me looking shifty without my noticing. 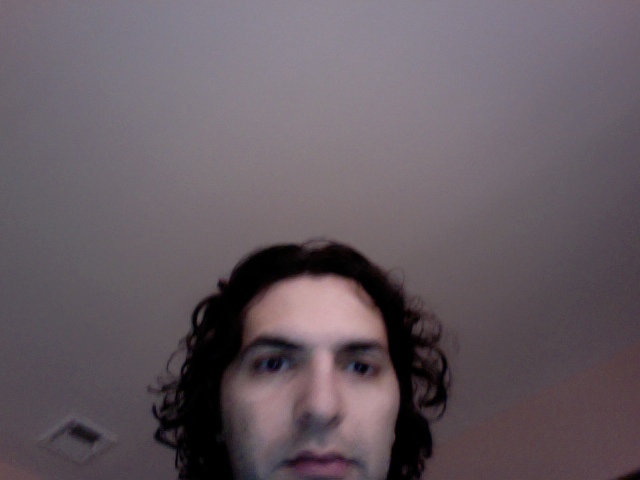 Once you activate tracking, GadgetTrak continues to send you periodic updates on your Mac’s whereabouts whenever the laptop is powered on and connected to the Internet. The bad guys can’t disable the tracking without your administrative password, and very likely wouldn’t even know it’s happening. For those especially concerned about privacy, you can configure the software to use your own custom mail server settings when it sends you tracking email messages and photographs, instead of relying on GadgetTrak’s servers.

That GadgetTrak’s tracking is powered entirely via a Flash-free Web site is great; you can use the site from your iPhone or iPad if you’re on the go when you realize your MacBook Pro has gone missing.

Unlike competitor Undercover (see “Undercover Theft-Recovery Software Update Gives You the Details,” 19 April 2010), GadgetTrak doesn’t take screenshots of your stolen machine that might reveal identifying information about the thief. Ian Schray of GadgetTrak told me that conversations with police around the country have led the company to believe that screenshots aren’t that valuable in the recovery process. Plus, he said that such a feature could be construed as violating wiretap laws, so GadgetTrak has shied away from it.

What the recent GadgetTrak 3 upgrade does include, however, are assorted improvements for tracking more devices and keeping better records. The latest release includes a centralized, Web-based console to track all the laptops on your account, and makes it easier to manage multiple machines. The software also now logs historical tracking data; instead of merely looking up where your laptop is right now, you can see where it has been recently, too.

Armed with your stolen laptop’s geographical location, and a photo of what may very well be the individual who stole it, you’ll have better luck than most folks seeking help from law enforcement. Most of us probably won’t ever need GadgetTrak, but it’s like any other kind of insurance: You’re really, really, really glad it’s there if you ever do need it.