Bare Bones Software has released version 3.0 of their Yojimbo information organizer with an option to sync to a separately purchased iPad app—Yojimbo for iPad—and scan directly using TWAIN plug-ins. Version 3.0 is otherwise similar to the previous version, apart from a few bug fixes.

Yojimbo is an indispensable application into which I stuff all kinds of material: notes, passwords, serial numbers, PDFs, images, Web archives, and links. I use Yojimbo’s tags to mark similar items, and then create collections to gather data into sets. The program uses MobileMe to sync my data across multiple computers.

The new scanning feature is intentionally simple—you press a Scan button and an image from your attached scanner is deposited in your Yojimbo library. There are no tweaky settings for scanning, nor an option to perform optical character recognition on the scan.

Until recently, Yojimbo’s main failing was the lack of an easy way to access the same data in iOS. The new app solves part of that problem. You can’t make changes to items on the iPad, but you can view any data stored in the desktop version, including encrypted items, which remain encrypted on the iPad.

You set up Yojimbo for iPad after upgrading to Yojimbo 3.0 in Mac OS X. A new preference pane lets you pair with the iPad app via Wi-Fi. Click the Pair button, and a four-digit code appears. Now launch the iPad app, tap the Start Pairing button, and enter the same code. Sync starts, which took many minutes for me the first time around due to the size of my Yojimbo library—180 MB. Sync is a one-to-one relationship: you can only sync Yojimbo on the Mac with one iPad, and Yojimbo for iPad with one Mac. 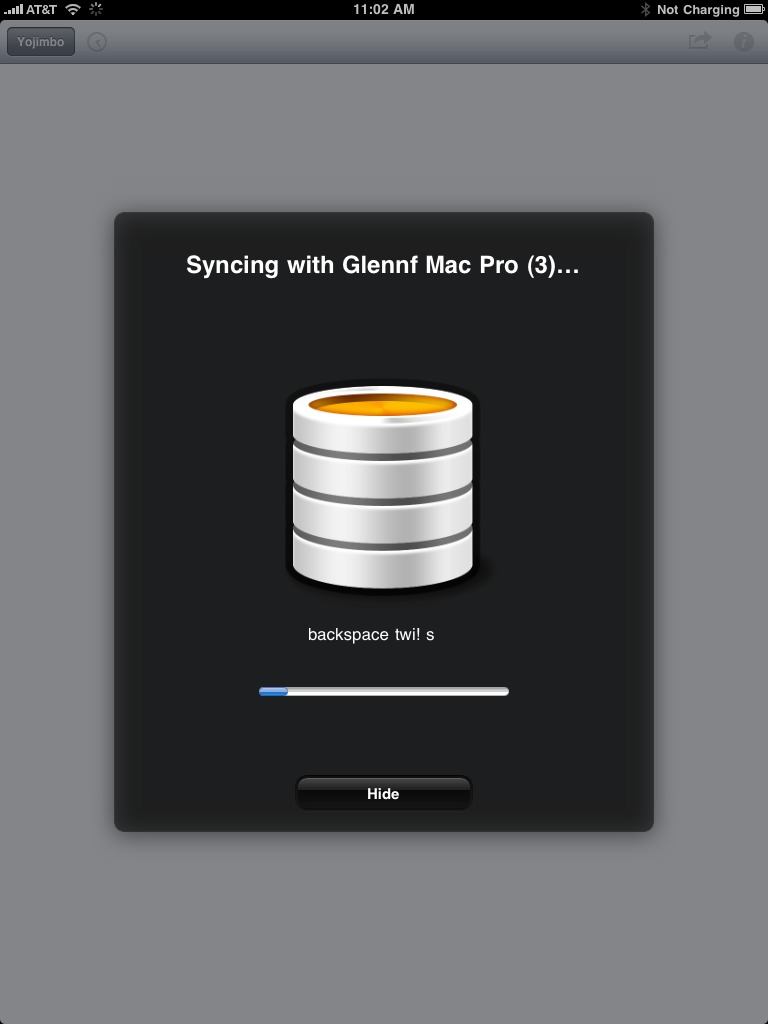 Sync requires both the Mac and iPad to be connected to the same local network; 3G sync isn’t available. Sync occurs automatically whenever you wake the iPad while the app is running or when you launch it. While I would have liked an option to sync via Dropbox, as Agile Web Solutions does with 1Password under iOS, it’s not going to happen. Bare Bones chief Rich Siegel explained in a briefing that Yojimbo relies on a database architecture that can’t be synced across Dropbox (yet, at least). Siegel also said his company didn’t want to rely on a third party, as it wouldn’t be able to help Yojimbo customers with Dropbox-related problems.

With data synced into the Yojimbo iPad app, you can find items using the Yojimbo view. This display mirrors what you see in the left tab of the desktop version.

Tap the Library, an item type (like Images or Recent), or a collection to drill down to see individual items. You can also tap the Search field and search on the title or tags attached to a Yojimbo element. You cannot search the contents of files.

Tap an item to view its contents, and it fills the screen in portrait or the right two-thirds in landscape. Bookmarks display Web pages in an embedded browser. Encrypted items show a lock that you tap, after which you must enter your desktop Yojimbo password to view the item. Unencrypted items can be forwarded via email. Links may be copied or opened in the Safari app. You can also copy images or save them to the photo library. An “i” information button exposes creation and modification date, collections to which the item belongs, and assigned tags. 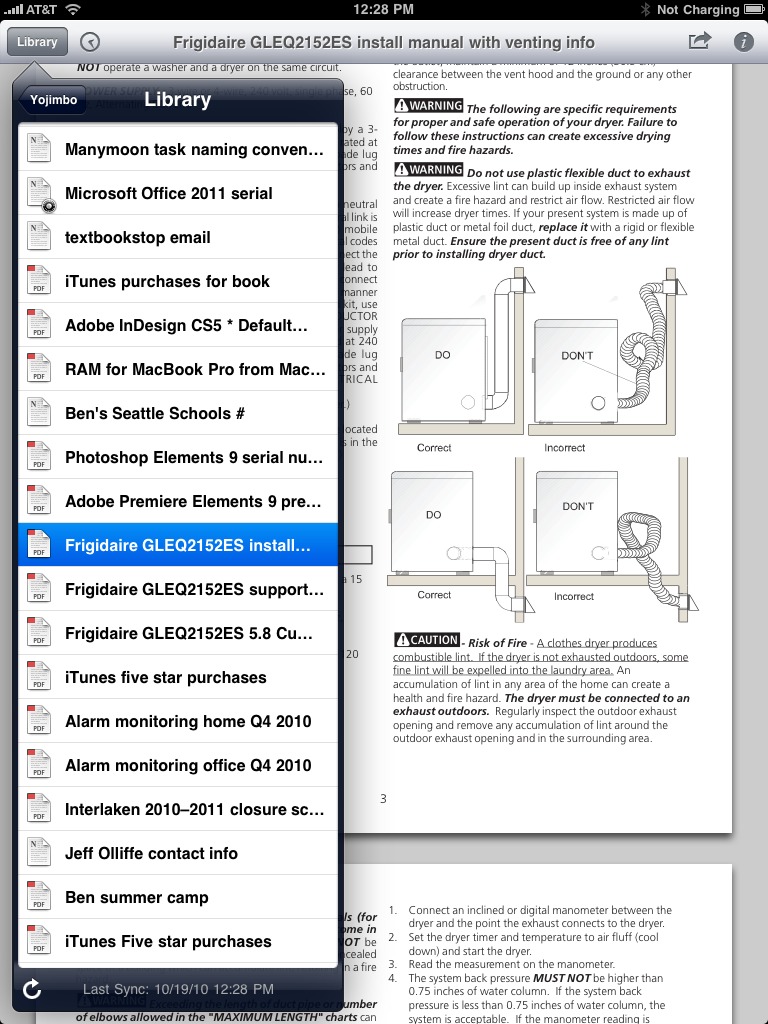 Yojimbo 3.0 is a free update for owners of Yojimbo 2.x, and a $20 upgrade for owners of any Yojimbo 1 license (education, family, or individual). Purchased new, Yojimbo costs $39 for a single-user license, $69 for a family license (up to five in a household), and $29 for educational users. It may be used on multiple computers by the same person. Yojimbo for iPad costs $9.99.

Yojimbo for iPad is a good first pass, but it’s clearly just the beginning, for the simple reason that it is a read-only copy of your desktop data. That works for me—for now—as a dedicated Yojimbo user who wants my Yojimbo data available wherever I am. But it’s not ideal, and Rich Siegel was up front about how Bare Bones plans to extend the Yojimbo app’s capabilities to take in new information in the future. Right now, sharing data among iOS apps is extremely fussy, but as Apple creates more ways for apps to share data, hopefully we’ll see Yojimbo for iPad become the equal of Yojimbo on the Mac.