Thanks to the programming efforts of Matt Neuburg, we’re pleased to announced that the free TidBITS News iOS app is now available in a native iPad version that provides a full-screen interface along with all the features from the earlier iPhone-only version. (Version 1.1 worked on the iPad in iPhone app emulation mode, but the iOS 4-savvy version 1.2 couldn’t be downloaded to the iPad because it was iPhone-only. For an explanation, see “Explaining the TidBITS News App Version Confusion,” 21 August 2010.)

We appreciate your patience in waiting for this upgrade, which made little sense to create until the iPad shared the same version of iOS as the iPhone and iPod touch. Once that happened, creating an iPad version was significantly easier than when the iPad was running iOS 3.2. And yes, although the original iPhone and iPod touch cannot run iOS 4, people who have TidBITS News 1.1 on those devices can continue to use it and aren’t missing out on any major new features.

In designing for the iPad, Matt chose to model the TidBITS News app’s interface on what Apple did with the Mail app. So, in landscape mode, a left pane lists article titles and abstracts, and tapping one displays the full article in the right pane. 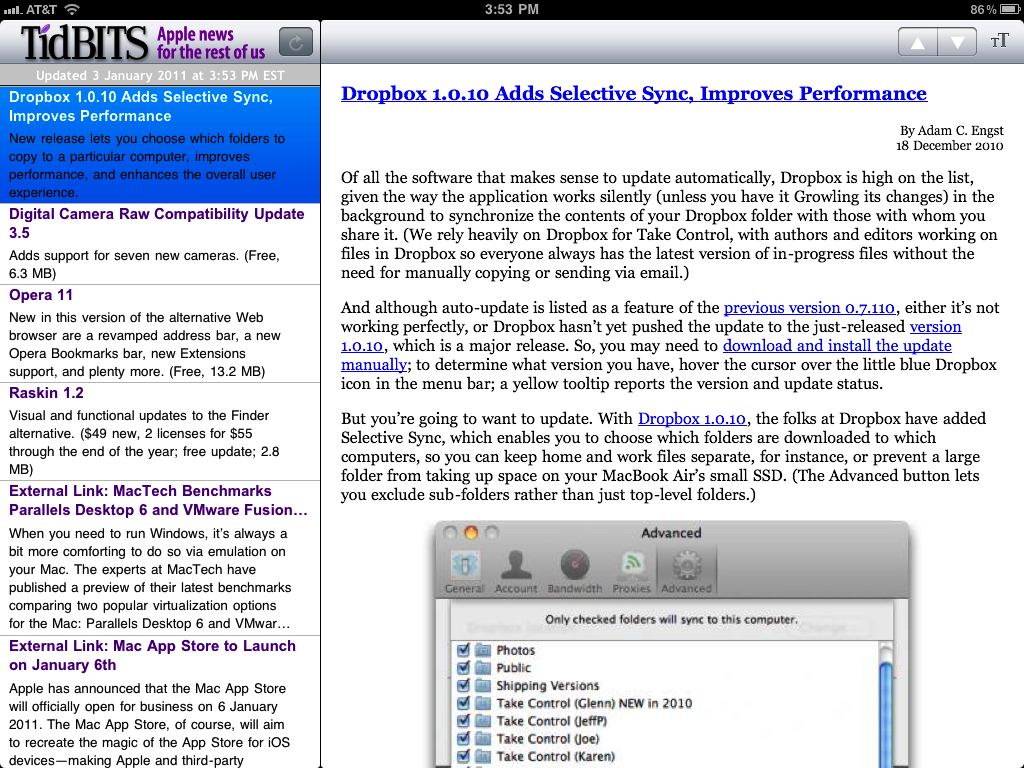 In portrait mode, a popover shows the titles and abstracts and the selected article takes over the entire screen. 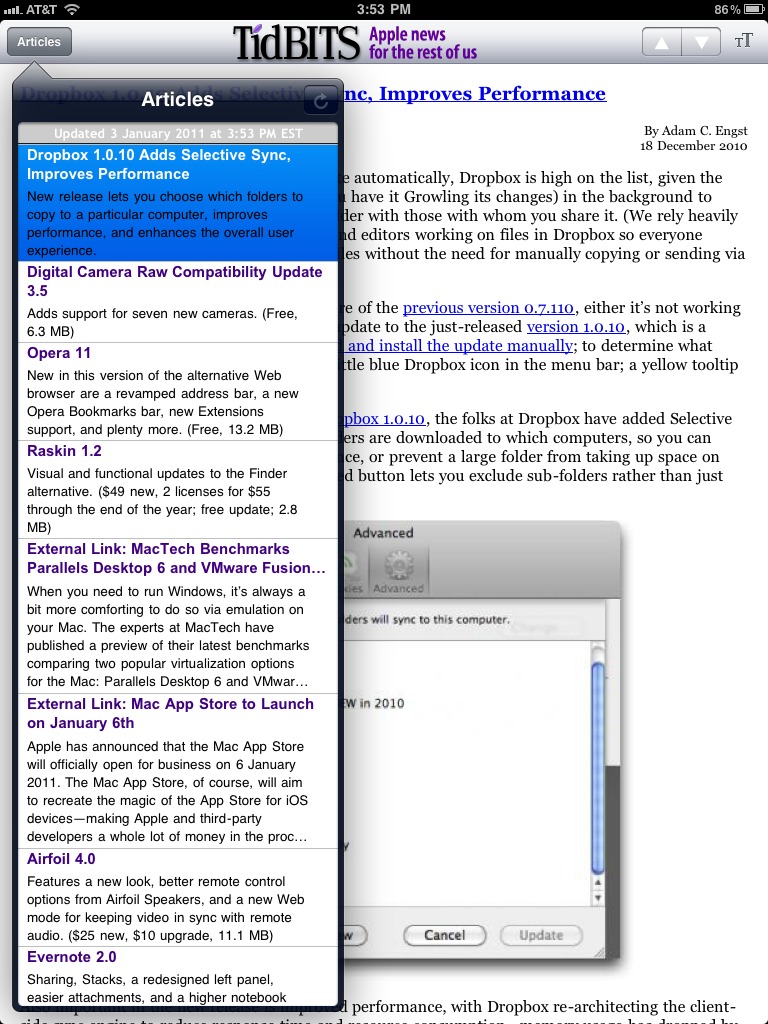 Otherwise (and on the iPhone and iPod touch), TidBITS News looks and works exactly as it did before, with a few subtle tweaks to make scrolling smoother. You can choose among five font sizes, listen to the audio editions of our articles when available, and tap links to open them in Safari. The app even works offline, so you can load all available articles to help pass the time on the subway. Enjoy!