A major operating system update is a large, complex beast (and in this case, one that roars and eats gazelles for lunch). Apple touts top-tier Lion features like Launchpad, Mission Control, and extensive gesture support, but hundreds of improvements and changes abound. We’ve collected an assortment of fun and useful tips that you’ll want to try during your first few hours with Mac OS X 10.7 Lion.

Getting Comfortable in the Finder — The Finder is typically the first thing you see when you use your computer (although with Lion’s new Resume feature, that may be less true than in the past), and you may be a little disoriented when you first try to use it in Lion. These hints will get you past those first few moments: 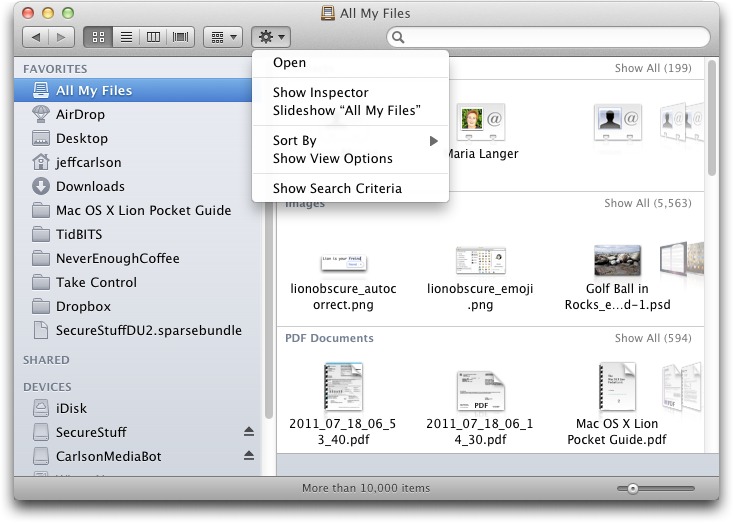 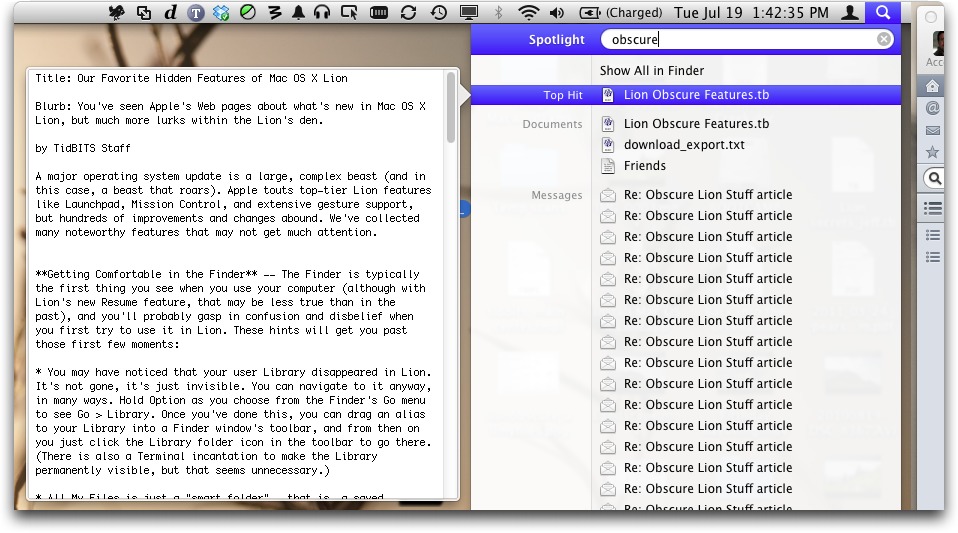 Meeting Mission Control — Mission Control is just Exposé by another name, with Spaces folded in (there is no longer a separate Spaces preference pane or application; instead, you manipulate spaces at the top of the Mission Control screen). It’s easy to use, but here are some hints:

Connecting to Other Members of Your Pride — In addition to adding AirDrop for easy file transfers between nearby computers, a few other networking features stand out:

Text in Context — As soon as you begin working with text in Lion, you’ll begin to notice differences, such as: 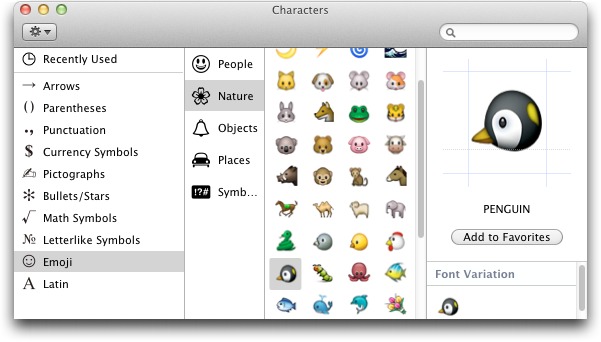 A Miscellany of Tricks — Here are some miscellaneous tricks you might not have known about: