Apple co-founder, former CEO, and chairman of the board Steve Jobs passed away Wednesday, 5 October 2011 at age 56. The news was released by Apple’s board of directors, whose statement reads:

We are deeply saddened to announce that Steve Jobs passed away today.

Steve’s brilliance, passion and energy were the source of countless innovations that enrich and improve all of our lives. The world is immeasurably better because of Steve.

His greatest love was for his wife, Laurene, and his family. Our hearts go out to them and to all who were touched by his extraordinary gifts.

On the same day, Apple CEO Tim Cook sent an email to the company that read:

I have some very sad news to share with all of you. Steve passed away earlier today.

Apple has lost a visionary and creative genius, and the world has lost an amazing human being. Those of us who have been fortunate enough to know and work with Steve have lost a dear friend and an inspiring mentor. Steve leaves behind a company that only he could have built, and his spirit will forever be the foundation of Apple.

We are planning a celebration of Steve’s extraordinary life for Apple employees that will take place soon. If you would like to share your thoughts, memories and condolences in the interim, you can simply email [email protected]

No words can adequately express our sadness at Steve’s death or our gratitude for the opportunity to work with him. We will honor his memory by dedicating ourselves to continuing the work he loved so much.

In his public life, Steve was known as a visionary; in his private life, he cherished his family. We are thankful to the many people who have shared their wishes and prayers during the last year of Steve’s illness; a website will be provided for those who wish to offer tributes and memories.

We are grateful for the support and kindness of those who share our feelings for Steve. We know many of you will mourn with us, and we ask that you respect our privacy during our time of grief.

When Jobs resigned from the CEO position back in August, we collected a series of reflections which are no less apt now (see “Steve Jobs Resigns: Reactions and Remembrances,” 25 August 2011).

Apple has set up a Remembering Steve Jobs page, with a link to an email address for people to share their memories and condolences.

It’s a massive understatement to say that Jobs profoundly affected all of our lives. It is perhaps most telling that many of us learned of his death via a device — a Mac, an iPhone, an iPad, or an iPod touch — whose creation was made possible in part through his work at Apple.

Our most heartfelt condolences to his family and friends. 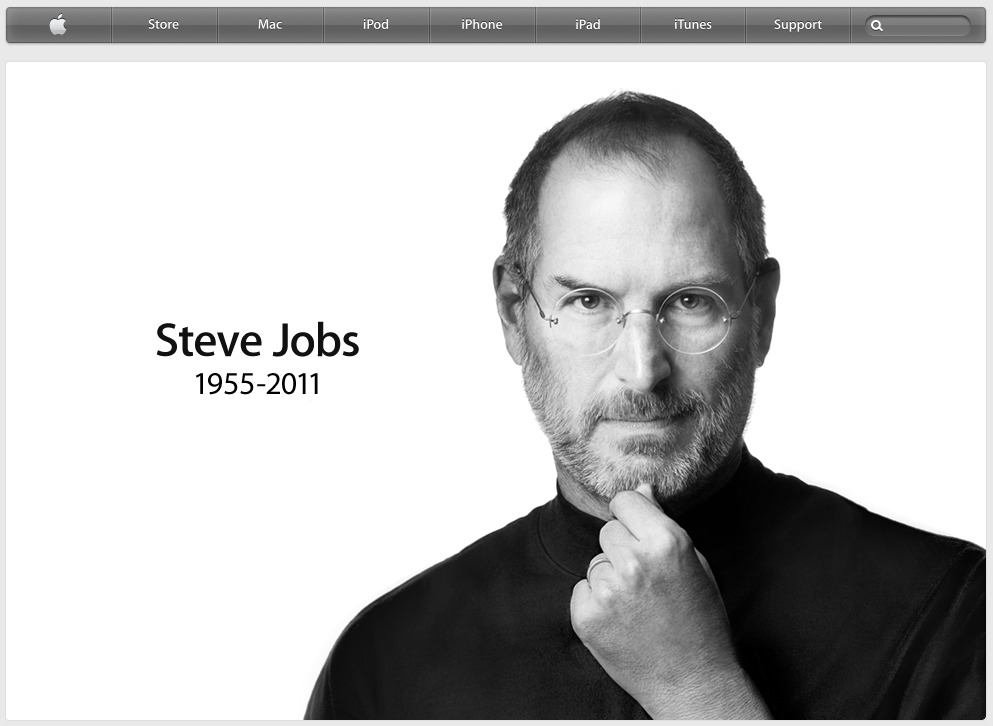 Global Reaction — After writing about Apple and Jobs for years, we at TidBITS certainly appreciate his legacy. However, we’re still surprised at the outpouring of sentiment following Jobs’s passing. Columnists, CEOs, and heads of state have written statements or remembrances, and Apple retail stores became impromptu shrines as thousands of people sought to pay their respects.

Here are links to some of these expressions of grief and respect that we’ve collected in the comments section of this article on our Web site. I know the number of items is daunting, but they’re worth it.

Comments About Steve Jobs Dead at 56