Since the introduction of the iPhone, Macworld Expo has focused heavily on iOS and apps, and this year’s Macworld | iWorld event was no different. Amid the booths demonstrating all manner of apps, photography and videography were particularly well represented. The cameras in the iPhone 4 and iPhone 4S are pushing the boundaries of what a “cameraphone” is capable of; I saw many more people snapping photos with their iPhones than with DSLRs or point-and-shoot cameras.

So, in addition to pointing out our favorite picks from the show (see Cool Products at Macworld | iWorld 2012, 30 Jan 2012), I want to spotlight some products that focus on shooting photos or video on iOS devices.

Game Your Video — When I talk to people about Apple’s iMovie for iOS, I emphasize how great it is to be able to edit video you’ve shot while the inspiration is still fresh, not hours or days later after you’ve imported the footage into your Mac. I suppose the folks at Global Delight must have thought on-site editing wasn’t exciting enough, so they came up with Game Your Video, a fun way to apply effects and sounds to footage as if you were playing a video game. The interface is very well done and easy to figure out, whether
you’re shooting video and applying effects on the fly or editing video you’ve previously shot. Game Your Video is designed for the iPhone or iPod touch (it’s not native on the iPad), and costs $1.99. Check out the video I did with Game My Video on YouTube. 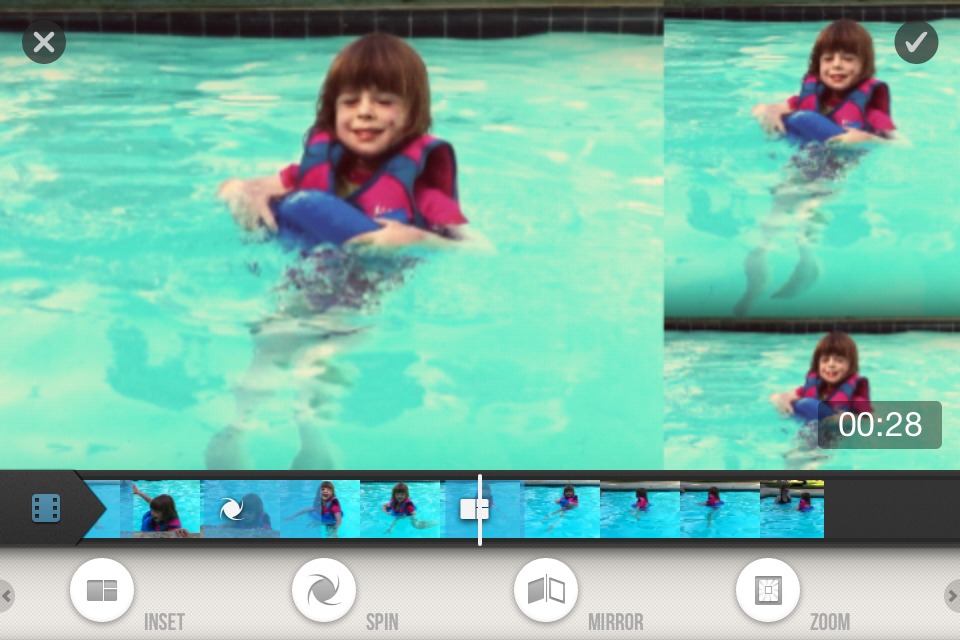 Video Camera — The folks at i4 Software believe you can do more when shooting video than just hit the Record button, which is why they were demonstrating the aptly named Video Camera app. In addition to capturing video, it has controls for editing the clips, adding titles and transitions, and including photo snapshots (even while recording). Where Video Camera gets more interesting is its capability to link up to eight iOS devices running the software on the same Wi-Fi network. With one device acting as the “stage” and the others as “players,” you can import and mix footage from each video source. Video
Camera costs $7.99. 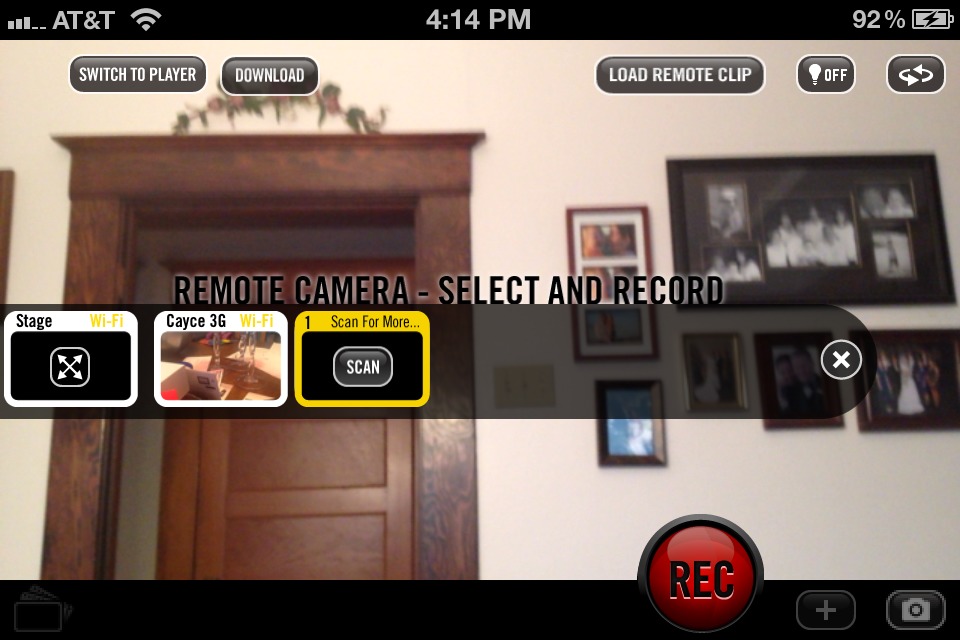 iSupport — Shooting video on the iPhone used to be a novelty, but the quality has improved so much that some reporters are now using the HD video from iPhone 4 and iPhone 4S devices for on-the-scene coverage. The $49 iSupport is a mount for iPhones that provides a better ergonomic position to shoot video and stills. It features two hand grips, a lens hood with a 37mm thread for attaching add-on lenses, and a threaded hole for attaching the unit to a tripod. 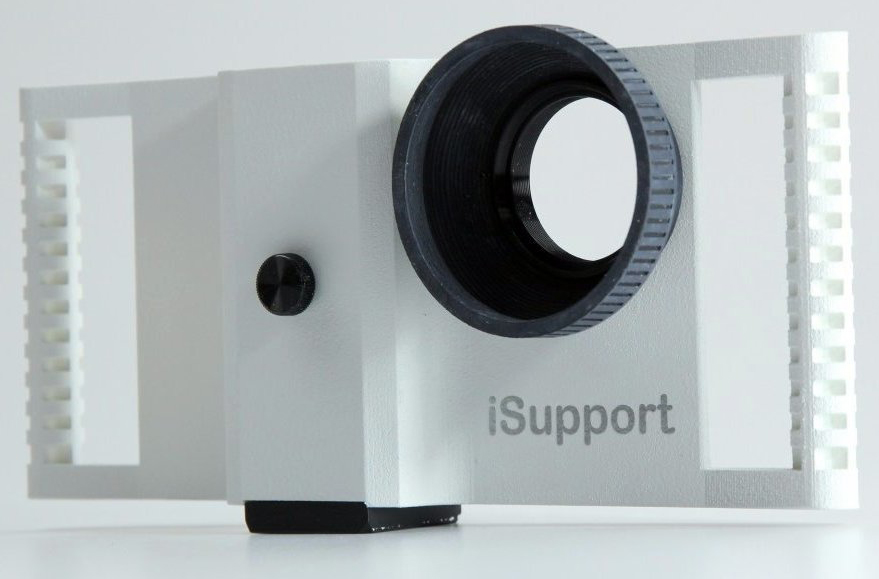 For $79, the iSupport Pro is made of machined aluminum, features a spring-loaded bracket, and is available in black, white, or chrome. The iSupport folks also showed off the Cine Bundle, a $189 mount that features additional threaded holes for attaching accessories such as lights or monitors, two mini ball mounts, and a stabilizing tripod.

Olloclip and iPro Lens — When Apple introduced the iPhone 4S, the company emphasized the improved quality of the camera. While impressive, for those serious about using the iPhone as their go-to camera, two exhibitors offered external lenses that add wide-angle, fisheye, and macro (in one case) capabilities.

The $69.99 Olloclip, which had its seed funding via a Kickstarter project, is a three-in-one snap-on lens for the iPhone 4 and 4S. Flip it one way and it’s a fish eye lens with 180°-view; flip it the other, and it’s a 10x macro. Unscrew the macro lens, and you have a wide-angle that pulls in roughly two times the area. On Saturday afternoon, the company had sold out its supplies, the makers were exhausted, and they could barely keep their hands on the two remaining demo units.

Although not as compact as the Olloclip, the $199.99 iPro Lens System from Schneider Optics consists of a case for the iPhone 4 or iPhone 4S that features a bayonet mount to attach either a wide-angle lens or a fisheye lens. The lenses are stored in a clever tube that attaches to the iPhone case to be used as a handle or for mounting on a tripod.

(These samples aren’t the most artistic in the world, but do show the differences in angle.) 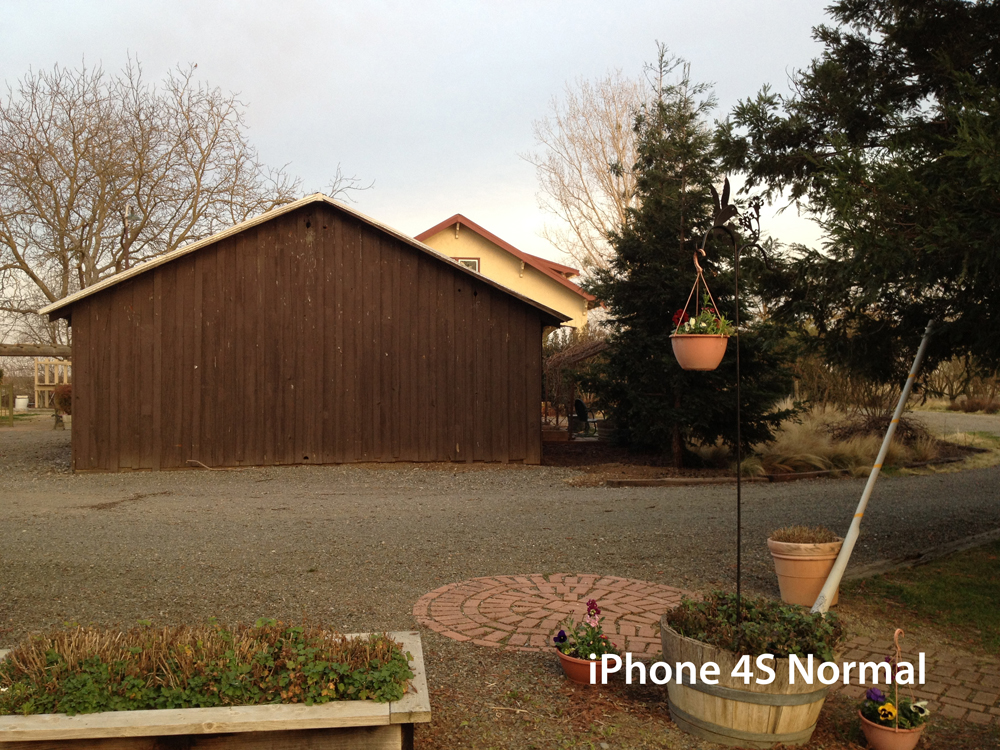 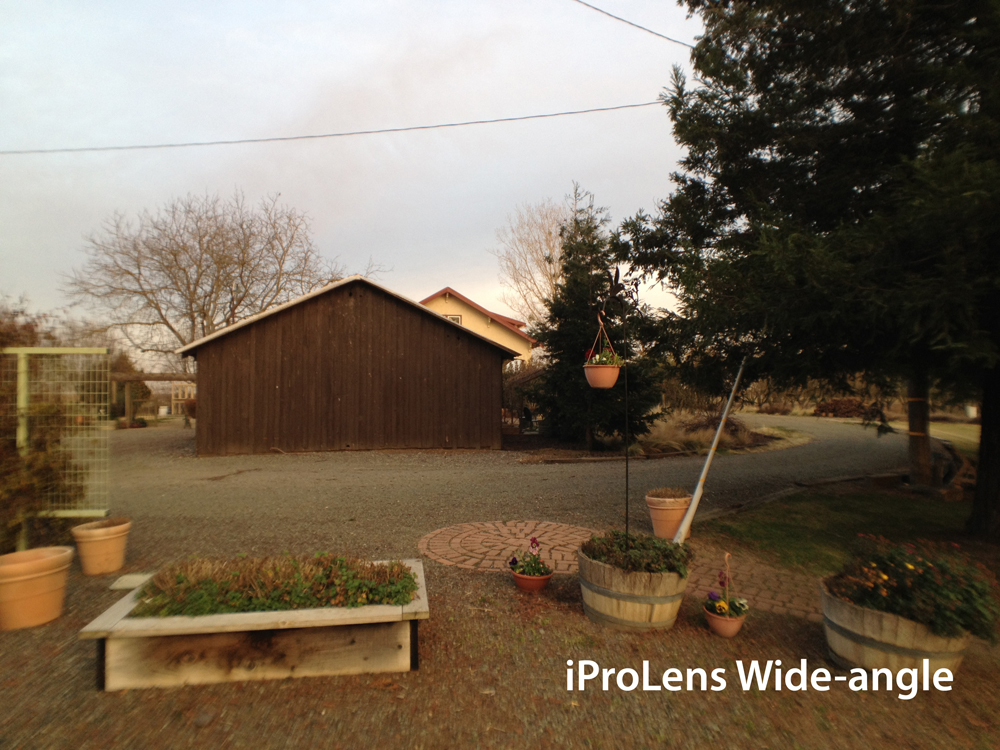 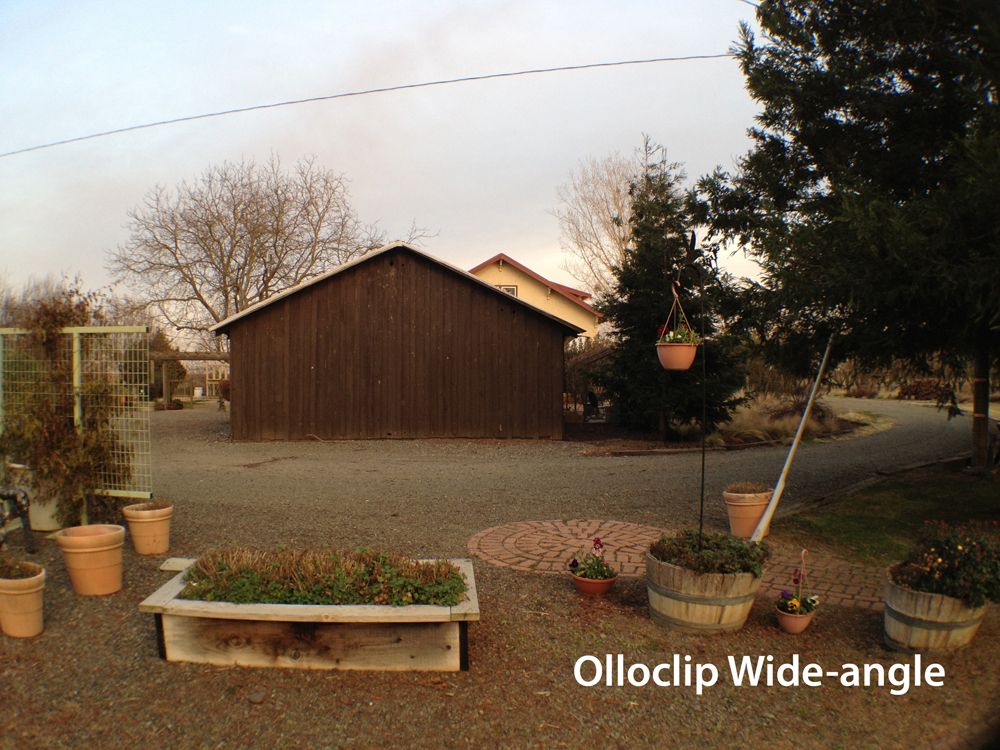 AntiCrop and TouchReTouch — Plenty of iOS apps let you add photo filters and effects to your images, or adjust attributes such as exposure and saturation, but some 99-cent apps from AdvaSoft bring sophisticated editing to the iPhone, iPod touch, and iPad.

AntiCrop analyzes an image and paints in areas that didn’t originally contain pixels, such as when you rotate a photo or want to extend the edges. The quality of the effect depends largely on the original photo — edges with sky or easily repeatable patterns work best — but the end result can be impressive. 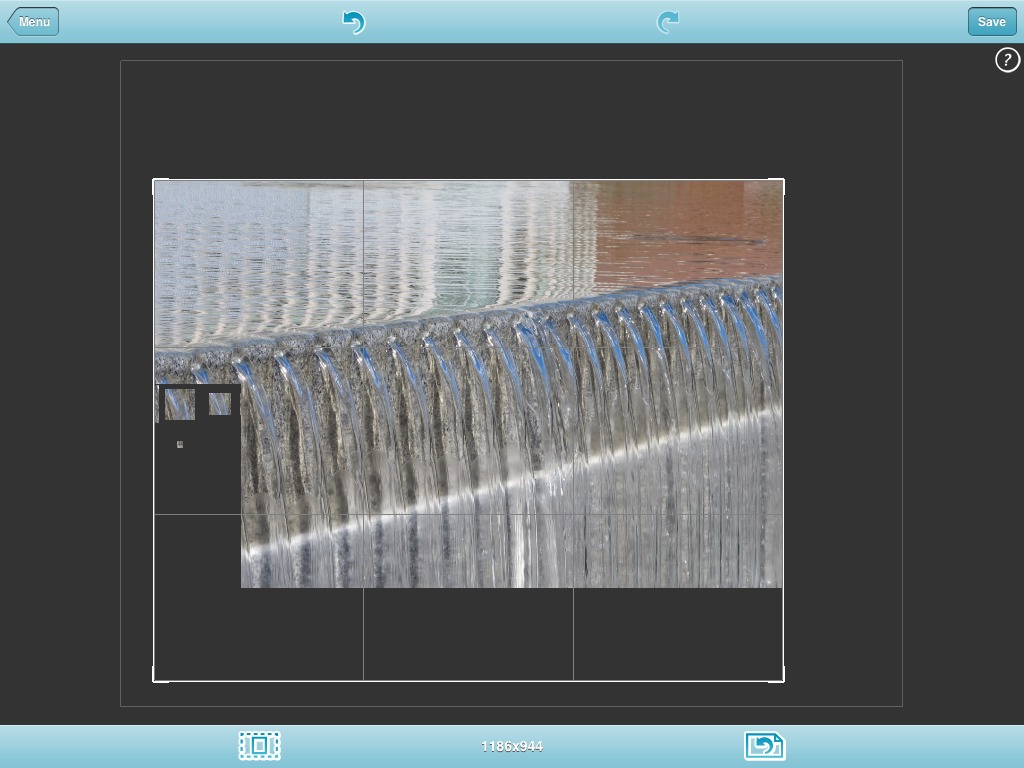 TouchReTouch and TouchReTouch HD (the latter for iPad) enable you to paint out objects in a photo that might be distracting. Use a lasso tool to draw around areas, or paint with a brush, and then tap the Go button to make the objects disappear. 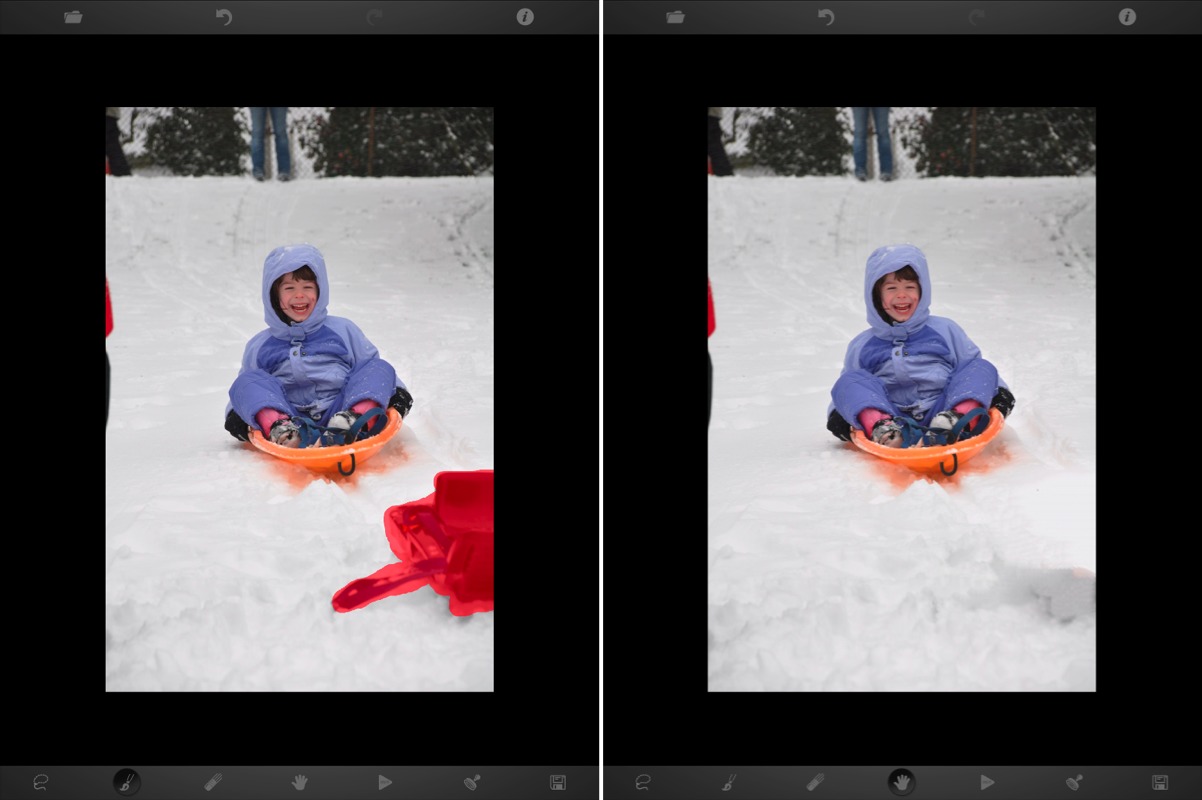