[24 May 2012 update: A month after Airfoil Speakers Touch 3 became available, Apple has pulled it from the App Store without any explanation to Rogue Amoeba. -Glenn]

[6 June 2012 update: Airfoil Speakers Touch 3 is back in the App Store without the capability to act as an AirPlay receiver, though it can still receive audio from Macs and PCs. Why? Because Apple didn’t like it, that’s why. -Glenn]

Rogue Amoeba’s Airfoil has long been a nifty way to redirect audio from a Mac (and later from a Windows system) to other computers running Airfoil and the Airfoil Speakers program, as well as to AirPlay (formerly AirTunes) receivers, including the AirPort Express Base Station. Airfoil lets you decouple audio from any program and system output, and push it over a Wi-Fi or Ethernet network to where you want. 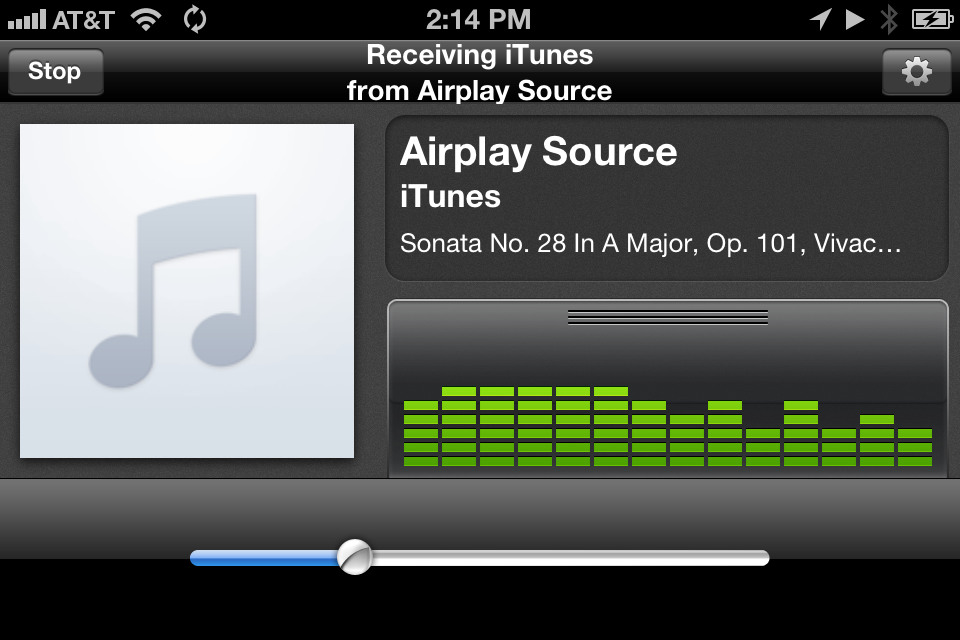 This could be a great use for an outdated iPhone or iPod touch, perhaps one with a cracked screen or bad battery. You could then plug the device into wall power, attach a pair of powered speakers via a stereo headphone jack, and use it to extend audio to wherever you like.