You can use the Find My iPhone app to locate a wayward iPhone and Find My Friends to find a family member, but what if you want to find an iOS app on one of the many pages of your iOS device’s Home screen? It’s hard to believe, but there isn’t an app for that. If you’ve noticed that you’re repeatedly hunting through multiple Home screen pages and folders for a particular app, here’s how to detect where its icon is hiding, and how to move it to a more memorable location.

(As an aside, this problem exists because the Home screen, which is actually an app called SpringBoard, scales poorly to hold tens or even hundreds of apps. Since the App Store makes it so easy to buy apps and download free apps, and there are so many to choose from, many users end up with cluttered, disorganized Home screens. If Apple allowed different Home screen pages to have different wallpaper, it would be significantly easier to differentiate between pages.)

One quick but unreliable solution for accessing a mislaid app works only if the app is one that you’ve used recently. You can switch to a recently used app by double-pressing the Home button and then tapping the app’s icon on the multitasking bar. On an iPad, you can also access the multitasking bar by dragging up from the bottom of the screen with four or five fingers. You can swipe left on the multitasking bar to reveal more apps, in order of last use, but if the app you want wasn’t recently used, you may need to swipe multiple times to find it. Worse, this technique doesn’t teach you where the app’s icon resides on your Home screen. 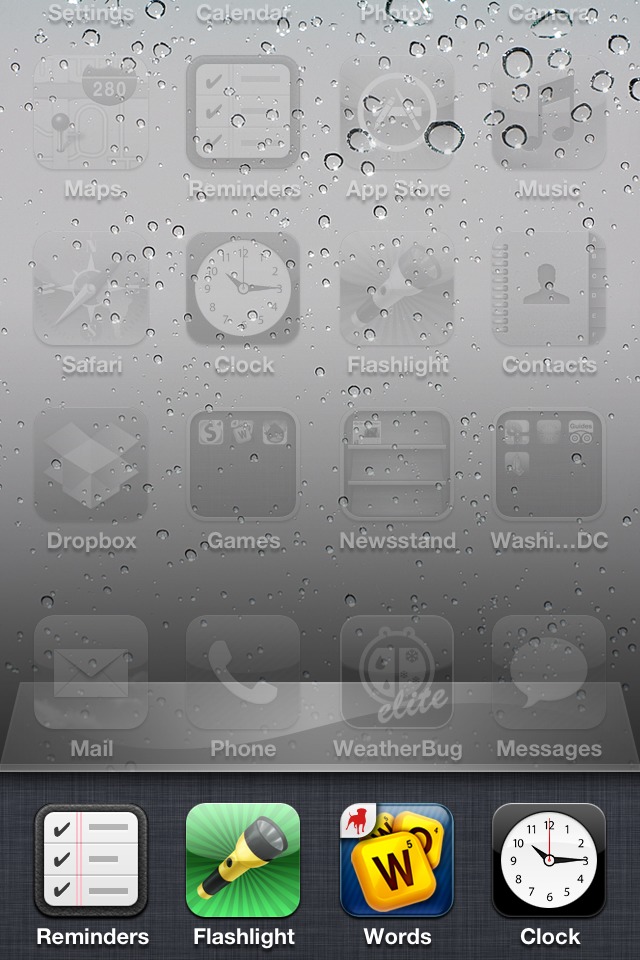 A more direct searching option is to use iOS’s Spotlight feature. From the first page of your Home screen, swipe right to access the Spotlight search screen. Then start typing the name of the lost app. Spotlight should nose out the app in short order, and then you can tap its name to switch to it. If apps don’t appear in the search results at all, look in Settings > General > Spotlight Search to verify that a checkmark appears adjacent to Applications. If there’s no checkmark, tap Applications. 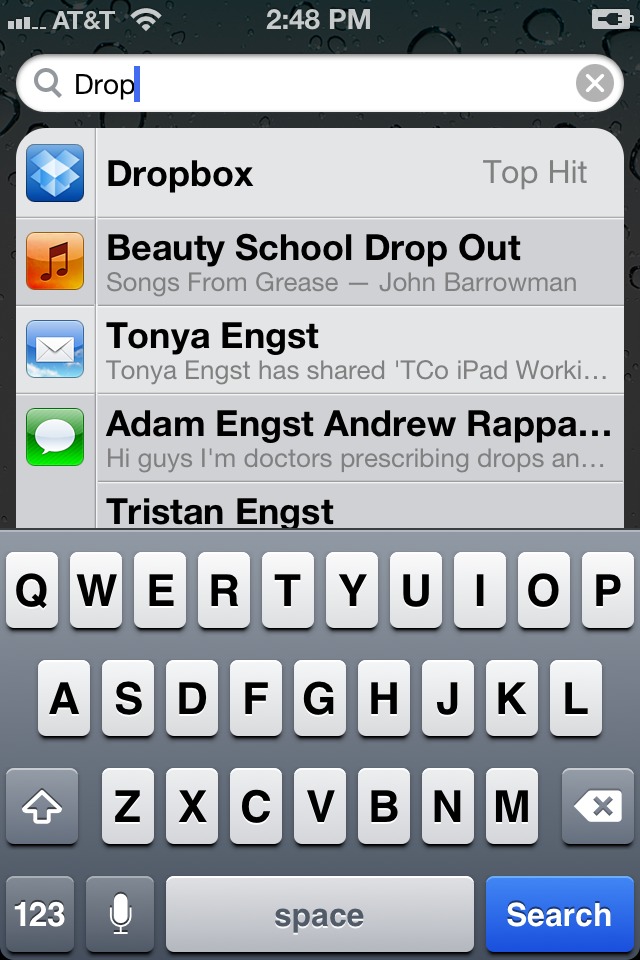 Problem solved, right? Well, no. Next time you can’t find your app, you’re back where you began, searching from scratch. (A number of TidBITS staffers have admitted that this is their primary way of accessing apps.) If Apple wanted Spotlight to help you learn, rather than to just provide direct access to apps, tapping the app’s name could instead highlight the app’s icon where it’s located on a page of the Home screen. Then you would have a chance of remembering its location next time.

Fortunately, there is a better way, if you’re willing to put in a little organizational time. It requires that you sync apps between your iOS device and iTunes on a computer. In fact, one of the little-known benefits of syncing with iTunes on a computer is that you can use iTunes to locate an app icon lickety-split. Assuming that you’ve already set up an iTunes sync for apps, here’s how to find your app:

The image at the right shifts to show the page containing the app, and the app’s icon takes on a blue outline. The outline can be hard to perceive, but if you know to look for it, you should be able to spot it. For example, the screenshot below shows the blue Dropbox icon outlined near the lower right, just above the Messages icon on the Dock. Also, I can tell that Dropbox is on the third page of the Home screen because the third indicator dot above the Dock is white, as is the numeric label 3 for the thumbnail at the far right. 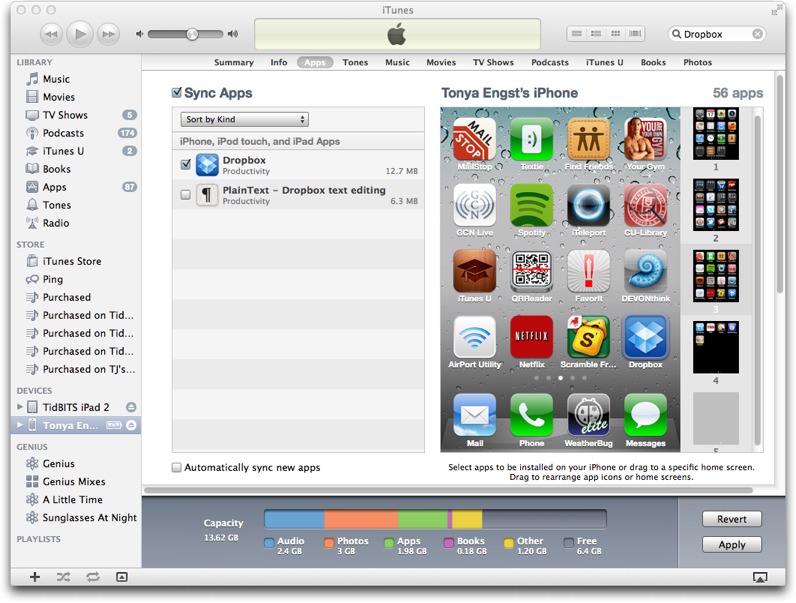 Now that you’ve pinpointed your app’s icon, you can leave it in that location, or you can drag it to a different position on the current page or to one of the adjacent thumbnails of a different page. Of course, you can do this on the device too — just tap and hold on an app icon until all the icons wiggle. Then drag a particular icon to the desired location and press the Home button to save your change and stop the wiggles — but it’s harder to move icons across pages this way. You can move only a single icon at a time when in
iOS; in iTunes, you can select multiple icons to move at once.

Of course, this solution assumes that you’re likely to remember the new location as well, which may not be true if you have so many apps that your first few Home screen pages are already full. In such a situation, you can choose from a few approaches:

If you have other techniques for dealing with overflowing Home screen pages, share them in the comments!

Comments About Find Your App, and Keep It Found