I know several people who aren’t fans of Apple’s Smart Cover protector for the iPad 2 and third-generation iPad, but the flexible magnetic cover has always worked well for me. It keeps the iPad slim, doesn’t add much weight, and — thanks to magnets in the cover and the iPad — wakes up or sleeps the iPad when you open or close it.

What a Smart Cover doesn’t do is protect the back of the iPad. That isn’t a real problem for me, since the iPad is usually on my desk or in a slim pocket of my laptop bag. The back is aluminum, so if it gets a little scratched up, I consider it to be the mark of a device well used. But enough people cited it as a reason for not using a Smart Cover that, when approached to review an interesting protective case, I thought I’d give it a shot.

The case I’ve used for the past few weeks is the Hammerhead Capo Case, which fits the new iPad and the iPad 2. It costs $39.99 and is available in blue, white, red, black, and bright orange (my pick).

The Capo Case covers the entire iPad, exposing only the necessary ports and controls (headphone, sleep/wake button, dock connector, rear camera, and volume and mute buttons). The case is constructed of a polyurethane shell, which is covered on front and back with rubbery panels that feel a bit like holding a basketball, but not quite as grippy. 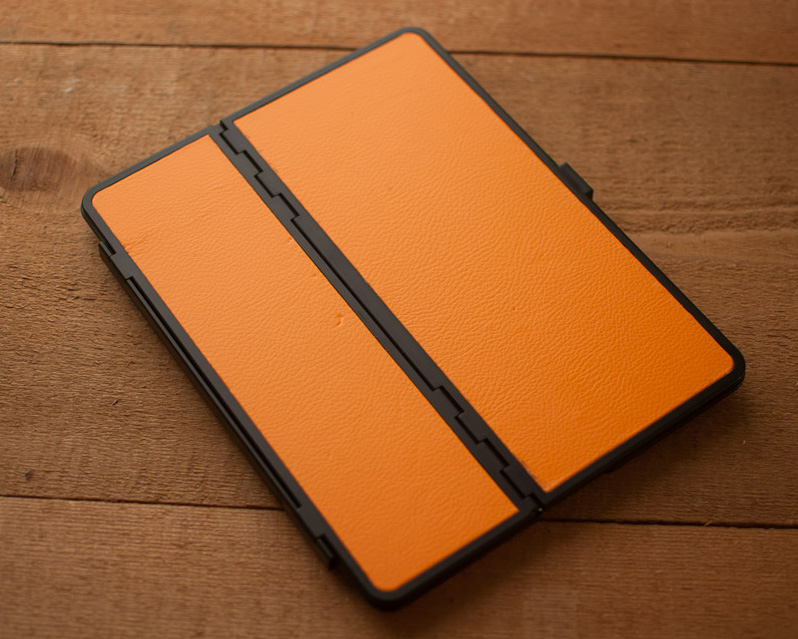 It’s also susceptible to pressure dings — a few indentations have appeared on mine where it rested against something sharp, like the corner of my camera or laptop power adapter. It’s not a problem if you don’t mind a little wear and tear, but might annoy those who want a pristine surface. 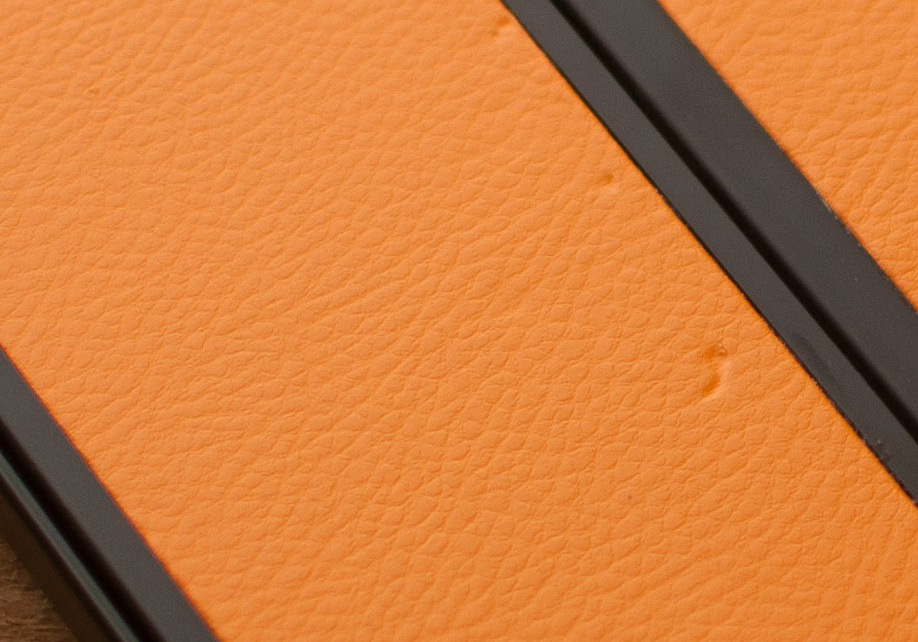 A plastic tab secures the front cover to the back, so there’s no way the case will accidentally open in a bag (something that can happen with Apple’s Smart Cover). The tab is a bit too stiff for my tastes, even after hundreds of openings and closings. However, even if I don’t latch it securely, the magnets in the cover still interact with the ones in the iPad to put the device to sleep.

Compared to the Smart Cover, the Capo Case cover has a more limited range of motion. Just one hinge on the front folds 90 degrees; the left side offers a double hinge that lets you fold the entire cover around to the back of the case and out of the way. I’ve grown accustomed to folding my Smart Cover over twice so that I have a little handhold for my left hand as I’m reading. 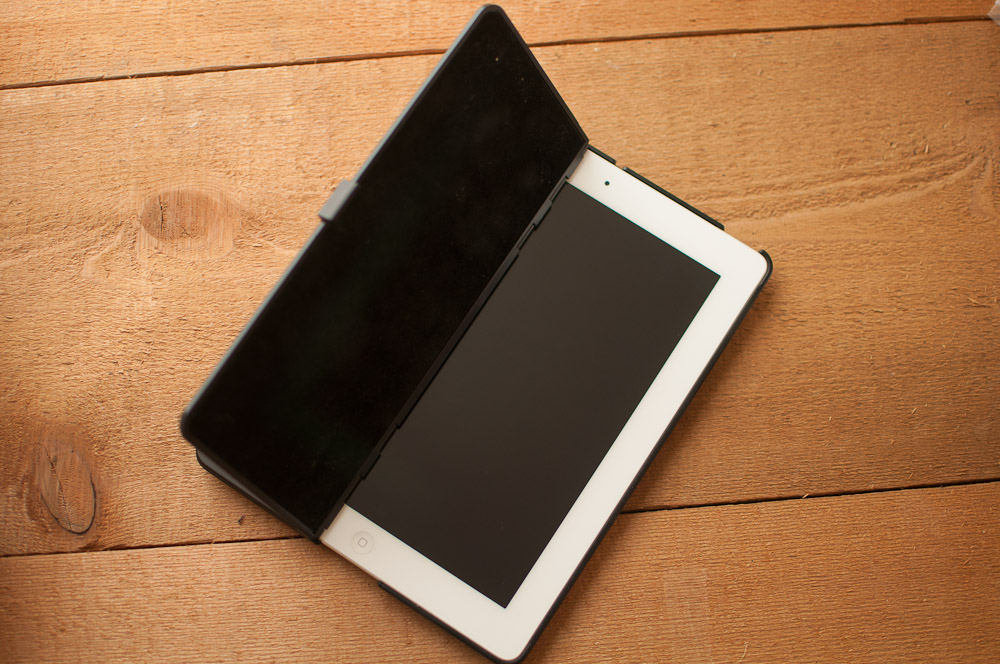 But the Capo Case construction works a bit better if you want to prop the iPad up vertically, thanks to three notches on the back of the case that accommodate the latch. The cover hinge provides a broader base than the Smart Cover, making it more difficult to topple the iPad accidentally. 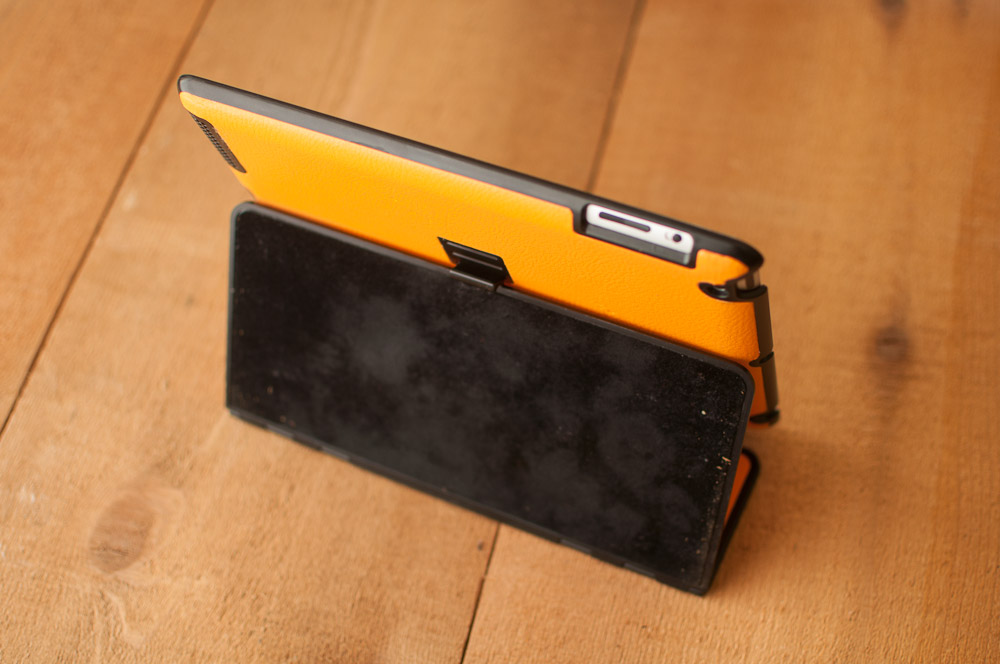 Turning the case around so the iPad is positioned for typing isn’t as elegant: The case relies on the front hinge’s 90-degree fixed angle to prevent the cover from folding flat. It works, and is sturdy, so perhaps I shouldn’t complain. But it seems like an odd way to provide this feature. 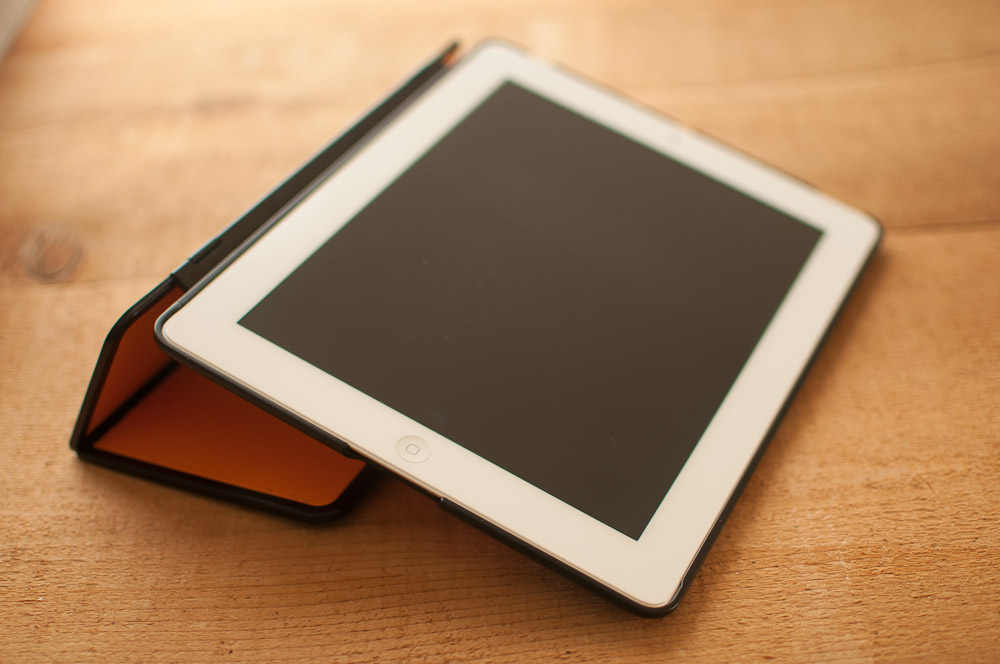 I wasn’t willing to throw my iPad down a flight of stairs or slide it off a table onto concrete, so I can’t vouch for how much impact protection the case offers. I had no qualms about putting it into a backpack filled with a DSLR and other bits of gear. (Hammerhead’s Web site features video of someone backing a pickup truck over an iPad in the case, although face down so the wheels could go over the rounded back — would it be as intact flipped over? I’m not willing to find out on purpose.)

Of course, that protection comes at the expense of thinness. An iPad by itself is 0.37 inches (9.4 mm), and a Smart Cover adds another 3 mm or so to that. I measured the Capo Case at 0.63 inches (14 mm). If you’re looking for protection, that’s not a bad tradeoff — many cases make you wonder if the manufacturers are hoping customers want to carry iPads like copies of War and Peace.

But here’s where the Capo Case and I diverge. I like the thinness of the iPad, and don’t want to give that up. The Apple Smart Cover protects the most valuable part, the screen, and gives me a way to hold the iPad without smudging the glass.

I realized that I don’t want this level of hard-case coverage for a device I always carry with me. I’m sure that for some people, those two things aren’t exclusive: if the iPad goes everywhere, it needs more protection.

I’m happy to recommend the Hammerhead Capo Case to anyone who wants more protection for their iPad without bulking it up as some other cases do. It’s sturdy and fits the iPad well, and is priced right. I’m just not that person.

Comments About Hammerhead Capo Case Protects iPad without Much Bulk