One notable feature of the Dropbox file-sharing service is the Public folder. Put any file or folder in that folder, Control-click the item, and choose Dropbox > Copy Public Link to get a download URL for it, while not exposing any other items in the Public folder or having to set up explicit sharing. When clicked, the file loads in the user’s Web browser, which means, for everything other than the file types that Web browsers display internally (HTML, JPEG, GIF, often PDF), that the file downloads immediately.

It’s a great way to let someone — or better yet, an arbitrary group — download a file without sending it in email or fussing with a specialized service like YouSendIt. (Such services have their place, since they offer additional features such as time-limited downloads, password protection, and so on. But they’re often overkill, and Dropbox is super easy.)

You can even use Dropbox’s Public folder as a way of publishing a simple Web site; just put all your site files in a folder, copy that folder to the Public folder, and use the same technique to get the URL to the index.html file of the site. As long as your site uses relative links for internal navigation, everything will just work.

A few months ago, however, Dropbox made it possible to share any file or folder from any place in the Dropbox hierarchy in much the same way. Control-click the item and choose Dropbox > Get Link. This nominally does the same thing — enables you to share a single file or folder via a URL without sharing the enclosing folder with that person. But there’s a difference. This new method always takes you to a Web page on the Dropbox Web site, displaying the content if the browser can do so. But if it can’t display the content, instead of downloading the file as happens with files in the Public folder, Dropbox displays a custom Web page that lets the user download the file or add it to their own Dropbox. And as a result, you can’t
publish a simple Web site that way. 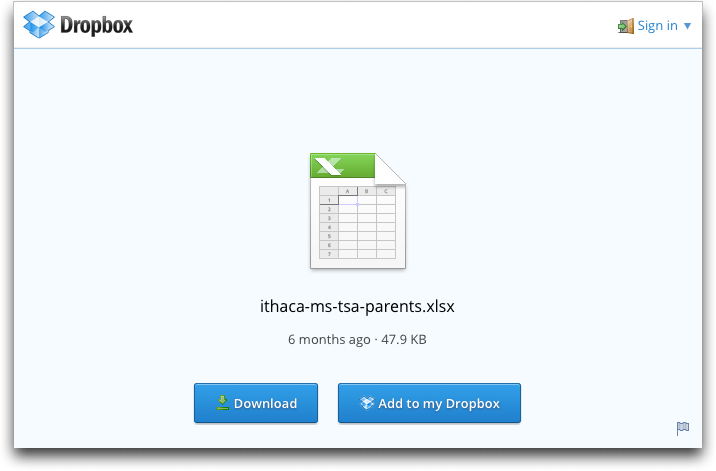 You might think that these two features sound quite similar, and that’s where our story starts, about a month ago, when word appeared on the Dropbox forums that Dropbox would be eliminating the Public folder from new accounts. Current accounts would retain the Public folder, Dropbox said, but the company claimed that many users were confused by the Public folder and shared files offering essentially the same functionality.

This announcement provoked a storm of protest — and even a “Save the Public Folder” petition that garnered over 900 signatures — since even if only a small percentage of Dropbox users rely on the Public folder, some of those who do have use cases that require direct file access rather than an intermediate Web page. Plus, some developers had built software that assumes the presence of a Public folder.

About a week after the initial announcement, Dropbox pulled back, with another forum post saying that new users wouldn’t have the Public folder enabled by default, but that there would be a way for them to get one. That post also said that developers should still avoid relying on the Public folder, since not every Dropbox user would necessarily have one, and that the company wants to provide equivalent functionality through the API where possible. It’s not quite clear if that is true at the moment, but progress is being made.

It’s easy to see this as a tempest in a teapot, but there’s no way for us to know if the public outcry was key for the company making the Public folder an option for new users and extending the Dropbox API for developers. It’s entirely possible that Dropbox simply underestimated the desire for the Public folder and some of its associated features, and the hue and cry from users and developers alike caused the change in policy. If so, there’s no reason to assume negative intentions anywhere — Dropbox removed the feature to make the product easier for new users, and after hearing customer feedback, reinstated it for those who want it and extended the API to compensate further.

The moral of the story would seem to be that all’s well that ends well, and if you’re helping a new user set up Dropbox in the future, you may need to poke around in the settings to enable the Public folder.