iTunes 11 promises a simpler interface for interacting with your media library, but don’t forget that iTunes is also a central hub for working with your iOS devices. If you sync and configure an iPhone, iPad, or iPod touch using iTunes (versus doing it all via iCloud), the new version may initially be confusing.

The Hidden Sidebar — In iTunes 10 and earlier, iOS devices show up in the sidebar at the left side of the screen. When you select a device, the main iTunes window reveals options for choosing which media to sync, which apps to include, and so on.

iTunes 11 doesn’t have a sidebar — at least, it doesn’t appear so initially. If you prefer the old look, choose View > Show Sidebar (or press Command-Option-S) to reveal it. 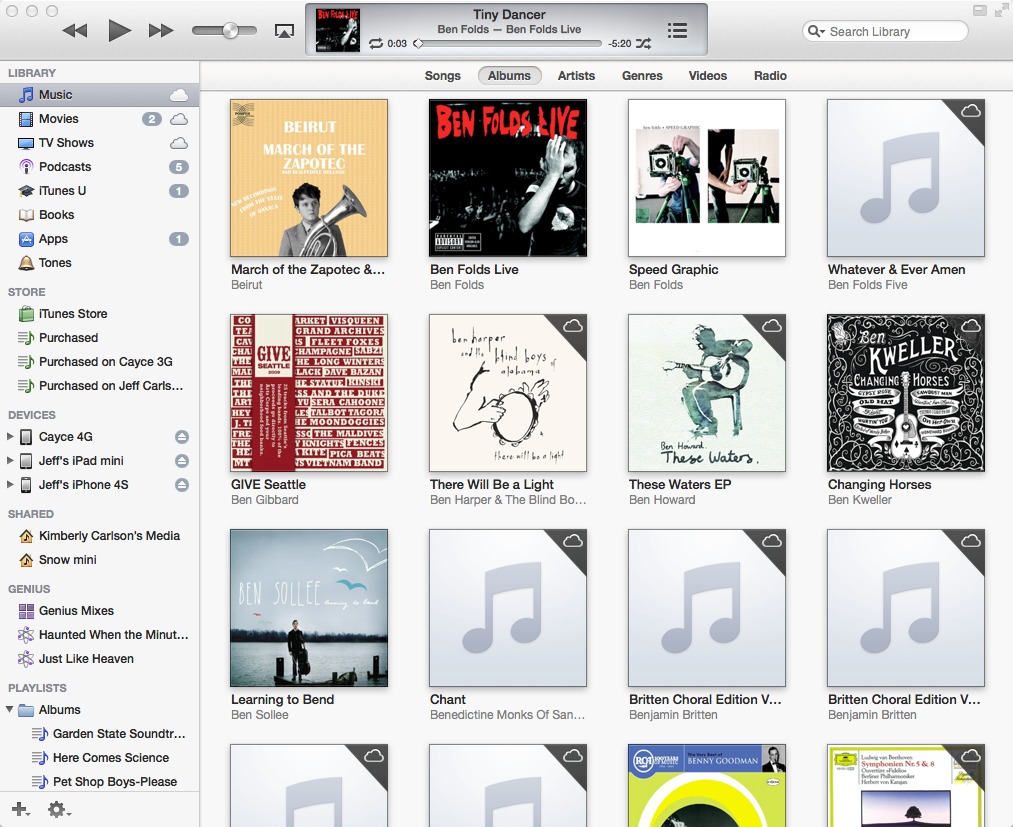 Tasty Popovers — If you’d rather give the new approach a try (and you should), iTunes 11 handles iOS devices in a new button at the right edge of the toolbar. If you have only a single iOS device, clicking the button (named for the device) displays its settings; if you have more than one, clicking the button (now named Devices) shows a popover listing connected devices, along with how much storage is being used and current battery level. 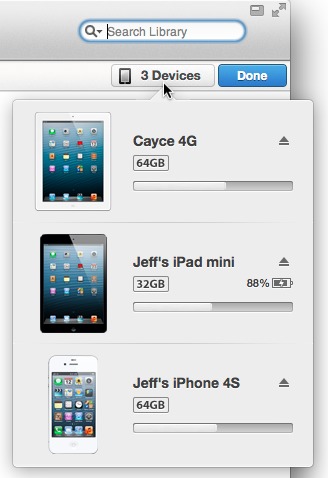 If your devices are set to sync wirelessly, they show up whether they’re physically connected or not, although the battery level appears only for physically connected devices. (You enable Wi-Fi syncing in the iTunes Summary screen with “Sync with this iPad over Wi-Fi” in the Options box. If you’ve turned off Wi-Fi sync, you need to connect using a cable to re-enable it in iTunes.)

Click a device name to access its settings, but beware that it may take a few seconds to appear if you’re using Wi-Fi syncing. When you’re finished, click the blue Done button at the upper right to return to your media library. 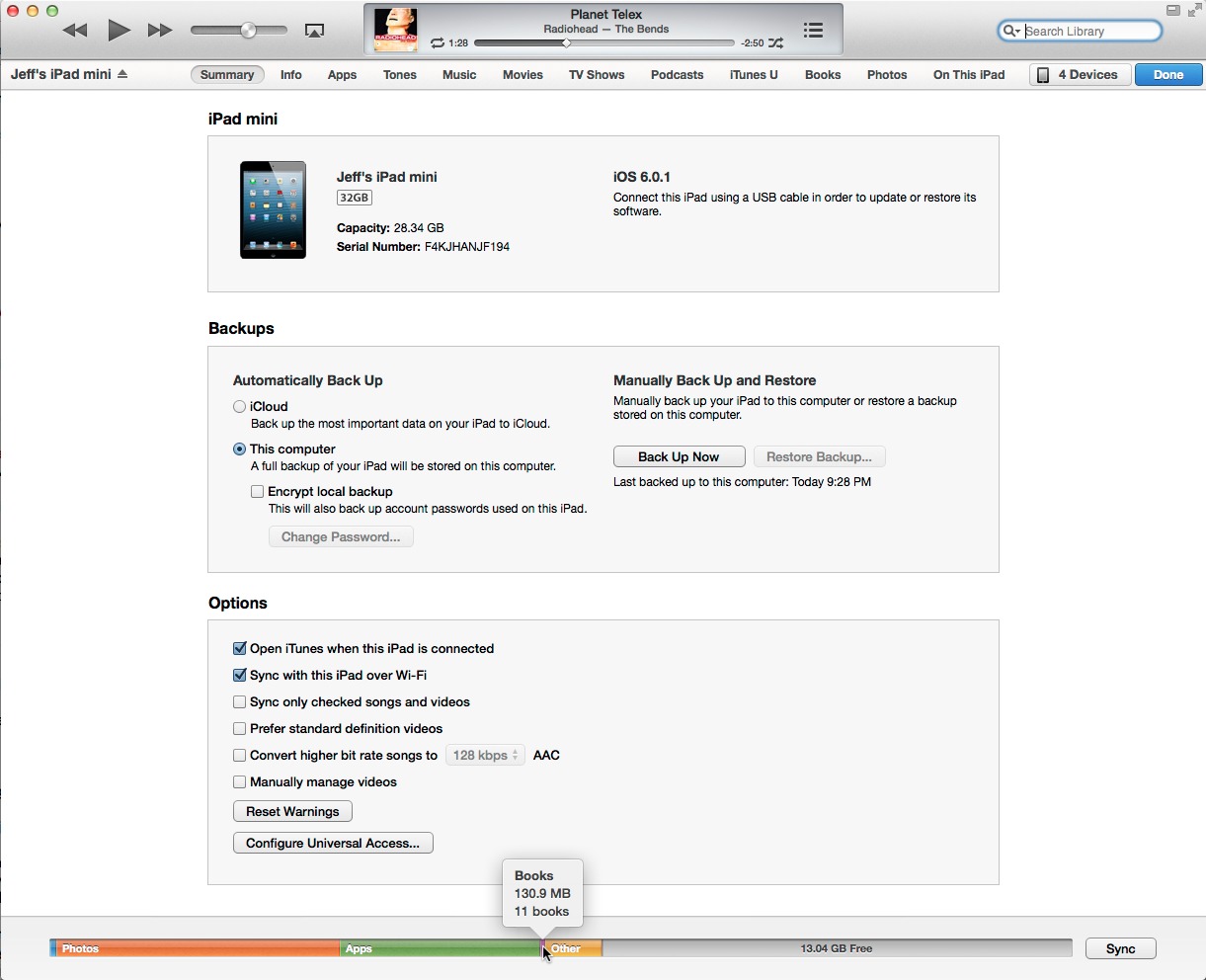 Redesigned Controls — The device syncing options are similar to what appeared in iTunes 10 and earlier, with a few notable differences: 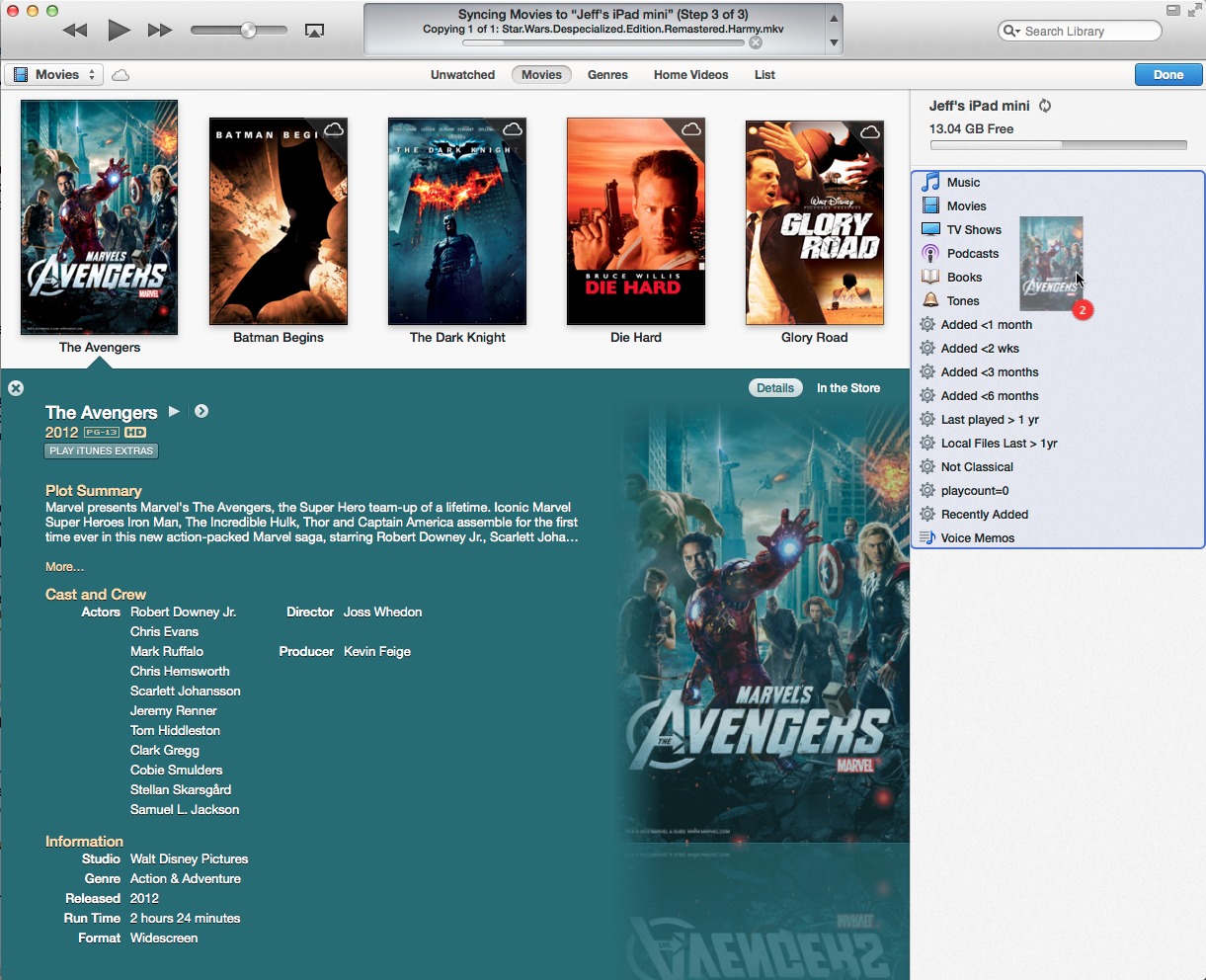 Overall, the changes related to iOS devices in iTunes 11 aren’t as dramatic as they first appear. You can go back to the familiar behavior of accessing your iPhone, iPad, or iPod touch in the sidebar, or enjoy a less-cluttered interface by jumping to dedicated screens for each device. And some of the ways Apple moved previously hidden functionality out into the open is certainly welcome.