iTunes 11 is such a major interface change that it has generated two common refrains among users. Some people have exclaimed about this or that “new” feature, when it was actually present in iTunes 10 all along and they simply hadn’t noticed it before. Others have emoted about the loss of beloved features, when those features have merely moved to a different location, or are available only in certain scenarios. (For details of new features, see “Redesigned iTunes 11 Brings iCloud Streaming and New MiniPlayer,” 30 November 2012.)

But at the risk of opening myself up to being told that I just didn’t look in the right place or hold down the necessary modifier keys, there are a number of features that Apple really did remove from iTunes 11, much to the consternation of some users. What should you do if you’re missing these features? It’s possible, though not likely, that Apple will bring these features back in a future version of iTunes 11, but more realistically, you can:

Missing in Action — I’ll discuss those options in more detail later, but let’s first consult the back of some milk cartons to see what features are missing from iTunes 11. Note that I’m intentionally not including features that are present, but are more awkwardly accessed or displayed differently in iTunes 11. (For an example, consider album artwork, which no longer appears at the bottom of the sidebar and can be added by dragging an image either to the song information display at the top of the window or to the Artwork view of the song’s Get Info window.) 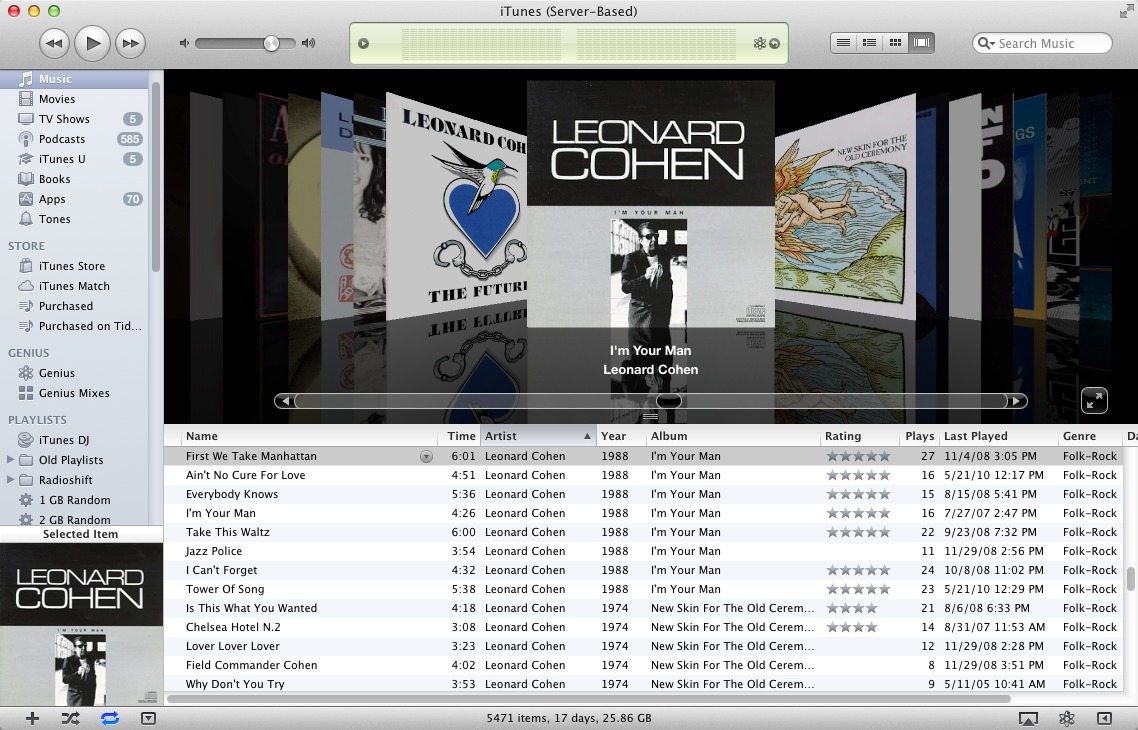 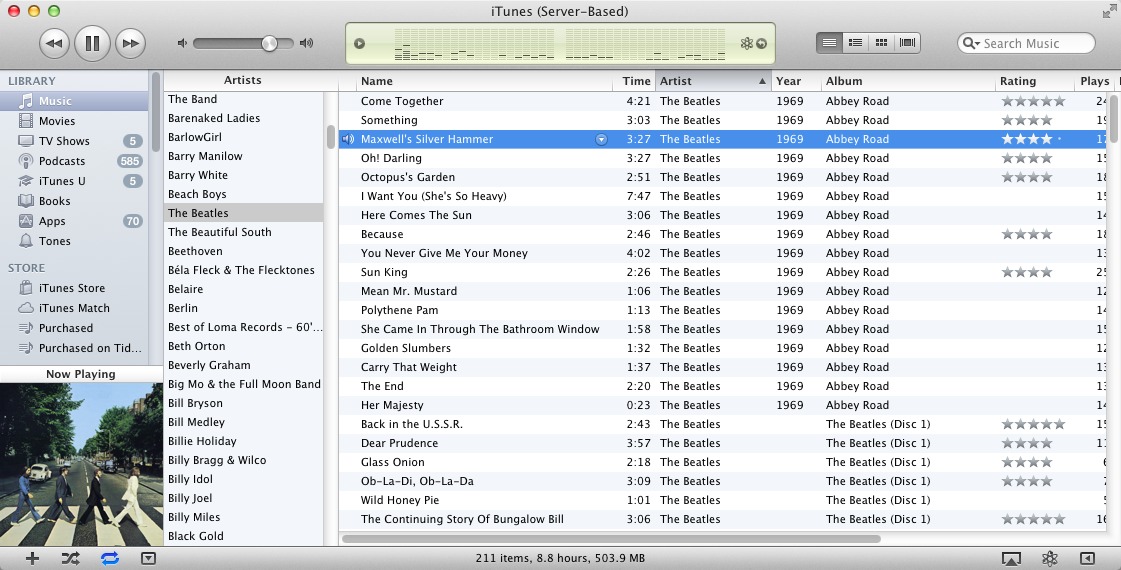 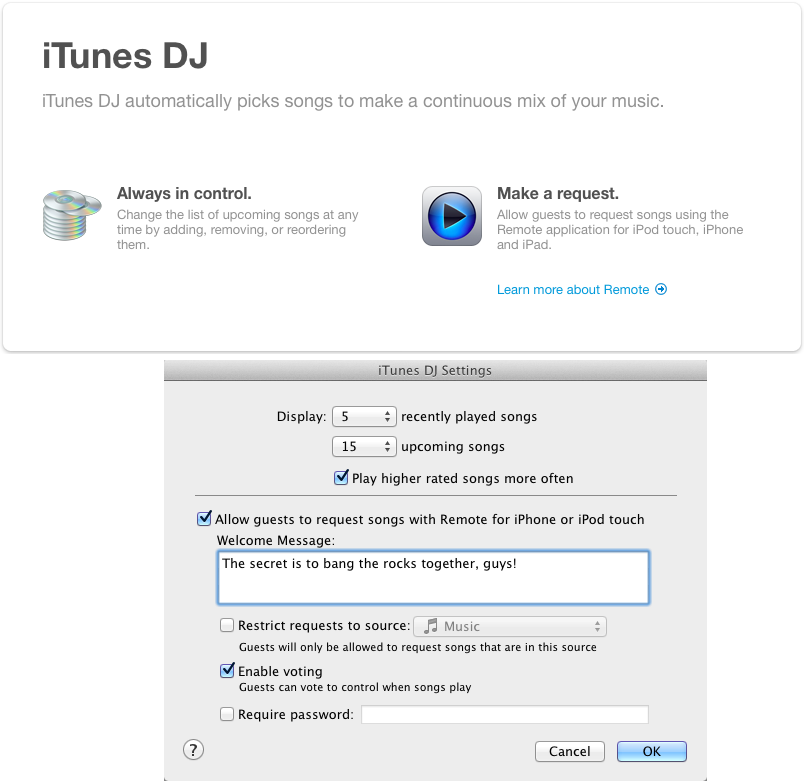 Downgrading to iTunes 10 — If one or more of these features is essential to your iTunes usage patterns, it is theoretically possible to downgrade to iTunes 10. It’s not easy, though, and there may be problems that aren’t initially apparent. The problem is that iTunes is essentially part of OS X now, so getting iTunes 10 back involves more than just reinstalling the application. Several people in an Apple Support Communities thread have posted sets of directions: one relies on pulling necessary framework files back via Time Machine, and the other relies on the Pacifist
utility that makes it possible to install older files over newer ones.

I must admit, I’m leery of this approach, for two reasons. First is the concern that it may not work as well as initially thought. But second, and more important, it’s only staving off the inevitable. Apple won’t continue supporting iTunes 10, and it’s only a matter of time before you buy a new iPhone or do something else that requires iTunes 11.

iTunes Alternatives — A better approach might be to stick with iTunes 11 for working with your iOS devices, but switch to a different application for playing music. There aren’t many options here, but I found two that replicate many of the features of iTunes (but alas, not playlists in separate windows). Whether they’ll meet your needs is a question only you can answer, but both are free so you can test them easily.

Songbird can import all your media (and playlists, though not smart playlists, which must be recreated) from iTunes and can also export any new media added to Songbird back to iTunes, thus ensuring that you don’t get out of sync. It doesn’t duplicate files, but instead just points at them, so you don’t have to worry about it consuming vast amounts of disk space. In my initial usage, Songbird appears to be a reasonably full-featured music player that mimics a lot of what iTunes has done (note the three-pane column browser in the screenshot) though with less depth. As a cross-platform app, it also doesn’t look particularly Mac-like, though you can download and install themes (called
“feathers”). It also sports a full Web browser (a version of Firefox, I think) inside, and can open multiple tabs to different pages and aspects of its interface. I worry a little, based on the way the Songbird site focuses on the company’s Web, Android, and iOS apps, that the desktop version may not get much attention, but that’s just an impression at this point. 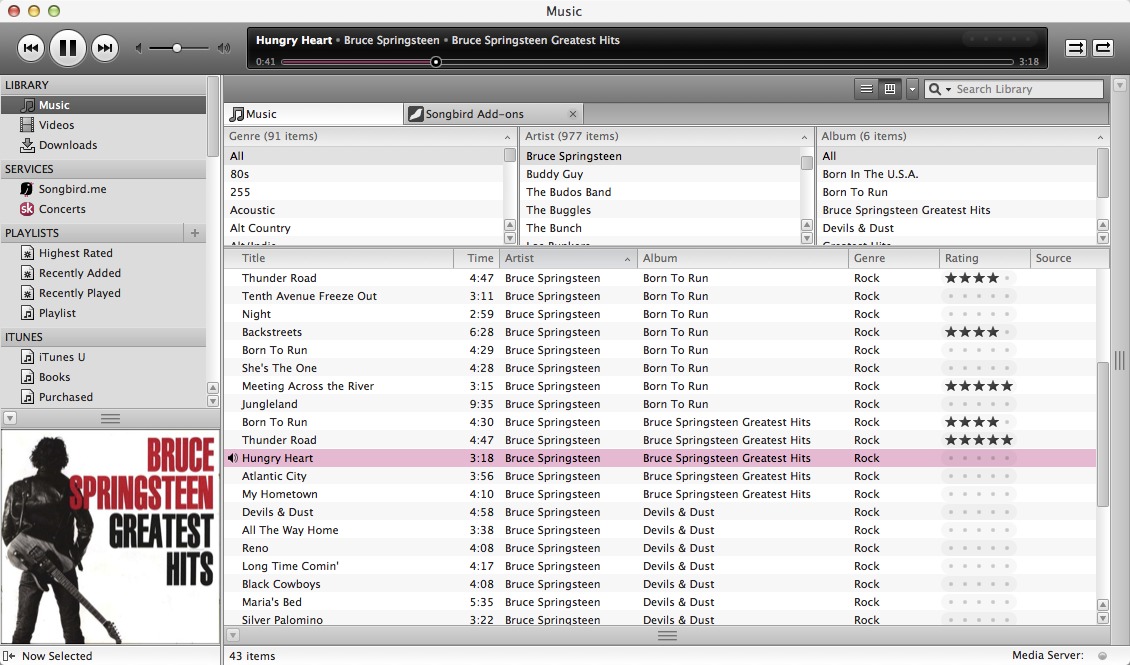 doubleTwist looks far more Mac-like than Songbird, but has fewer options. It too builds its music library from the contents of your iTunes library (as well as browsing videos from either iTunes or your Movies folder, and photos from iPhoto or your Pictures folder) without duplicating files. You’ll find features like support for manually defined and smart playlists, a three-pane column browser, and an album thumbnail view. doubleTwist also lets you browse the contents of physically connected iOS devices
(although it saw only photos on my devices), but what really sets it apart is its capability to sync music, photos, and videos to Android devices. To that end, it provides access to the Android Market (now called Google Play) and the Amazon MP3 store (another top-level Podcasts Search item has been deprecated in favor of the doubleTwist for Android app). As with Songbird, I get a sense that the people behind doubleTwist may be focusing more on Android than on the Mac. 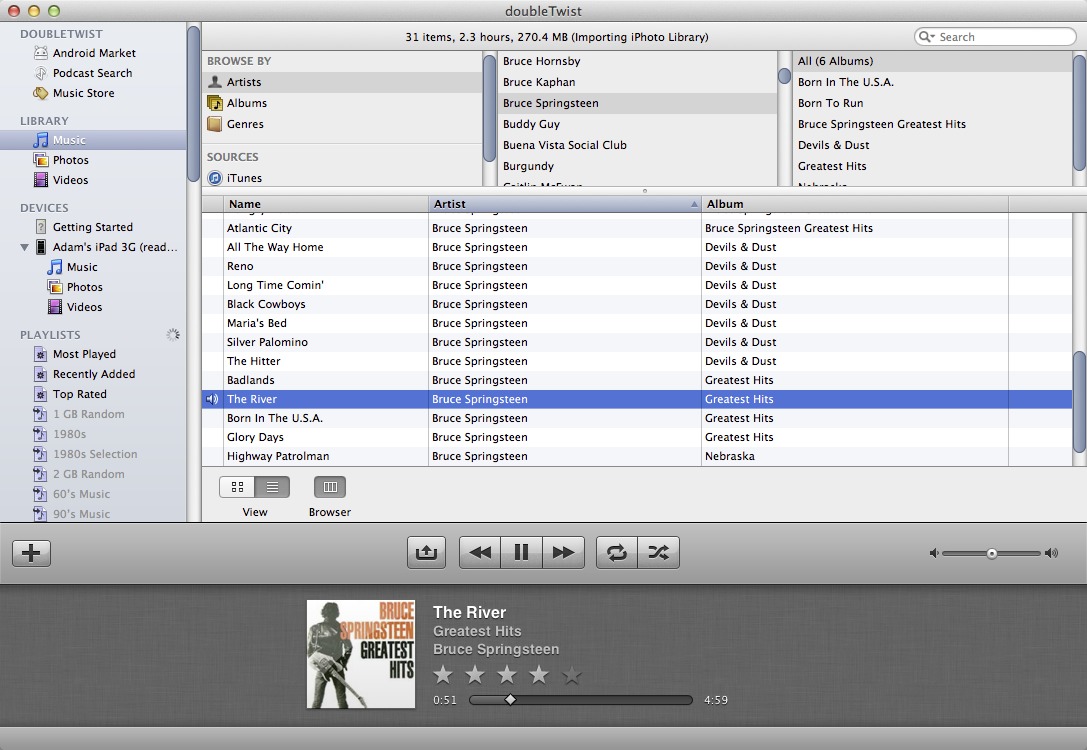 Let me close by saying that I don’t think Apple has done a bad job with iTunes 11. It’s a beefy program that does many different things, and some of the features that failed to make the leap from iTunes 10 didn’t make sense within iTunes 11’s new interface. It’s also not necessarily a bad thing to remove features from an application over time; sometimes the new must sweep away the old. But none of that will make you feel better, or work as productively, if you’ve become reliant on one of those now-defunct features. Hopefully one of
the options I’ve laid out above will meet your needs.

Comments About iTunes 11: The Features Apple Removed, and Alternatives