Let’s face it: despite the surging popularity of MacBooks and iPads, one community of Mac users might as well still be living in Gil Amelio’s 1997. Pity the Mac gaming community, which at press time has rocketed the newly released RollerCoasterTycoon 3 to the top paid game in the Mac App Store. Newly released, that is, for Mac users. Our Windows-using brethren got their right-clicking fingers on the game in, wait for it… 2004. Feel like playing Batman: Arkham City? Time to buy an Xbox or send your MacBook to Boot Camp, because as any Batman fan knows, when you stare into the abyss
you’ll find a Mac user at the very bottom. At least, until a “Feral” Catwoman comes along to save us. [Editor’s note: Feral Interactive has now released Batman: Arkham City. -Adam]

At the same time, though, we gamers of a certain age are enjoying the first great wave of retro gaming nostalgia. Any time I feel like it, I can fire up Atari’s Greatest Hits on my iPod touch and revisit the place where all of my time went between 1978 and 1985. I still have around 5 million neurons permanently dedicated to finding the Transmolecular Dot, and nothing short of brain surgery is ever going to get them out of my head. Yes, it was the first Easter egg ever and a part of computer history, but it’s not like I have the cranial capacity to spare. 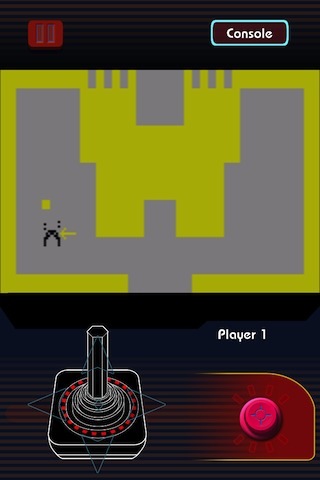 So we Mac users, it seems, can play any game we like — so long as it was published during a Republican presidential administration. Want a game from 1981 through 1992? No problem. The Bush years? Probably ported. Obama? Well… maybe during his second term.

But now GOG.com is filling one of those gaps, with the message, “Remember the 90s? Man, good times.” GOG previously stood for “Good Old Games” (or a particularly obscure Spider-Man foe), and that’s most of what they have in their library. Like the Mac App Store and Steam, GOG provides a place where you can download Mac games, although what’s available for the Mac is still just a subset of their entire library. But unlike the other two, a fairly large percentage of GOG’s games are old enough to vote in Chicago. As a side effect, this means that many games that were Windows-only the
first time around are now arriving on Macs for the first time.

It’s technically rather interesting how they accomplish this. Old Windows games required all sorts of subsidiary support to work, including DirectX, various DLL plug-ins, and hardware that was always slightly more expensive than whatever it was that you owned. GOG gets around this by using the Mac application package system to wrap everything a game needs into the .app bundle. In effect, inside every older game’s GOG app is a tiny ancient Windows emulator specifically written for that game. Speaking as a guy who has futzed around with WINE, which purports to do the same for any Windows application by packaging it in a “wine bottle,” I’m impressed with how well GOG games work out of
the box.

Here’s what you need to know. Old games? Dirt cheap. Some, like Ultima IV, are even free. Most of GOG’s old titles are $5.99 or less, and some of those are actually packages of multiple games. Missed out on Ultima I, II, and III between 1981 and 1983 because you were too busy leafletting for Reagan, or not yet existing? All three of them are in a $5.99 game pack (and on sale for $2.99 at the moment).

On the other hand, old games mean museum-quality specifications, and in video games that’s not a good thing. Postal, circa 1997, requires Windows 95 or NT (not really), 16 MB of RAM, a 90 MHz CPU, and a 640×480 display capable of displaying 256 colors. In other words, it’s a stretching exercise your Mac might do while waking up from a Power Nap. Unfortunately, even though your Mac is roughly a bajillion times faster than a 1987 IBM PC, this doesn’t always translate into blindingly fast speed when you’re playing a game, since the games don’t “know” how to make the best use of modern hardware.

All of the GOG games that I tried are standalone Mac apps; there’s no installer, just drag them into your Applications folder, perhaps pausing in amazement that the whole thing is only a few megabytes. Many of the games have additional materials available, including at least a PDF manual, and usually supplementary documents and artwork. (The Witcher 2, the only new game I tried out from GOG — developed by parent company CD Projekt RED and priced at a newish $30 — included a “Playboy portfolio” of entirely inappropriate and NSFW pictures of their female protagonist, demonstrating again the very strange connection between Playboy and TidBITS whenever I take on an assignment.)

One thing you’ll notice (or be reminded of) quickly about older games: there was no such thing as “casual gaming” back in the day. I’ve gotten out of the habit of playing games that require me to learn a complicated keyboard layout to control my character, but that’s nearly universal. These games came with manuals because, by and large, players needed instructions. All of the games I tried have both left-click and right-click actions, so use a mouse or add a right click to your trackpad if you’re a MacBook gamer; Control-click doesn’t work and I’m too old to fast-twitch a two-finger click. I’m sure any serious gamer or dedicated child could pick these up in no time, but
if you’re visiting these as retro games with a limited time budget, maybe you shouldn’t buy them 10 at a time.

So, the 64-kilobyte question: are old games any fun?

My answer is decidedly mixed (and highly subjective). There’s no getting around the problem that the only thing worse than 640×480 is 640×480 blown up to cover a 13-inch screen running at 1440×900. (It may actually be considered cruel and unusual computer punishment to do this on a Retina display.) Games that have a third-person perspective, such as Fallout and Beneath a Steel Sky, looked blocky but manageable. SimCity 2000 achieves a garish retro effect, as if I’ve found the Mac IIfx Easter egg
hidden in my MacBook. But Populous, a game I’ve always wanted to play, immediately made my eyes bleed, while the 320×200 graphics in Ultima IV seemed merely old, not nostalgic. 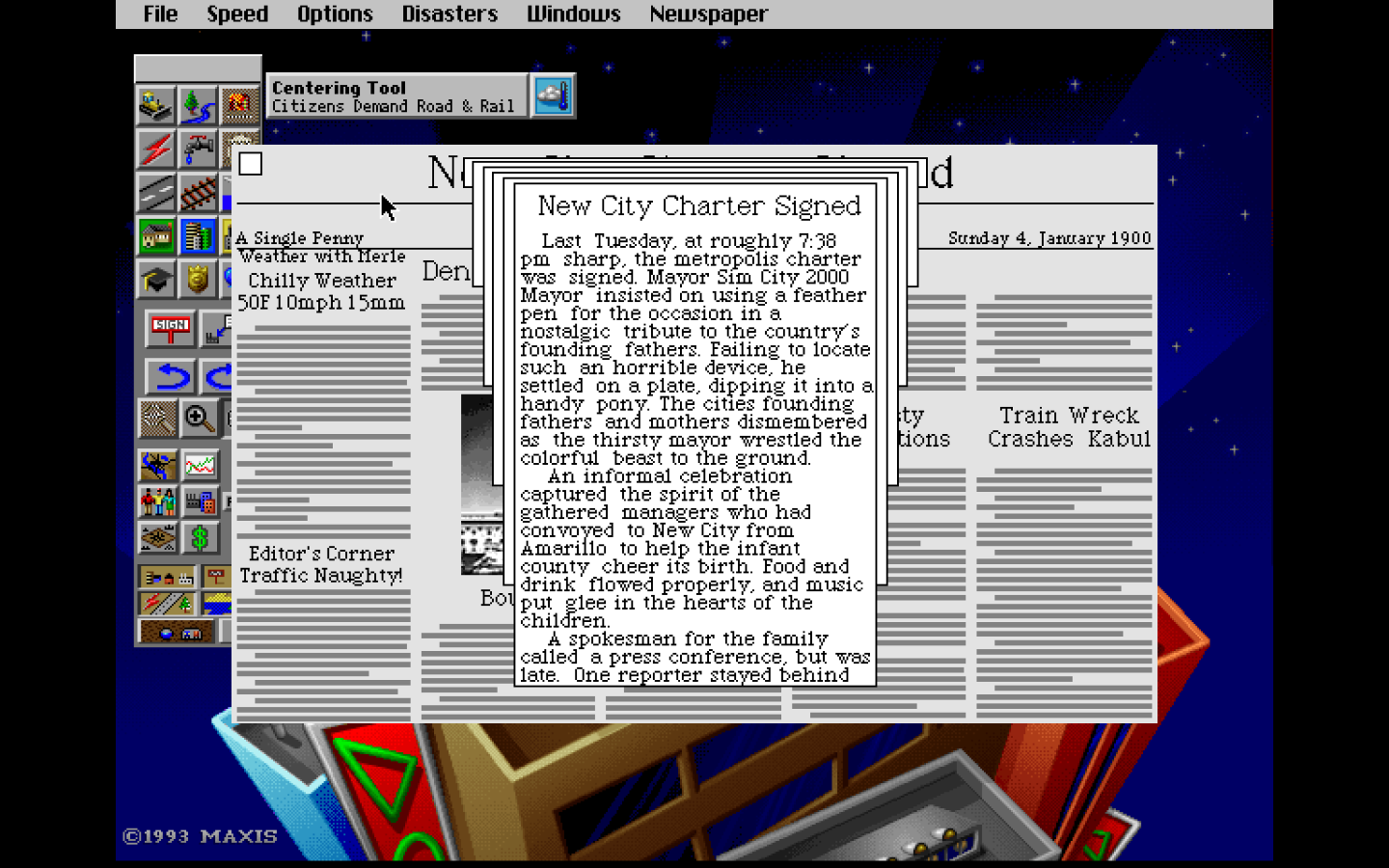 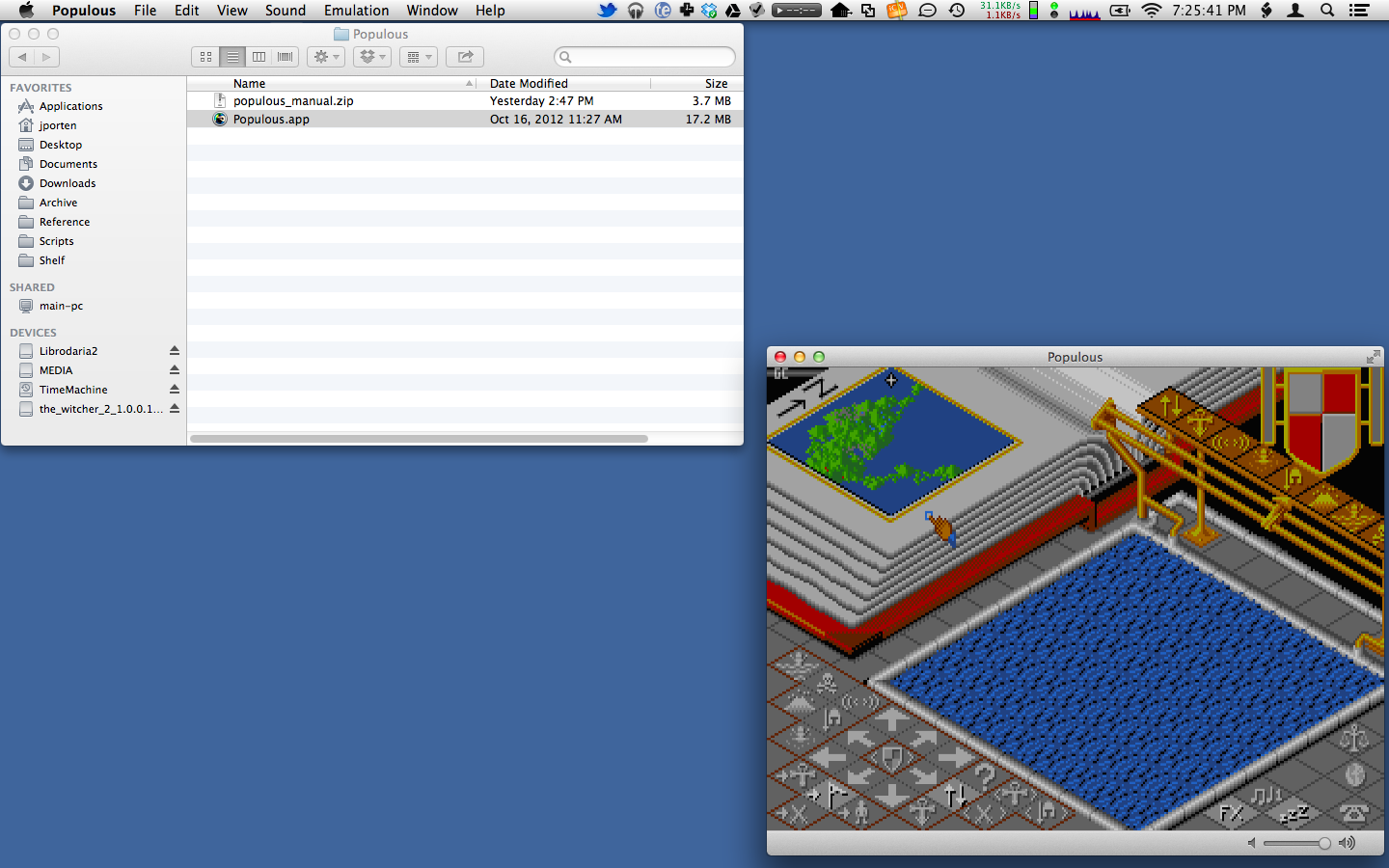 That said, I have eight games taking up only 1.5 GB on my SSD, which gives me the luxury of kicking the tires on them over time to see if I warm to any of them. Two games I used to love, Dungeon Keeper and Syndicate, have aged enough that I might
give them a miss this time. There was only one game that I immediately enjoyed and played for far too long: Postal. I am fairly certain this makes me a bad person.