Charles Fishman’s excellent article “The Insourcing Boom” in The Atlantic barely mentions Apple — just one instance of “iPhone-sleek” to evoke a design goal — but the company’s ethos is everywhere in the piece.

Fishman writes about how General Electric has moved manufacturing of some of its products like washing machines and refrigerators back to the United States from China. On the surface, this seems absurd, because we all know that labor costs in the United States are vastly higher than costs in China (about 30 employees in China for the price of one employee in the United States, he notes). But it turns out that labor is no longer the most important factor: oil prices have risen over the past decade, making it much more expensive to ship goods by boat; the typical five-week travel time between continents is becoming a liability as the market demands faster revisions to products.

However, what’s really crucial turns out to be design. To manufacture a water heater called the GeoSpring in their own facilities (which have remained largely empty for years), GE’s engineers realized that actually building the thing was a mess.

The GeoSpring suffered from an advanced-technology version of “IKEA Syndrome.” It was so hard to assemble that no one in the big room wanted to make it. Instead they redesigned it. The team eliminated 1 out of every 5 parts. It cut the cost of the materials by 25 percent. It eliminated the tangle of tubing that couldn’t be easily welded. By considering the workers who would have to put the water heater together — in fact, by having those workers right at the table, looking at the design as it was drawn — the team cut the work hours necessary to assemble the water heater from 10 hours in China to 2 hours in Louisville.

In the end, says Nolan, not one part was the same.

So a funny thing happened to the GeoSpring on the way from the cheap Chinese factory to the expensive Kentucky factory: The material cost went down. The labor required to make it went down. The quality went up. Even the energy efficiency went up.

Even if you know Apple just for its products, you know that design is a huge focus at the company. Design is the company. And the way the iPhone appears or the thinness of the latest iMac is just a small part of the products’ design. 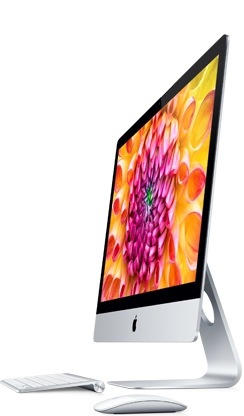 To make their products as sharp and beautiful as they are, Apple must also design the manufacturing processes to create them. The fit and finish of an iPhone 5 is unmatched because a machine with high-resolution cameras examines the partially assembled phone in front of it, snaps photos and precise measurements of it, and then chooses from 725 versions of one piece to find the one that fits best (watch the iPhone 5 video starting at 4:31).

In the documentary “Objectified,” Apple Senior Vice President of Design Jonathan Ive says that much of the work that goes into coming up with a new product design is focused on building the machines and processes that will create the product. For example, Apple designed the machines that turn single slabs of aluminum into the cohesive frames of the MacBook Air and MacBook Pro laptops; making the body a single piece increases rigidity, while using aluminum keeps the weight down.

(Apple is a great source of behind-the-scenes machine assembly pr0n, which also shows that it knows this manufacturing is a significant competitive advantage. After you’ve held an iPhone 5, just about any other phone on the market feels like cheap plastic.)

So Apple has been aware for years of the advantages of designing systems and manufacturing processes catered specifically to their products. And yet, nearly all of its production happens in China.

Fishman talks also about the disconnect between a product’s designers and engineers in the United States and the people doing the manufacturing in China. It’s not just an issue of speaking different languages.

It happens slowly. When you first send the toaster or the water heater to an overseas factory, you know how it’s made. You were just making it — yesterday, last month, last quarter. But as products change, as technologies evolve, as years pass, as you change factories to chase lower labor costs, the gap between the people imagining the products and the people making them becomes as wide as the Pacific.

Apple benefits from several advantages in this respect, made possible largely because Apple has so much money to address the issues. Apple employees spend time in the factories, and have built up perhaps the world’s most impressive supply chain. Back when Apple CEO Tim Cook was vice-president of operations, an important manufacturing problem came up. According to an article by Adam Lashinsky at CNN:

“This is really bad,” Cook told the group. “Someone should be in China driving this.” Thirty minutes into that meeting Cook looked at Sabih Khan, a key operations executive, and abruptly asked, without a trace of emotion, “Why are you still here?”

Khan, who remains one of Cook’s top lieutenants to this day, immediately stood up, drove to San Francisco International Airport, and, without a change of clothes, booked a flight to China with no return date, according to people familiar with the episode.

Apple also circumvents the time-to-market issue by flying new products from the factories directly; when you place an order for a new model of iPad, for example, you can track its progress from the factory to the United States via FedEx or UPS tracking number. Loading many — hundreds? — of 747 cargo planes full of devices so they arrive in people’s hands the first day of availability is massively expensive. But Apple has the money to do it, the margins to afford it, and millions of customers willing to pay for it. (Here’s another area where design is crucial: it’s no coincidence that Apple’s product packaging has shrunk over the years. Smaller boxes mean you can fit many more onto a pallet, which translates to hundreds more
devices that can be carried on a single plane, reducing the cost of fuel per device.)

Tim Cook is an operations genius, and is no doubt aware of the points raised in Fishman’s insourcing article. Which is why it’s not a surprise that Cook told Brian Williams of NBC that Apple plans to begin producing one of its existing Macs in the United States in 2013. Given the company’s extensive experience designing manufacturing in the past, I have no doubt it’s taking the same skills and figuring out how to make it work in the US.

Fishman’s article is a great look at an exciting new chapter in U.S. manufacturing. Although it was published just a couple of weeks before Cook made his announcement, the article has Apple written all over it.

Comments About The Insourcing Boom and Apple’s Influence