Greetings from the Bali Hai Country Club in Las Vegas, where I’m recuperating briefly after the opening events of the 2013 installment of the Consumer Electronics Show. The decor is 1970s tiki, the temperature outside is 37°F, the music is thankfully not Don Ho, and the only thing that’s making this glass-walled room bearable is the gas torch six inches from my back.

I just came from the CES Unveiled event at the Mandalay Bay, where numerous CES exhibitors pony up a few (or more than a few) thousand dollars extra to get an advance shot at capturing press attention, and in turn, yours. A few items intrigued me enough to share with you.

Other World Computing is always good for interesting gadgets, although I’m not sure what’s new for the show. But since I accidentally dangled my new iPhone 5 by its headphone cord over concrete yesterday, I’ll be checking out their Nuguard KX case, which doesn’t seem to increase the profile of the phone by much.

Lilliputian Systems is here with Nectar, a $299 attractively curved black box that accepts $9.99 “Nectar Pods,” cylinders that each power a mobile device for up to two weeks. I’d like to give you details and specifications, but that’s all I’ve got; for what it’s worth, Nectar will be featured in the Brookstone catalog, which I tend to associate with cool gizmos that are overpriced for their components.

Also of interest in the same category: the myCharge Hub Series of 3000, 6000, and 9000-milliamp-hour batteries that come with Lightning, micro-USB, and USB cables to recharge anything that might need power; Lightning is usually the odd man out in these things. Unfortunately, these won’t be available until April 2013 (and July 2013 for the 9000).

And, for the kind of families where even the dog has an iPhone, Griffin is rolling out the $99 PowerDock 5, which stacks and charges up to five phones and tablets in a reasonably attractive and space-saving manner. Also, they have a new line of WoodTones headsets and cables that are… um, made of wood. 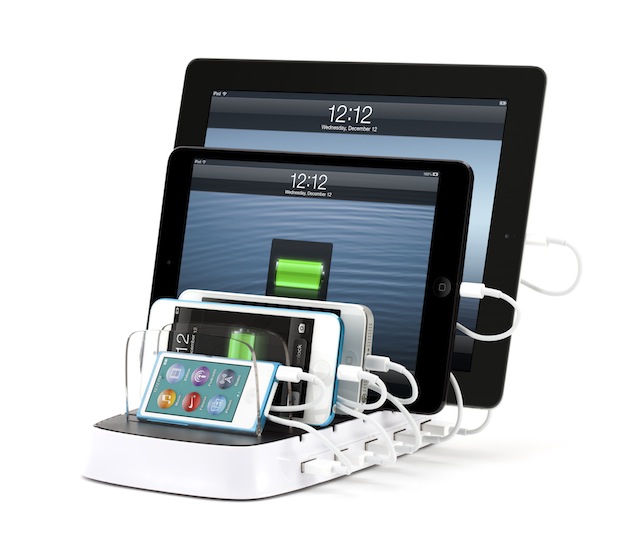 Belkin demoed their $199.99 Thunderstorm Handheld Home Theater, which is an iPad case that provides stereo surround audio when docked with an iPad 2, or a third- or fourth-generation iPad. Separate models are available for the old dock connector or the new Lightning port. I didn’t hear a demo, but I already hate this product for its name; as if Lightning and Thunderbolt aren’t enough? Just imagine the parental tech support calls: “So I tried to connect the Thunderbolt to the storm thing… or am I suppose to use Lightning instead?” 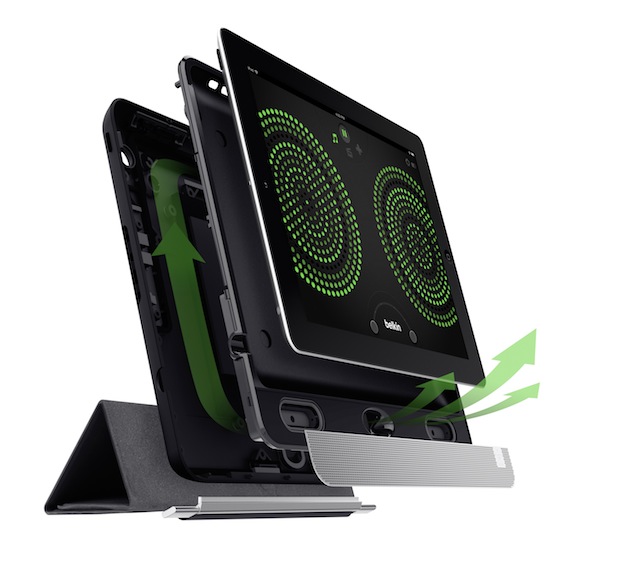 The folks at Parrot, who brought you the AR.Drone quadcopter that you pilot with an iPhone (see “CES 2010: Blending the Future,” 7 January 2010), are blowing my mind with their press release announcement of the Bluetooth-based Flower Power that, I kid you not, monitors your houseplants, presumably for water, though perhaps it’s bidirectional so you can serenade your schefflera too. I will check out their booth and let you know if this is a spoof, or if someone at Parrot drank
a bad batch of Bordeaux before writing the press release. 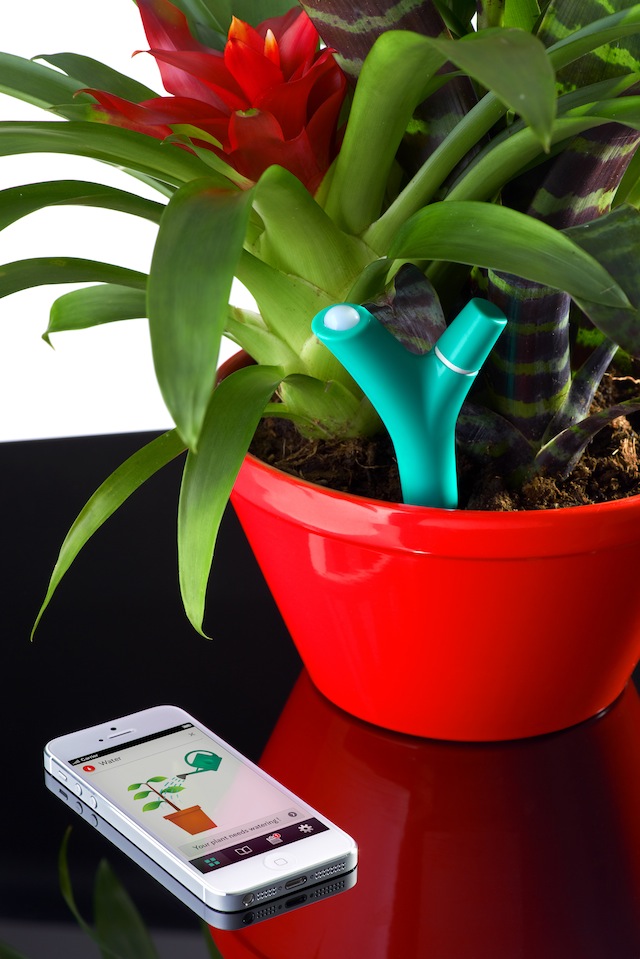