App.net has released a free iOS app that lets those who install it log in to an existing account or sign up for a free-tier account without an invitation. The Passport app also enables searching for users to follow, following those you find, and updating account details, such as a photo or bio. Most importantly, perhaps, it provides a directory for other iOS apps that work with App.net, which the company describes as the app’s core feature. 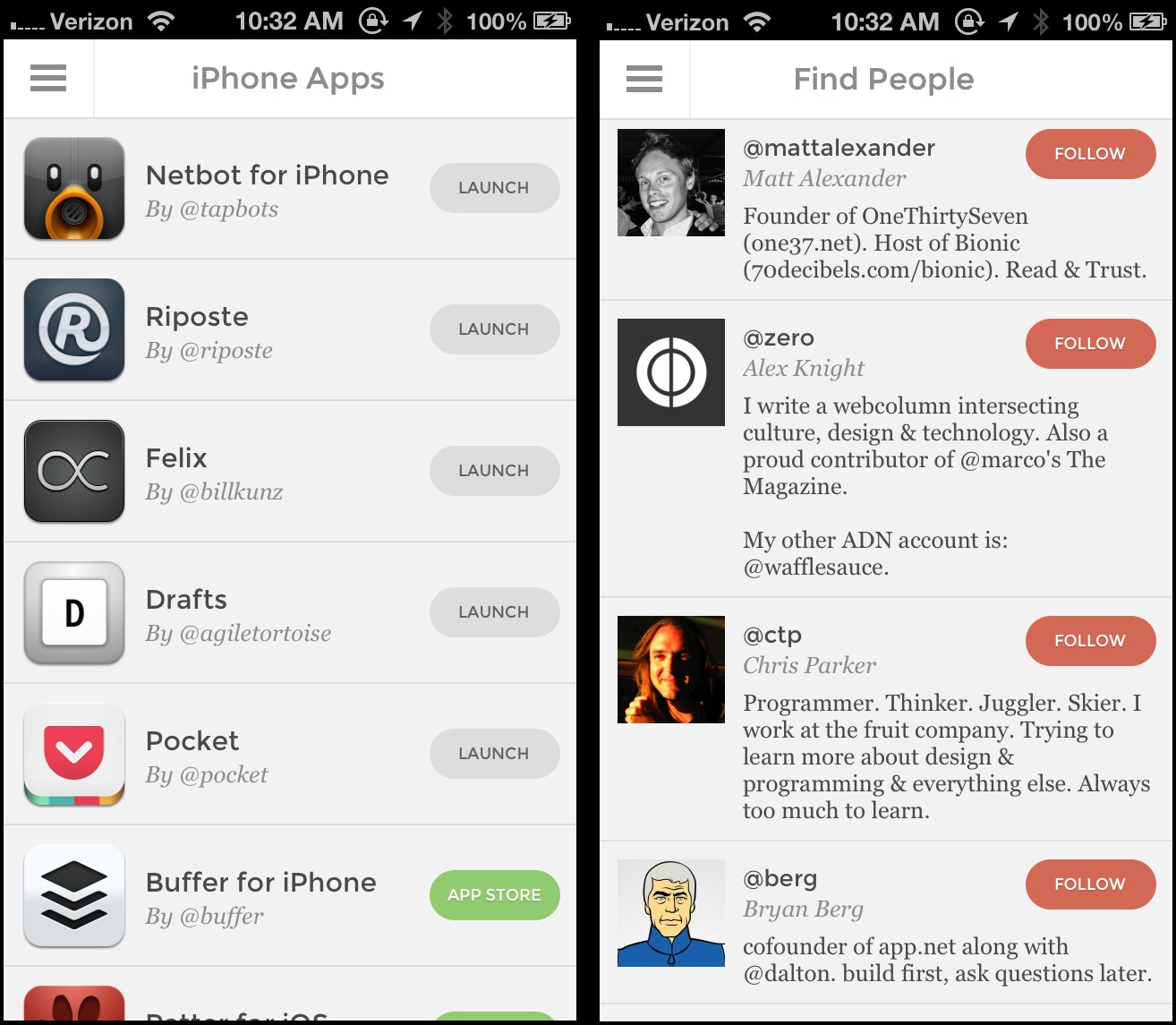 By not including posting and messaging features in Passport, App.net continues to reinforce its promise that it won’t compete with the developers to which it’s providing services. As of this writing, the service is approaching 95,000 registered users on a slow but steady climb since it launched in August 2012. Account creation accelerated in February 2013 when it added the free tier, which required an invitation (see “App.net Adds Freemium Option,” 25 February 2013).

Another way to get a free-tier account with App.net is to use this special link, provided to TidBITS by App.net. It’s limited to the first 1,500 people, and if you sign up for App.net using it, you’ll automatically follow the TidBITS account, which is yet another way to be updated with our headlines.

App.net is often described as a microblogging service like Twitter, and that is how most people use it today (see “New App.net Social Network Aspires Beyond Chat and Ads,” 28 August 2012). But the company’s goal is to create a robust cloud infrastructure that developers can build into their own apps. In previous updates, the still-in-alpha service has added file storage and private multi-party messaging. Some developers have used the messaging feature to create software that offers the equivalent of chat rooms, such as Pocket developer Steve Streza’s Project Amy, which integrates
App.net messaging into Apple’s Messages app.

Along those lines, App.net has also added an authentication SDK, which will enable programmers to use App.net accounts as a way to connect their service with a user’s identity. In essence, Web sites can let you authenticate using your App.net credentials instead of setting up a separate account, much as can be done with Twitter, Facebook, Google, and others today. The other advantage of this kind of indirect authentication is that a Web site never gets your account information, only a user-revocable token that allows the site to perform certain kinds of operations on your behalf.