Apple has released iTunes 11.0.3 with a number of playback and interface improvements. At its heart, the MiniPlayer remains svelte, but it gains a track progress bar as well as visible volume/AirPlay control icon (previously, you needed to mouse over the MiniPlayer for this to appear). The volume icon appears if you are broadcasting audio to a single source, while the blue AirPlay icon appears if you have multiple audio streams selected. 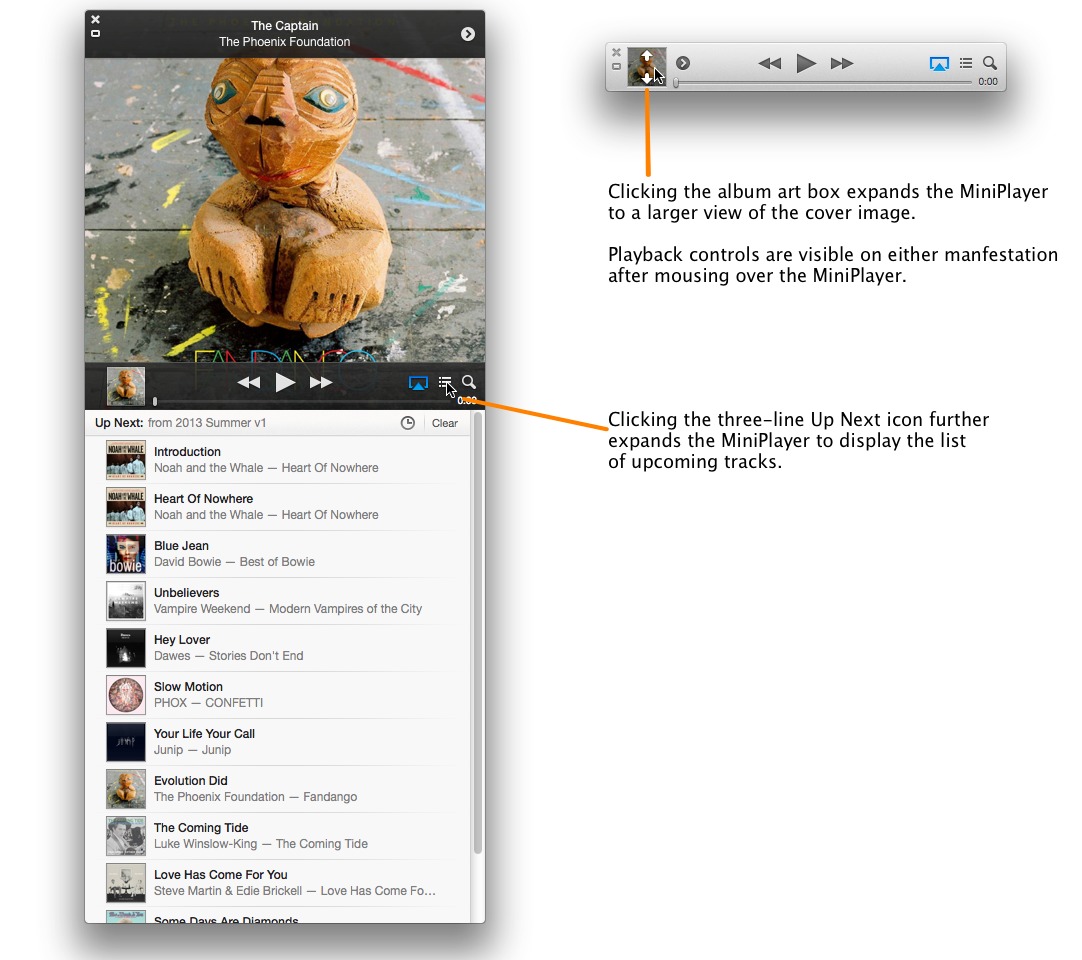 The update also makes a welcome improvement to the way multi-disc album tracks are displayed in Albums view. Where previously all tracks flowed in succession from one disc to the next without any demarcation, iTunes 11.0.3 separates the tracks according to disc number. (The previous implementation was maddening when trying to sort out our Mozart and Stax/Volt collections with upwards of 14 discs in each set).

If you use the Songs view, you can also now display artwork. Choose View > Show View Options (Command-J) and click the Show Artwork checkbox. This option, on its own, displays the album artwork in the Songs view only if there are several album tracks grouped together — it definitely works better if you’ve sorted Songs view by Artist or Album. However, clicking the Always Show checkbox displays the artwork even for single tracks, and you can use the Artwork Size slider to step down or up a size. (Slider is a bit of a misnomer, as you only get three size options — small, medium, and large). 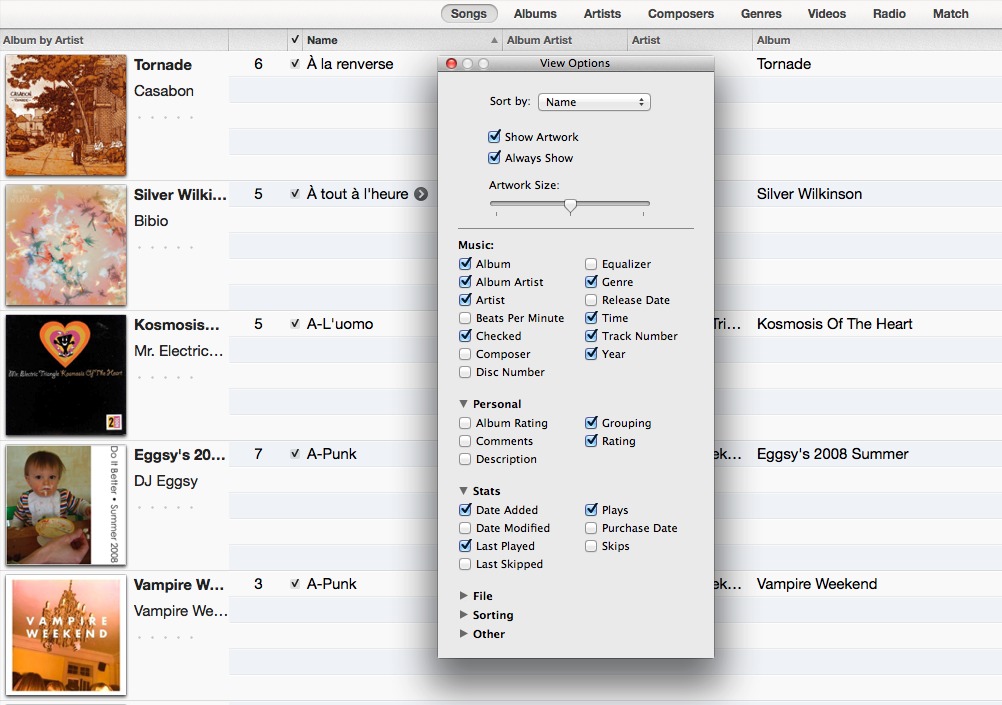 Finally, Apple promises in its typically brief release notes that iTunes 11.0.3 improves searching and sorting performance for large iTunes libraries. Federico Viticci of MacStories has discovered that iTunes 11.0.3 also adds AppleScript control of AirPlay speakers, which is good news for automation buffs. AppleScript wizard Doug Adams has already
created a basic script to select AirPlay speakers. And as Viticci, our own Michael Cohen, and reader Scott Hanson have pointed out, Apple has added some tweaks to iOS app updates, including an Updates tab to view available updates, a new contextual menu for apps that have updates, and display of app updates for all associated Apple IDs.