Snake is one of the all-time classic games. Variants have existed since the late 1970s, and the game skyrocketed to popularity on cell phones in the late 1990s. My first exposure to the game was in my band director’s office in 1994, where we would take turns playing a QBASIC version of the game on his Windows PC.

If you’ve never played Snake, the game is simple. You control a dot, surrounded by four walls. You move around, avoiding obstacles, collecting new pieces that grow your dot into an ever-longer line. When you hit an obstacle, whether a wall or even your own tail, the game is over. 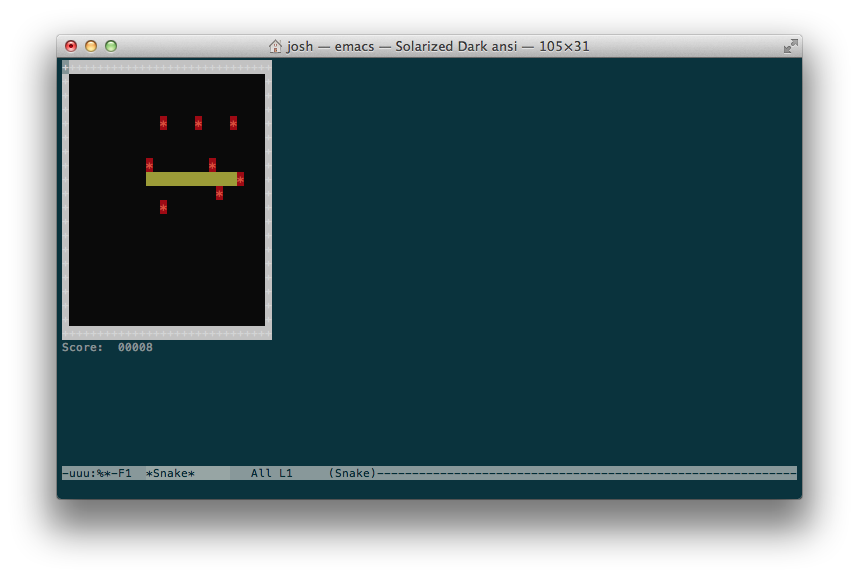 Nimble Quest ($0.99 for iOS and Mac OS X, and free for Android) is a fresh take on the ancient Snake, with a Dungeons and Dragons spin. Instead of starting with a dot, you start with a single party member, the leader, who can be a knight, a wizard, a bow-wielding ranger, or other characters that you unlock through gameplay or in-app purchases. Instead of additional line segments, you instead pick up new party members as you play, each with their own abilities. You have the standard four walls, but now you also have
enemies to avoid and kill, with melee and ranged attacks. Once you clear out all the enemies in a level, you move on to the next. 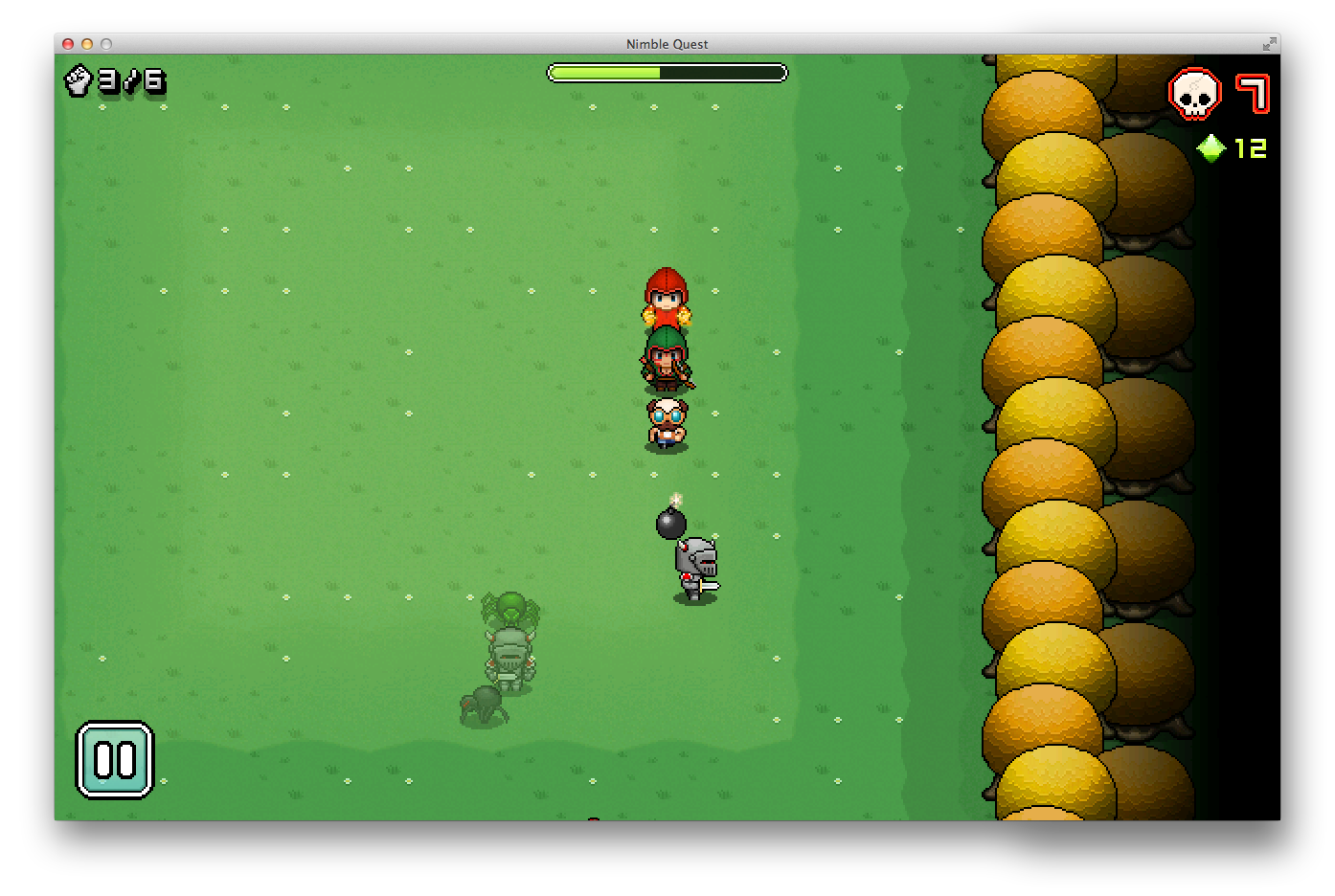 The graphics are reminiscent of the classic game The Legend of Zelda: A Link to the Past for the Super Nintendo (or Super Famicon if you’re across the pond). Controls are simple. The only control you have is the direction your party runs in, which is handled by swipes on iOS and the arrow keys on the Mac. Attacking is automatic, so positioning is everything. Friends and foes each have a life bar, and once it’s depleted, they’re gone. It’s important to defend your party leader, as if he or she runs into an obstacle or runs out of
life, the game is over, and you’ll have to start from the beginning. That is, unless you spend some real coin.

Nimble Quest has two forms of currency: gems, which are found within the game, can be used to upgrade characters; and coins, which are obtained occasionally in the game, can be purchased with gems, and through in-app purchases. Coins are used for a variety of actions, like adding additional party members before a level, buying extra power-ups, retrying a level, and entering the arena.

The arena is Nimble Quest’s multiplayer component, and is also a money sink. To gain entrance to the arena, you must first progress far enough into the single-player game both to earn access to the arena itself and gain an arena character. Then, to try your hand in the arena, you have to pay one coin just for the opportunity to compete. Coins start at $1.99 for 20, so each round in the arena costs about $0.10. Arena battles can be incredibly short, so that cost can add up distressingly quickly. I think developer NimbleBit would probably make more money by opening up the arena, getting folks hooked, and then selling them upgrades.

To add injury to insult, many commenters on the App Store are complaining about losing their purchased gems and coins between updates. Frankly, I avoid the arena and in-app purchases entirely to negate this problem. My only other complaint is that, despite both the iOS and Mac versions supporting Game Center, none of them sync up, so your unlocked characters and power-ups aren’t transportable from one device to the next.

Fortunately, there’s plenty of content in the game that doesn’t require in-app purchases, probably more than you’ll ever see. And everything in the game can be earned through gameplay in a reasonable amount of time. For $0.99, Nimble Quest is a fresh, yet nostalgic way to kill a few minutes.