Every year, I love to see which apps win Apple Design Awards, as the awards often turn my eye to overlooked gems. This year’s winners were no exception, highlighting a game that I sadly missed when it debuted in March 2013: Badland by Frogmind, which normally costs $3.99, but as of this writing is on sale for $1.99, and works on both iPhone and iPad in the App Store.

Badland is, at its basic level, an endless runner — a game genre popularized by the iPhone — where you control a character that is constantly running, taking a break only to jump or sometimes fire a gun. It’s a genre born of the iPhone’s inherent limitations, but Badland takes it to a whole new level.

The game is dark, yet gorgeous, making heavy use of shadow, contrasted with bright, yet dour, tones. Visually, it resembles the dark World of Goo, or a Tim Burton movie. You control a, well, I’m not quite sure what, as the game leaves the setting and story completely to the player’s imagination. But whatever the protagonist is, it resembles a cross between a fat hedgehog and an oil-soaked tribble. 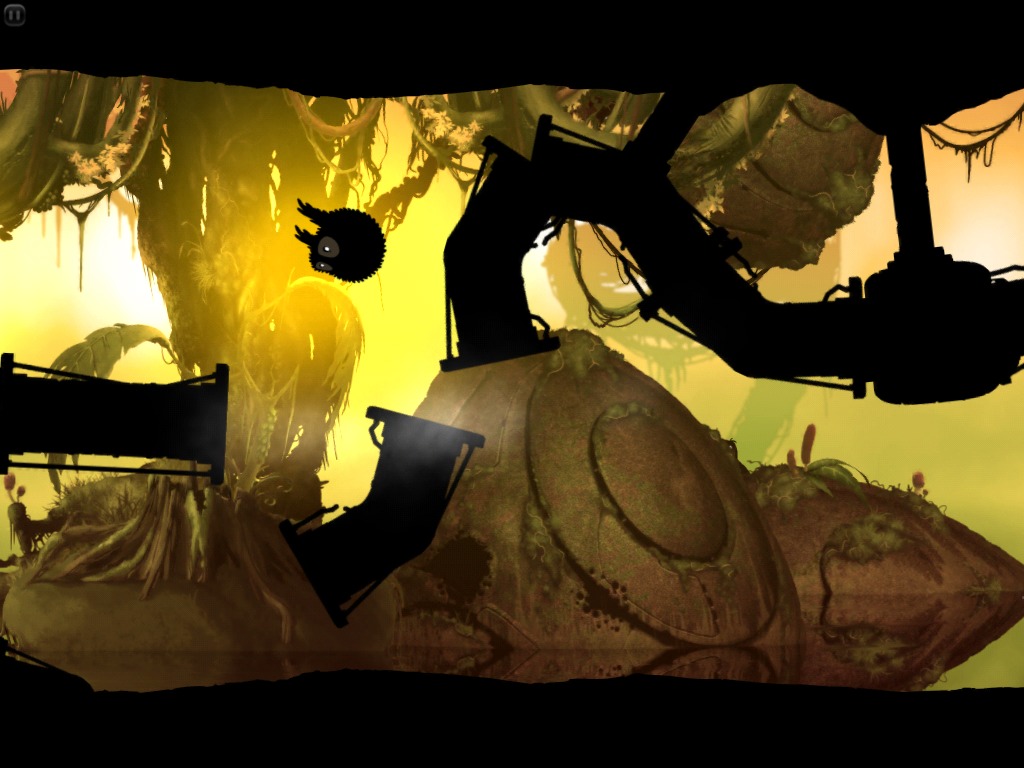 The character, for lack of a better name, doesn’t walk, run, or even fly exactly, but awkwardly flutters up and forward as you hold your finger on the screen. Physics plays a big role in the game, and so does gravity, so if you lift your finger off the screen, the character quickly plummets to the ground and to a dead stop. Literally dead in this case, because as soon as you’re ejected from an oily pipe at the start of the level, the screen starts scrolling to the right, and if you don’t keep up, you’re dead. 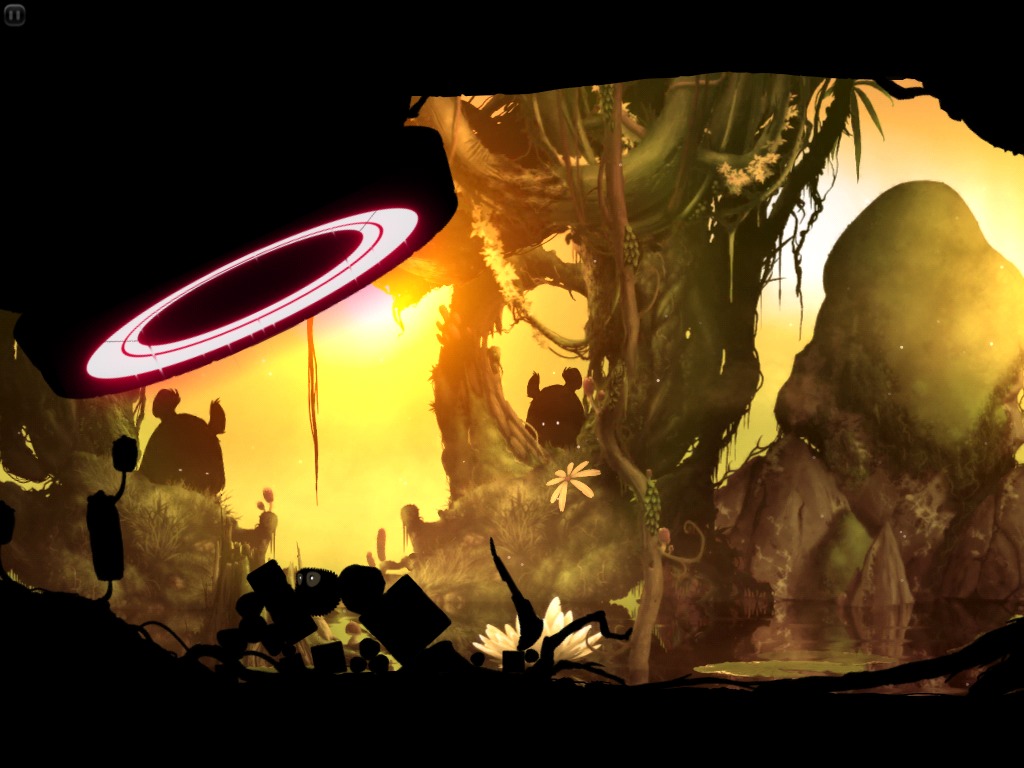 In typical endless runner fashion, you have to keep moving and dodging obstacles to make it to the end of each of the game’s 50 levels. But there’s more complexity here than jumping over gaps or blasting zombies with a shotgun. Instead, you have to solve puzzles — pushing levers, tree branches, rocks, and steam pipes in just the right way to make it through in time. All while dodging saw blades, thorns, and bouncing rocks. 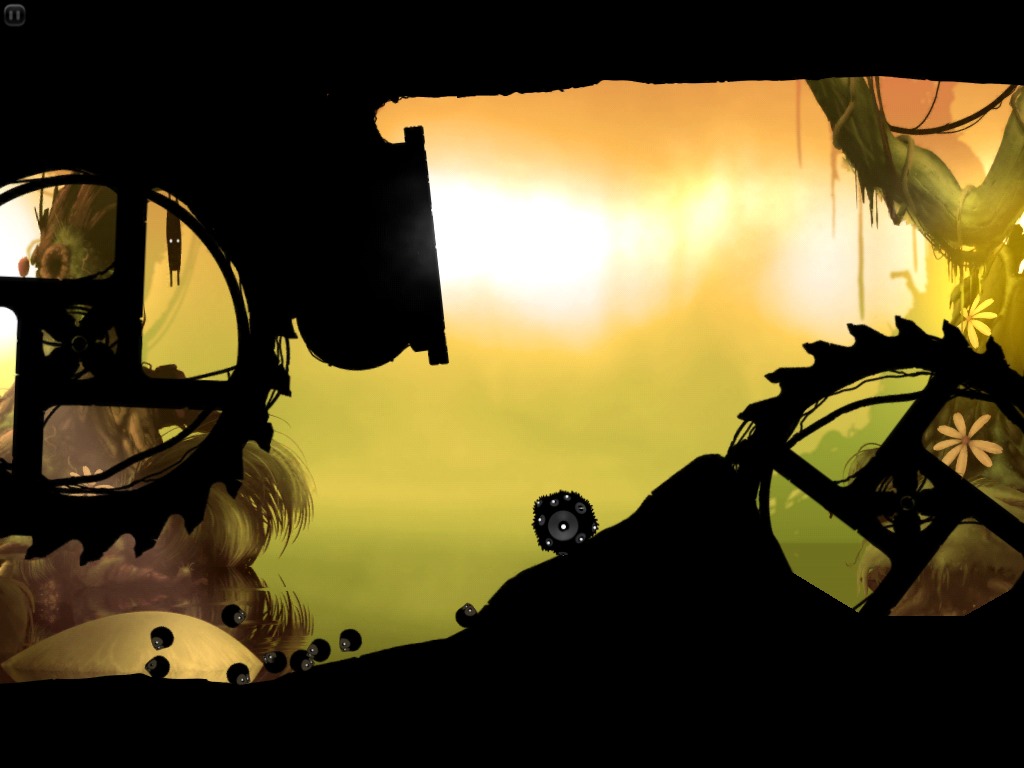 There are power-ups, both to help and hurt you. Some make you tiny, some make you huge, some help you cling to surfaces, and all affect gameplay in notable ways. When you’re small, you can squeeze through tight spots, but are out of luck if you need to push anything. When you’re large, you can easily push obstacles out of your way, but are slow and too big to make it through small gaps. Sometimes it’s in your best interest to skip a power-up, as accepting it might make the next portion of a level impossible. And
sometimes, you need to be both large and small to get through a section, and that takes careful management of your clones. 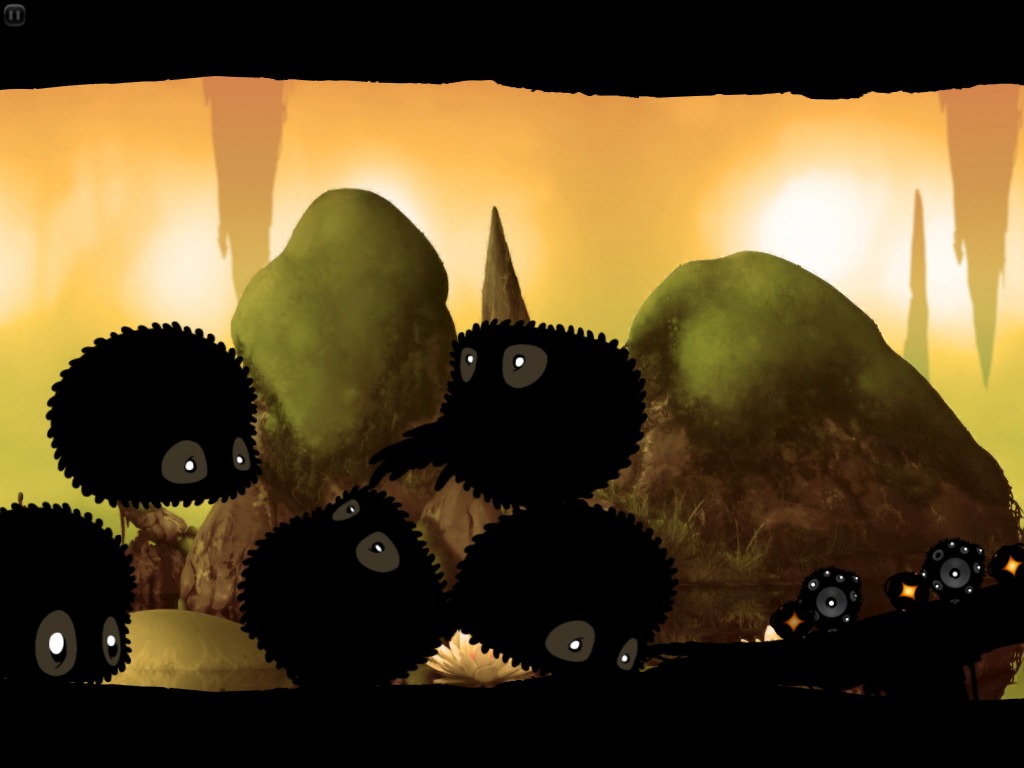 As you move through the level, you can pick up clones of yourself, and the score for each level is based on how many clones you manage to bring to the end intact. However, that’s harder than it sounds, since navigating through the game’s puzzles and traps with a horde of clones can be a challenge, and often you have no choice but to sacrifice a few to survive. Sometimes you have to carefully split them up, as some puzzles will require big characters to activate something to create an opening that only the small ones will be
able to enter.

Badland is a tough game, one that takes trial and error, and often repeated execution to survive. While challenging, it won’t cause you to hurl your iPad through a window in frustration. Each level has numerous checkpoints, so if at first you don’t succeed, you can try again quickly instead of fighting your way back through a level. Also, the controls are responsive, so the only frustration you experience is due to your own failings. In fact, in spite of its darkness and difficulty, Badland is actually pretty relaxing. The chill jungle environment and sounds help with that, even if it’s the sort of jungle that you’d be lucky to escape in one piece.

There is a multiplayer component of Badland that supports up to four players, but it works with only one screen — networked play isn’t supported. Multiplayer games take the form of a race through a level — first to reach the end or the last alive wins. If you’re dexterous enough and curious about the multiplayer levels, you can control more than one character at once.

Most iOS games are stripped-down console games, cram so much into the screen that it’s impossible to control, or are simple games that would work on any platform. Badland is true to the device, offering an identical experience on both iPhone and iPad, even including flawless iCloud syncing of game progress, which isn’t as common as you might think. It never feels like a feature-limited port, nor is it designed for the lowest common denominator. Yet, it is balanced enough to be enjoyable by casual and hardcore gamers alike. If you’re looking for a rich, unique gaming experience for your iPhone or iPad, Badland is worth a download.