Sky Gamblers: Storm Raiders by Atypical Games puts you in the cockpits of World War II fighter planes in both single-player campaigns and multiplayer action. I often saw it near the top of the App Store lists earlier in 2013, but was leery due to my traumatic childhood experiences with Top Gun for the NES. However, after Storm Raiders won an Apple Design Award at WWDC (see “Apple Announces 2013 Apple Design Award Winners,” 13 June 2013), I had to check it out. The game costs $4.99 for either the Mac or iOS versions, but I purchased both on sale for $0.99 each. (The iOS version requires only iOS 5 or later, so it runs on devices back to the iPhone 3GS and third-generation iPod touch.) Other than controls, the game is identical on both platforms.

When I first launched the game, I imagined that with this being an App Store game, the controls would be dumbed down. Not so. While there is a casual control option, Storm Raiders gives you full control over throttle, pitch, and yaw. The game puts you through six training missions to make sure you have the basics. Once you get the hang of them, you’ll be doing loops in no time. The iOS version depends on the built-in gyroscope for many of the plane’s controls, which can be awkward at times, but is overall smoother than the Mac version’s use of the keyboard. However, the Mac version supports gamepads, joysticks, and even trackpads so you have a lot of control options.

One of the first things you’ll notice is that the graphics are gorgeous. Storm Raiders would be at home on any current-generation game console. Despite that, the game performs smoothly on my 2011 MacBook Pro, even while hooked up to a 27-inch monitor. Gameplay seems just as smooth on my aging iPad 2. 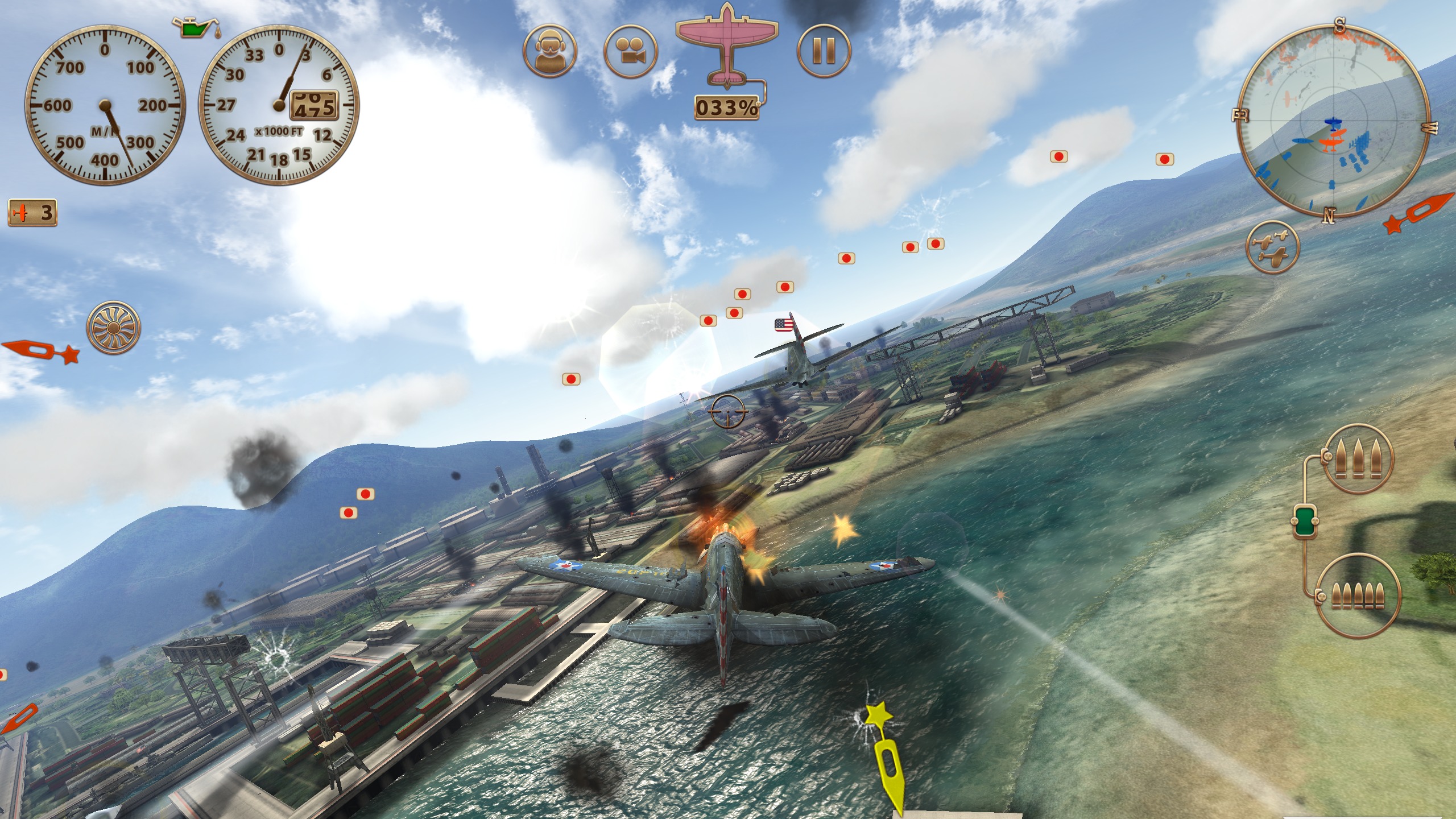 But Storm Raiders is more than just a pretty face — it’s packed with content. The game features two single-player campaigns: the Battle of Britain and the Asia-Pacific front, each with six missions. The campaigns will have you dogfighting Messerschmitts, bombing Nazi bases, escorting planes, defending London from bombers, and even protecting Pearl Harbor from kamikaze pilots. The Pearl Harbor mission is particularly harrowing. If you’re a WWII history buff, the campaigns are a lot of fun. 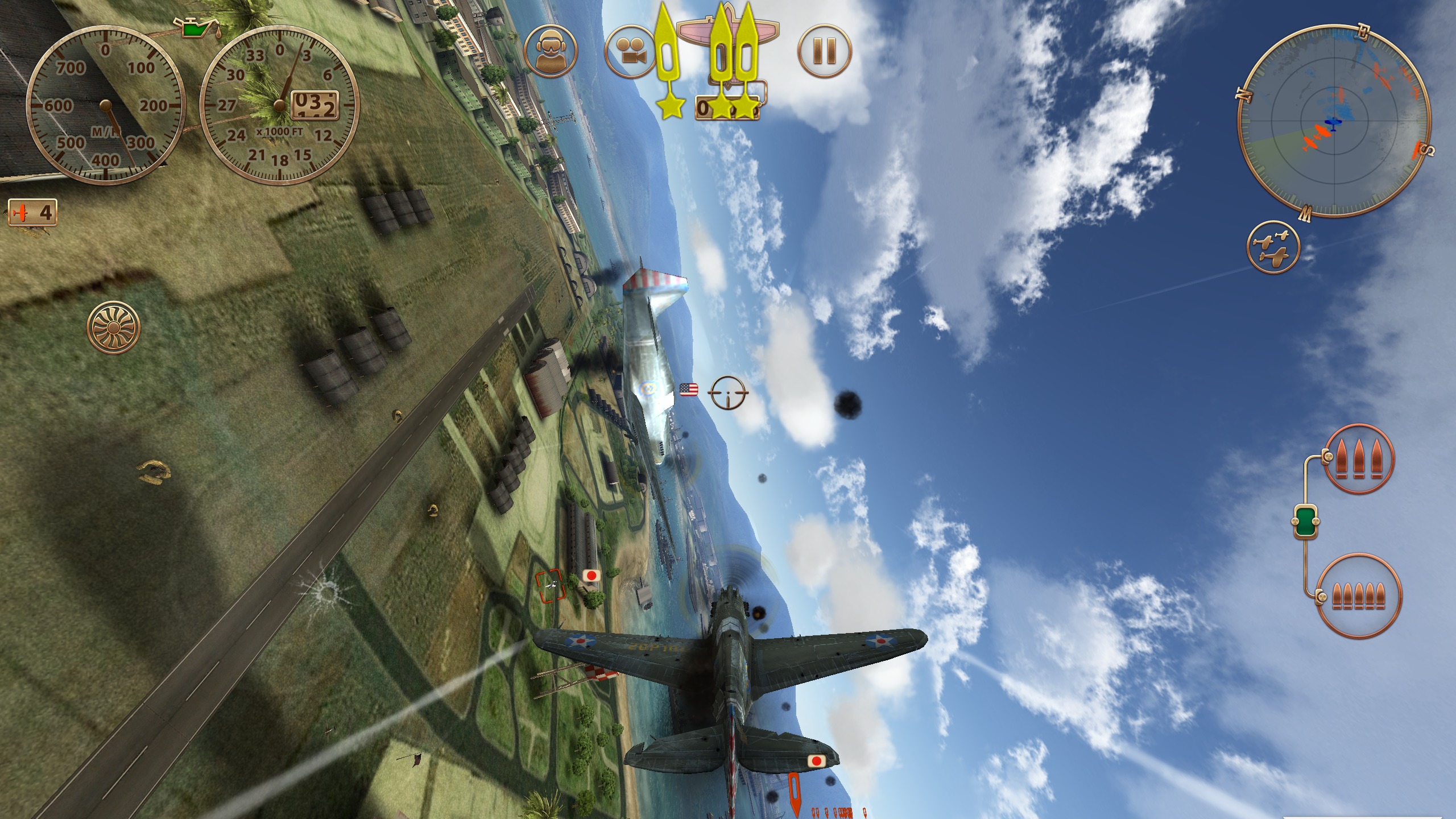 One of the more impressive control aspects in the campaign is how you manage your squadron. Clicking or tapping a single button makes them fly in formation, defend your plane, or engage enemy pilots independently. Controlling AI teammates can be one of the most frustrating aspects of many video games, but Storm Raiders nails it. The AI of the enemy pilots is equally impressive and will put your flying skills to the test.

Another interface element that impressed me is the bar that appears under the exposition text at the start of each level. It appears and then shrinks down to indicate how much longer that particular blurb of text will remain on the screen. I love that attention to detail. Of course, you can fast-forward though these scenes. 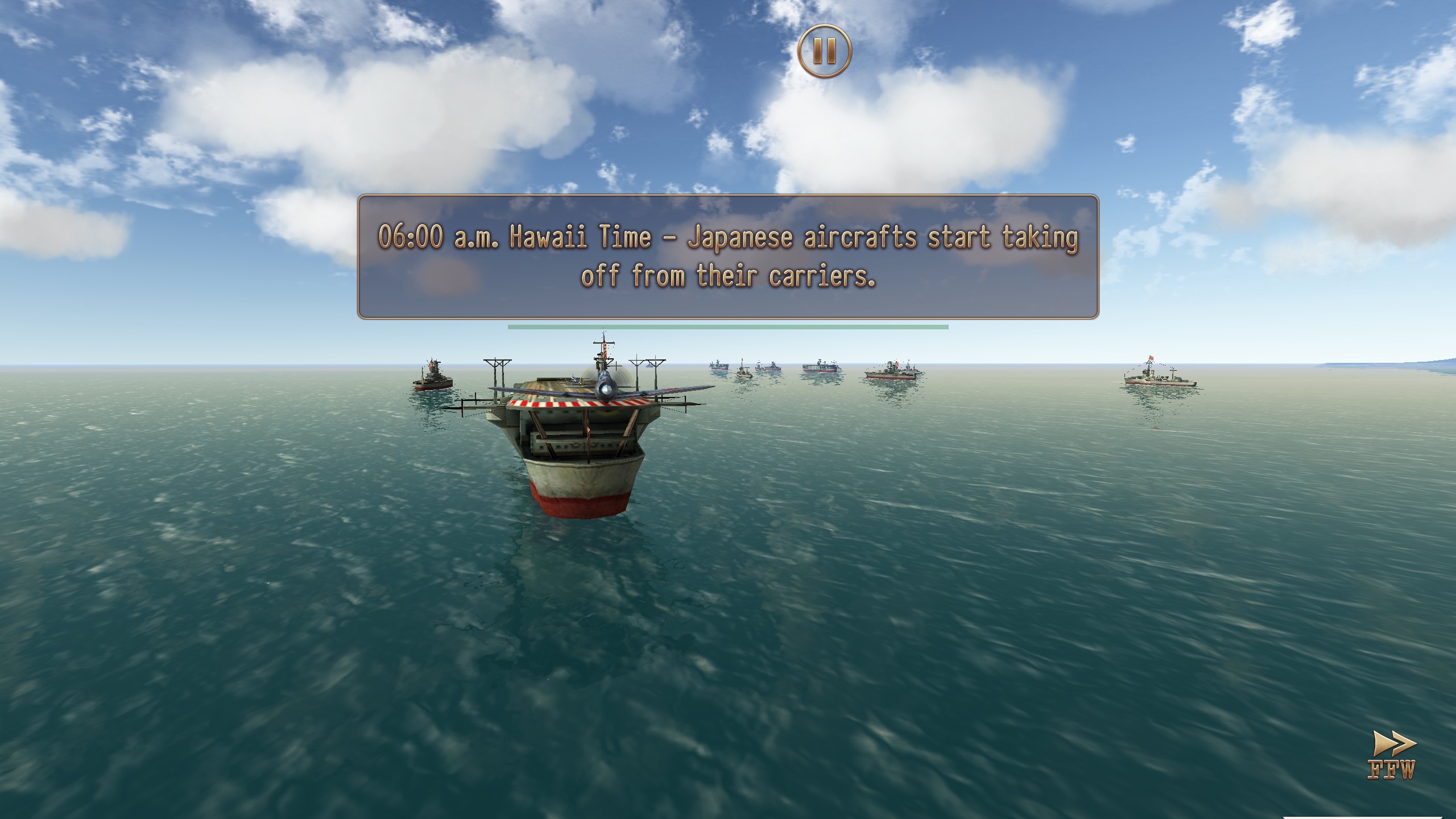 If you blow through the campaign, or just get bored, there are plenty of other single-player options, including survival mode, dogfights, and even a free flight mode. However, in the Mac version, I had trouble scrolling the list of levels for the free flight mode, which is the only major bug I encountered in the game. 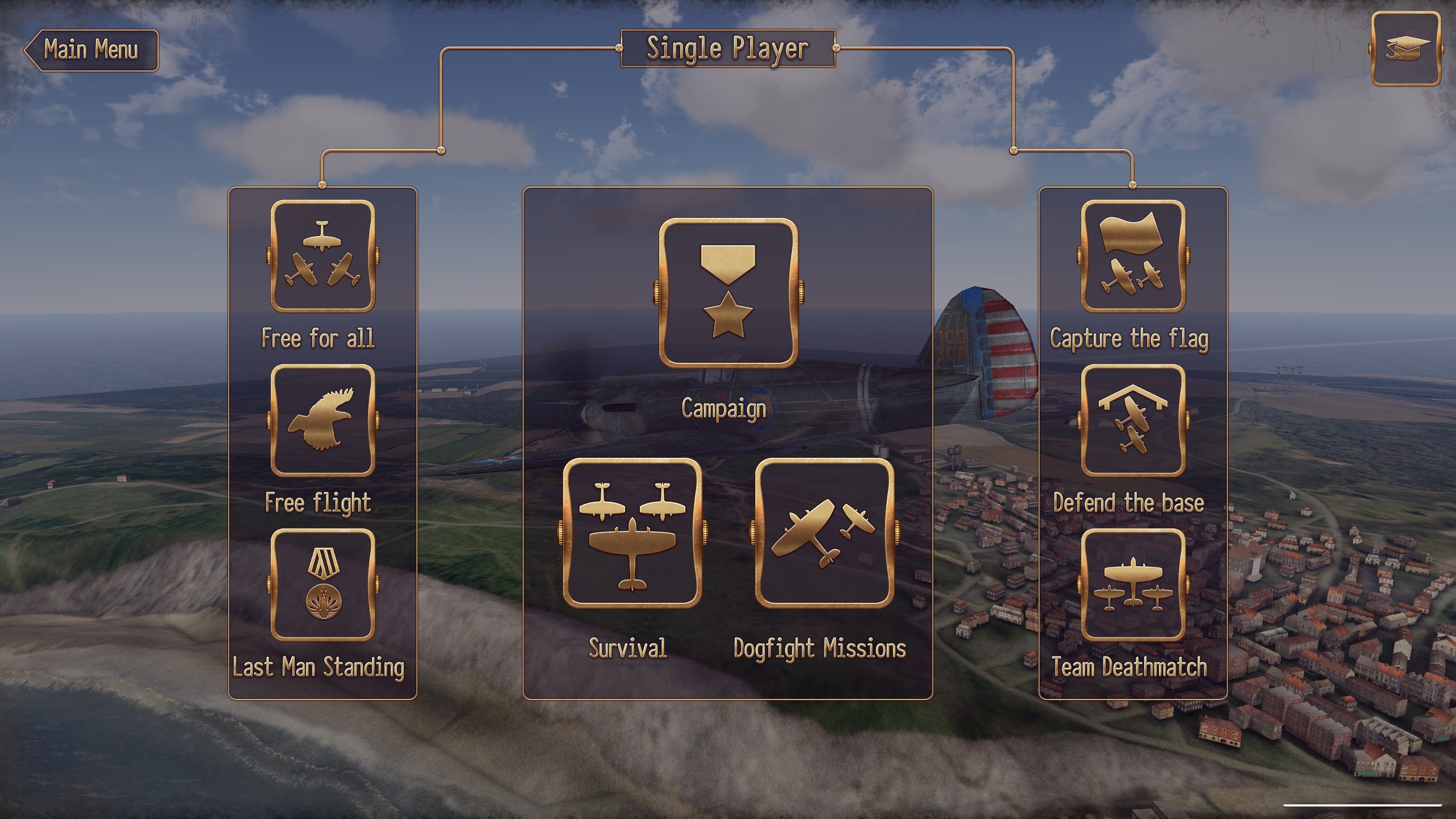 Storm Raiders also lets you unlock a number of additional planes and weapons to add to the replay value and to use in multiplayer games, though some require in-app purchases. I’m not a fan of in-app purchases, but that seems to be the way the game industry is moving.

The game offers just as many multiplayer options, including free-for-all deathmatch, team deathmatch, capture the flag, and defending bases. You can jump into a game quickly with up to eight players with Quick Play, challenge local friends over Wi-Fi, or even play through Game Center. The online play is great, and I never had trouble finding a game. What’s awesome about the Wi-Fi option is that iOS and Mac players can play against each other, making it a great choice for parties.

Disappointingly, game progress doesn’t seem to sync between the iOS and Mac versions. Otherwise, Storm Raiders makes good use of Apple technologies like iCloud syncing of game progress in the iOS version, Game Center for multiplayer support, trackpad-based controls, and AirPlay for putting it on the big screen.

Overall, Sky Gamblers: Storm Raiders is a lot of fun. It brings console-quality gaming to the Mac and iOS, while taking full advantage of both platforms’ capabilities and offering a lot of game modes for playing on your own and with friends. If you’re tired of the endless barrage of Call of Duty clones, or just want a quality action game for your Apple device, then Sky Gamblers: Storm Raiders is worth the cost of admission.