With Independence Day having come and gone in the United States, most of us won’t be seeing fireworks for another year. But there’s an entire universe of pretty lights in the night sky. If you’re looking for a reason to take the family outside and stare up into the darkness, pick up a copy of Vito Technology’s Star Walk for iPhone in the App Store for $2.99. Star Walk for iPad is a separate purchase, also $2.99.

Star Walk is far from new — it was originally released in 2008 for iPhone and 2010 for iPad, and it’s up to version 6.2.1. But if you’ve never heard of it, or bought it years ago and forgot about it, then this is the perfect time to give it a try.

Open Star Walk and you’re presented with the entire night sky, including stars, planets, and even satellites. As you approach constellations, an outline appears of what the constellation represents, like Gemini. You can swipe to move around and pinch to zoom in on celestial objects of interest. Tapping an object displays a cornucopia of information about it, including pictures and trivia. You can even set astronomical events on your calendar so you don’t miss anything. 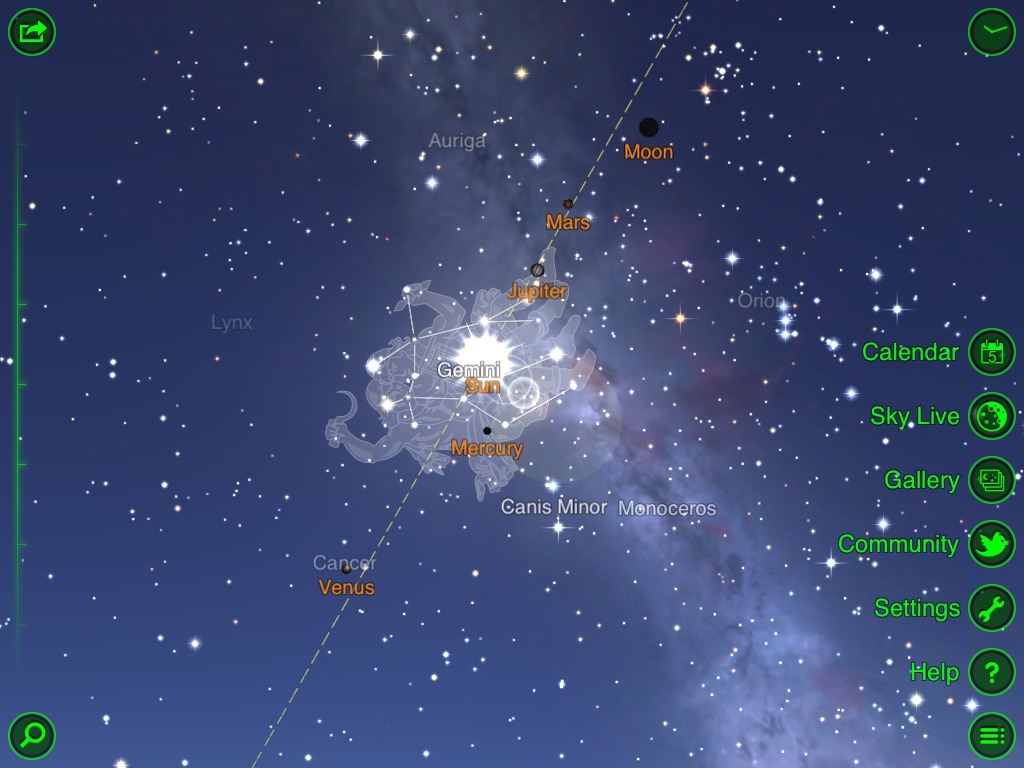 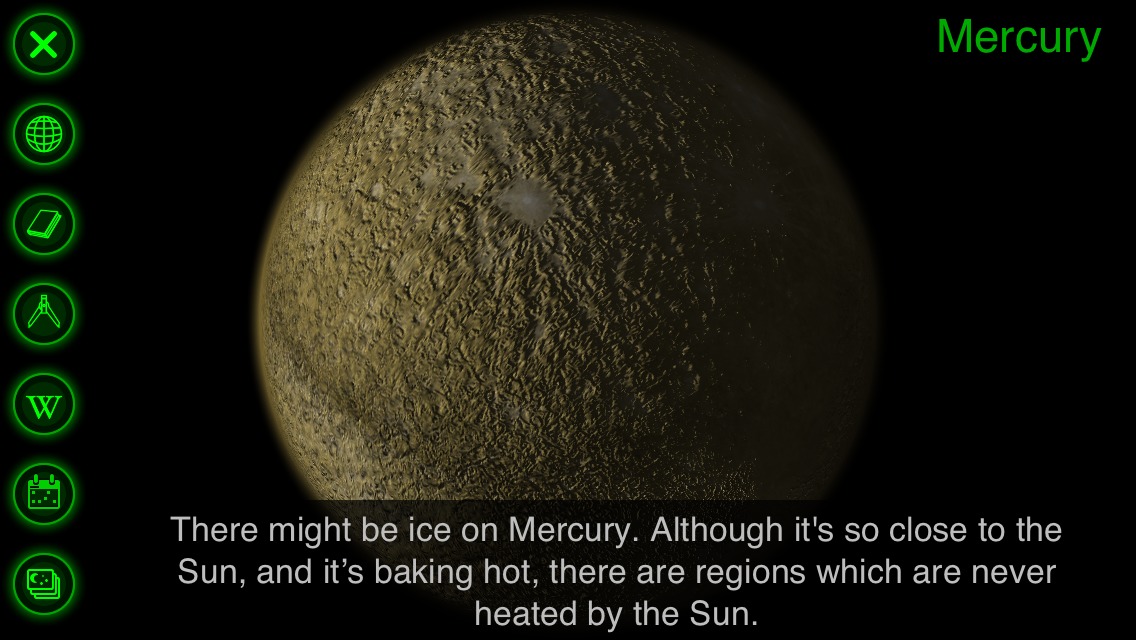 While browsing the universe, the bar on the left of the screen lets you cycle through various spectra of light, such as ultraviolet and infrared. The clock in the upper-right hand of the screen acts as a time machine, letting you see how the sky will look at any given time — past or future. 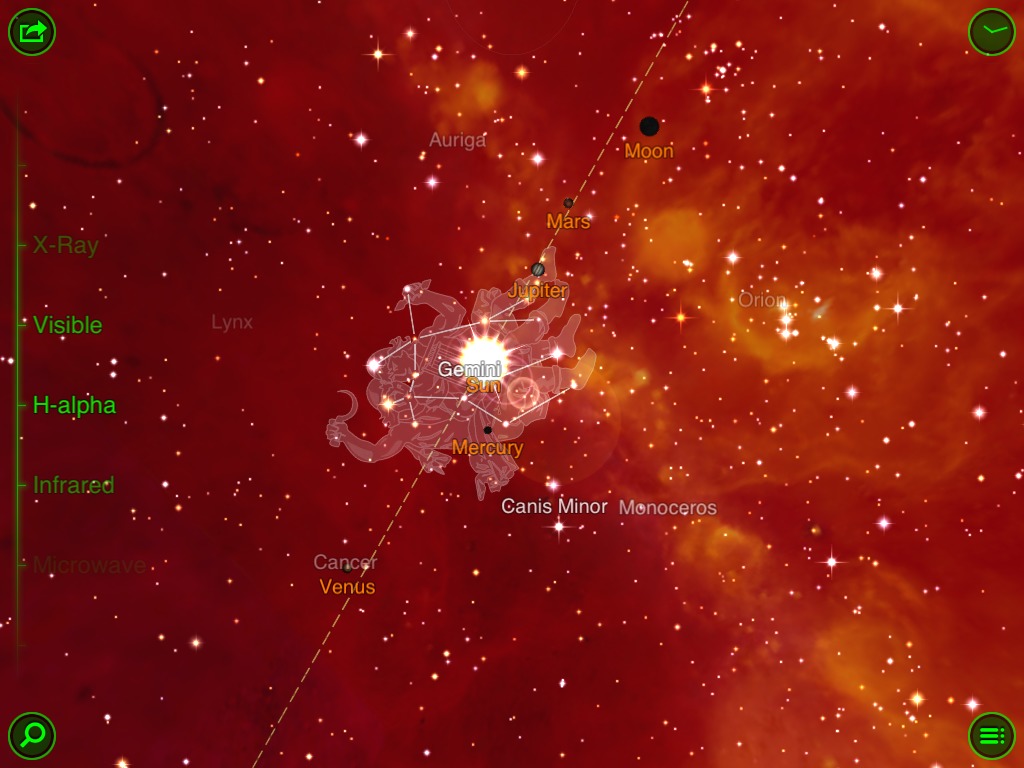 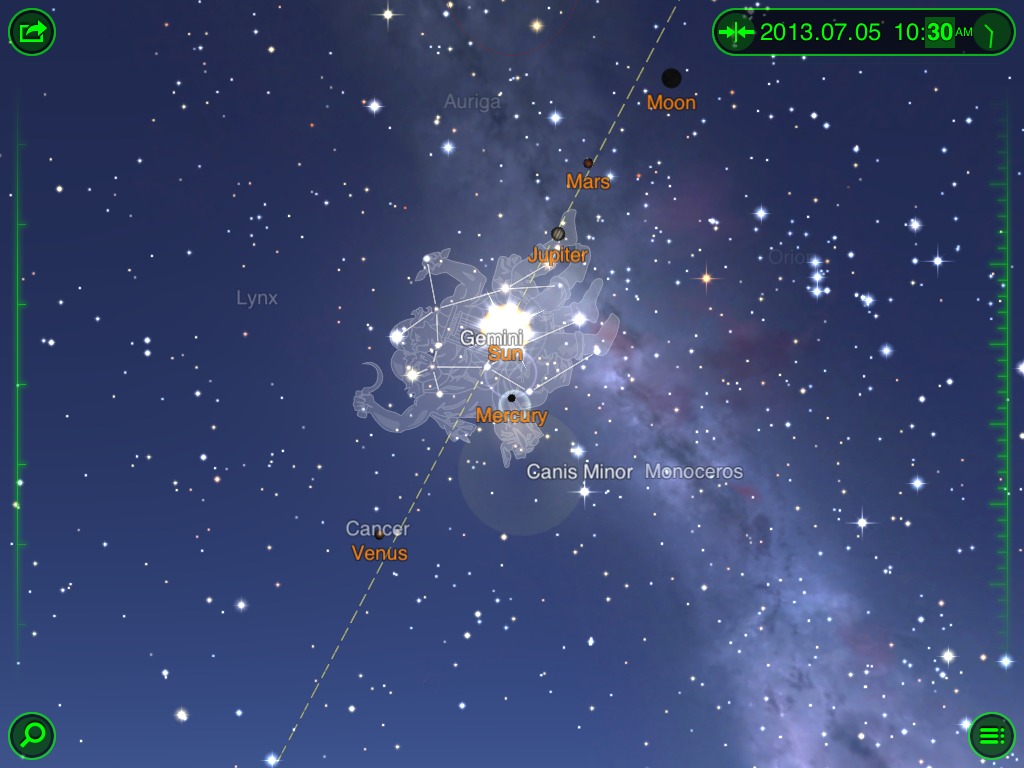 That’s all impressive enough, but if you point your device at the sky, that’s when the magic happens. Suddenly Star Walk turns your device into a window onto the universe, controlled by your device’s built-in gyroscope. Even in your living room, Star Walk will show you what the section of the universe you’re pointing at
looks like at a given moment. It’s truly awesome.

Star Walk also features an augmented reality mode, activated by two buttons in the upper-right corner. One button turns on the camera, showing you stars and planets overlaid over whatever you’re looking at. Another lets you align what’s on the screen with what you’re seeing, such as the sun or moon, so you can be sure Star Walk is lined up with the sky. 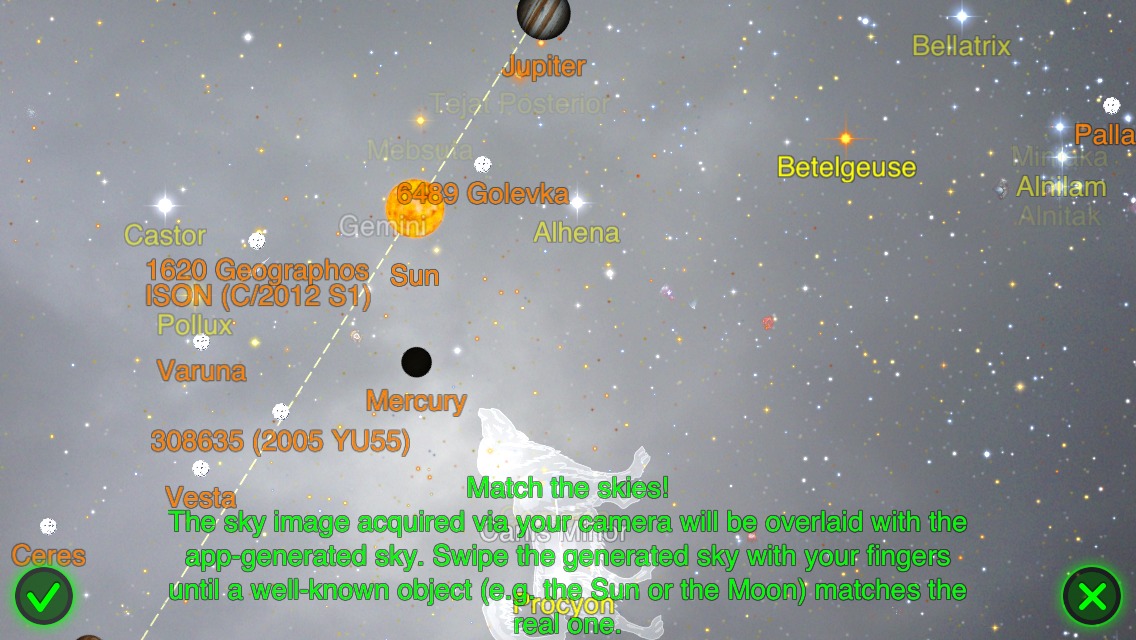 Star Walk might not be the newest app on the block, but it’s mature, packed with features, and a lot of fun. It’s a great excuse to get outdoors on a warm summer night and a wonderful way to introduce children to astronomy.