In the wake of the demise of Google Reader (see “The State of Google Reader Replacements,” 27 June 2013), I’ve been forced to move away from my preferred Mac newsreader, Reeder. It hasn’t been updated to support any of the new RSS syncing services, and developer Silvio Rizzi has removed it from the Mac App Store while saying that “Development of Reeder will continue after July 1st.” Fortunately, developer Balazs Varkonyi of Webin has come to my rescue, updating his ReadKit app to support a slew of RSS services just before the Google Reader shutdown.

Originally an app designed as a viewer for read-later services, such as Instapaper, Pocket, and Readability, ReadKit now supports bookmarking services Pinboard and Delicious, plus RSS syncing services Fever, NewsBlur, Feed Wrangler, and Feedbin, and it even has its own internal RSS support. The effort has paid off. As I write this, ReadKit has rocketed to the top ten paid apps in the Mac App Store, where it
retails for $4.99.

For now, if you want a Mac-native RSS reader that syncs with other platforms, then ReadKit is your only option. The aforementioned Reeder is tied to Google Reader, which no longer functions, and the latest version of NetNewsWire doesn’t feature syncing at all.

ReadKit’s interface is simple and clean, like a Mac app should be. Your content sources are in a sidebar on the left, individual items in the middle column, and content in the right column. You can reorder the list of services in the preference pane. My advice, if you’re a Feed Wrangler subscriber, is to move that service to the very bottom of the list, as it stubbornly displays every feed you’ve subscribed to and clogs up the list. 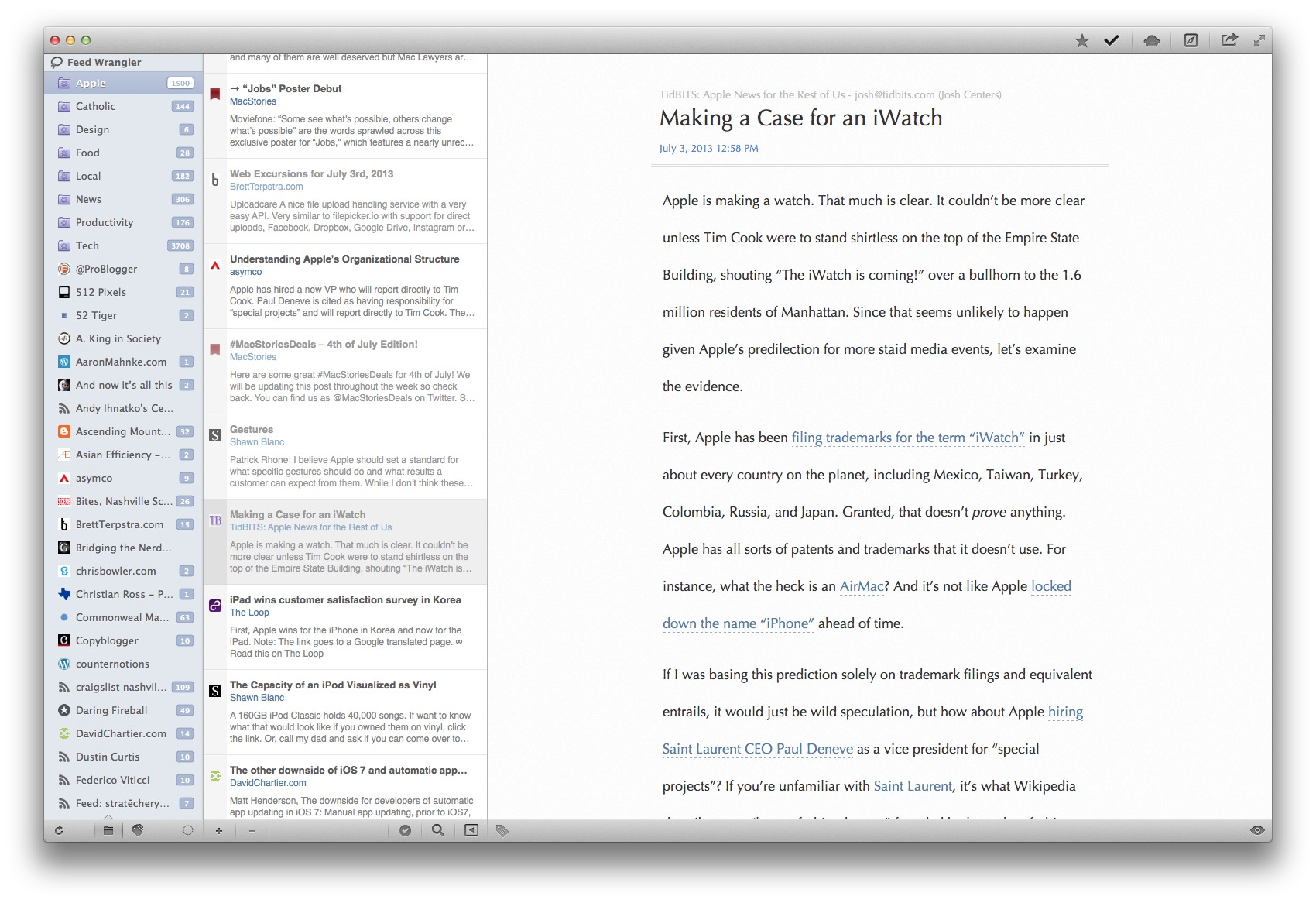 Just because you can add so many services, doesn’t mean you should. In my experience, adding Feed Wrangler, NewsBlur, and Feedbin at the same time leads to extremely high CPU usage, which in turn makes my MacBook Pro sound like it’s preparing for takeoff. It’s best to just pick one RSS service and stick to it.

No matter how many services you’re brave enough to add, ReadKit makes it simple to keep up with all of your content, thanks to a feature called Smart Folders. Like Smart Playlists in iTunes, Smart Folders let you specify criteria for filtering content. By default, ReadKit includes two Smart Folders: Read Later, which compiles all content from services like Instapaper and Pocket, and RSS News, which compiles all items from your various RSS subscriptions. The RSS News Smart Folder is pretty good about not displaying duplicate entries from multiple services, but it slips up sometimes. 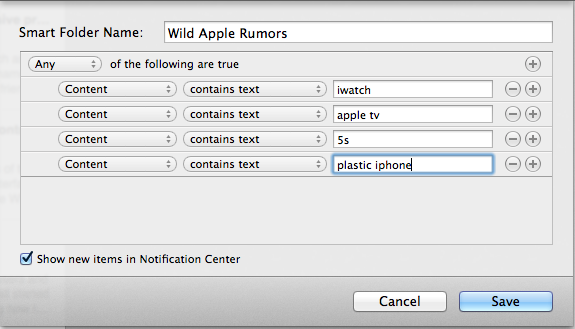 If you have a paid Pinboard account, and you should if you’re a bookmark hoarder, you’ll be pleased to see that ReadKit provides full support for all of your tags, in a separate Tags tab at the bottom of the screen, as well as access to your archives, private bookmarks, and shared bookmarks in the feed tab. The Tags tab also features all of your starred Pocket items. 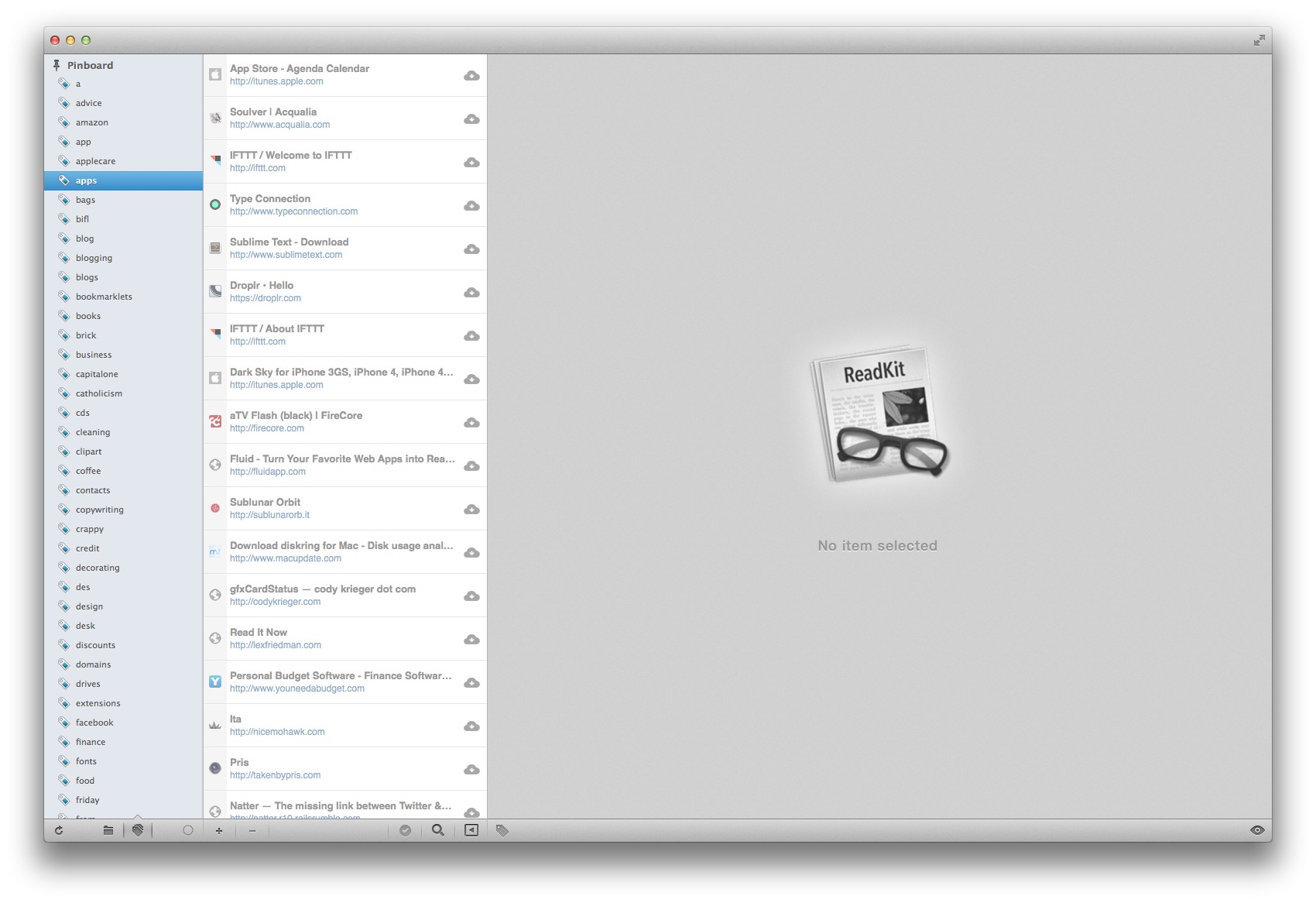 Adding content to all services is straightforward, yet problematic. To add something new, whether a bookmark or a new subscription, click the plus icon on the bottom of the window, then select your preferred service from the pop-up menu. The options change depending on which service you choose. New Pinboard bookmarks require a Web site address, with an optional title and description. However, ReadKit doesn’t accept tags, which is an odd exclusion, since tags are a core part of Pinboard.

Subscribing to RSS feeds is hit or miss, depending on which syncing service you use. To add an RSS subscription, choose a service and paste in the feed URL — there’s no built-in directory of feeds. However, if you keep your RSS subscriptions sorted into folders, as you probably do, then adding feeds can be painful, as only NewsBlur, which was the first RSS service supported by ReadKit, supports adding a feed to a folder. Adding feeds to Feed Wrangler works, but you can’t add a feed to a Smart Stream. Meanwhile, adding feeds to Feedbin seems to be broken entirely, claiming that any feed I try to add to it isn’t valid. However, those feeds later appeared in my Feedbin account, so there are still some kinks to work out. 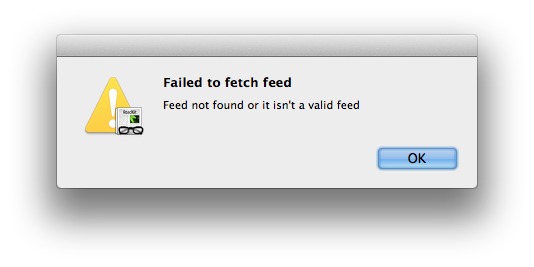 Assuming you can add the content you want to read, ReadKit allows extensive customization options as to how you view your content. By default, ReadKit displays articles in the Optima typeface at 18 point. I don’t find this optimal, but you can choose any font you please. Not only that, but you can view content as left-aligned or fully justified, adjust article width, and even set line height. There are also a few themes included, but I’d like to be able to set a custom theme. I’m also surprised some variant of the Solarized color schemes, which are popular color schemes designed to maximize readability, isn’t included, though the Corporation and Dark themes are pretty close. 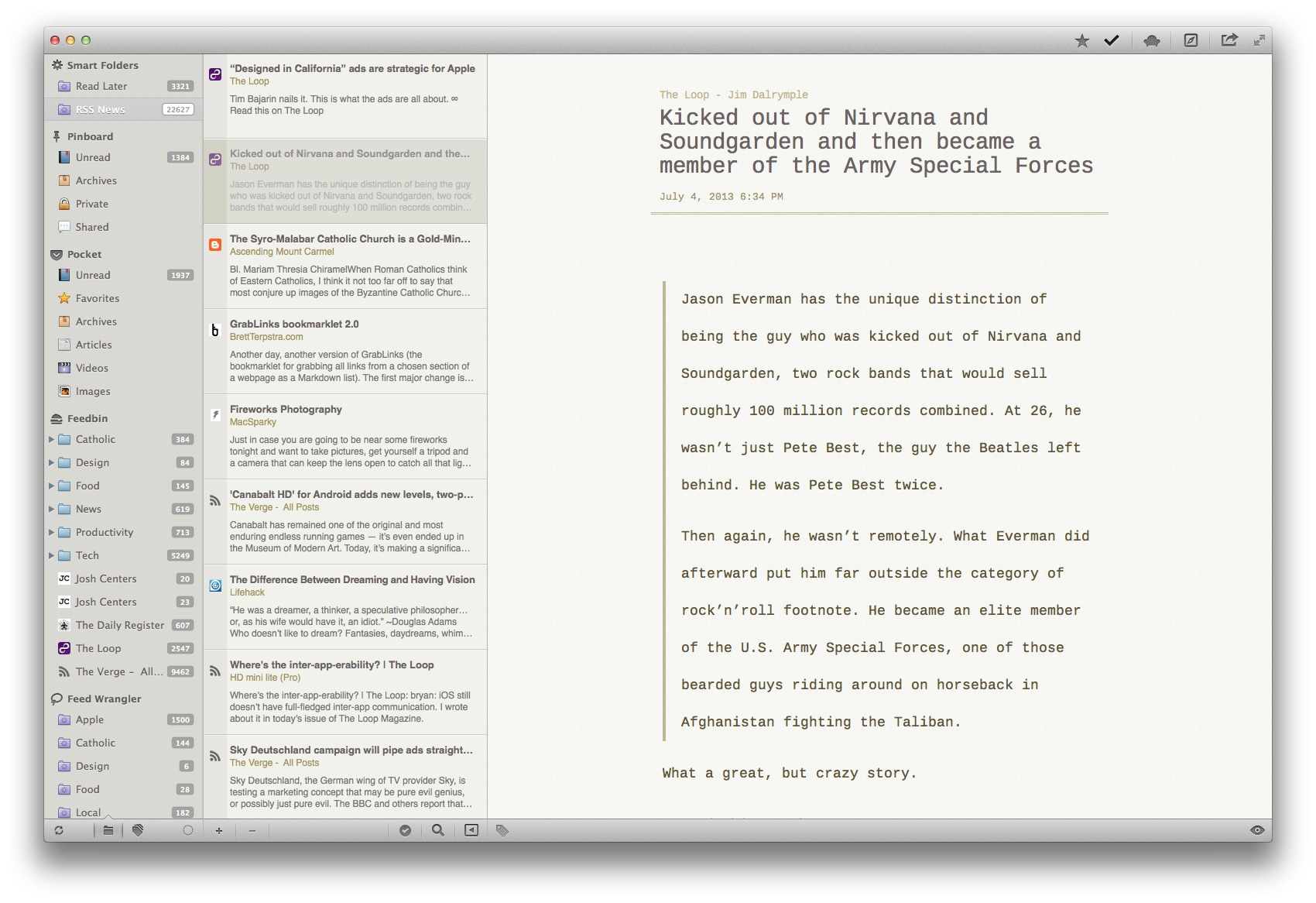 You can also choose to render content with Readability’s text parser for enhanced clarity, though I haven’t noticed a difference from the built-in engine. Of course, you can also open any article in your default Web browser. There’s also a share menu that lets you send content to email, Messages, Twitter, Facebook, and Evernote. 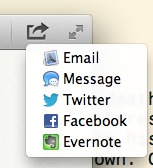 You might notice a couple of items missing from that list: Instapaper and Pocket. You can still add articles to those services, by dragging the item from another service. For instance, you can drag an article from Feed Wrangler into Instapaper to save it for later reading, or you could drag an article from Pocket to Pinboard when you’re done reading it, but want to save the link for future reference. However, this is a problem if you prefer Instapaper, because you can’t add an Instapaper account to ReadKit
unless you have a paid subscription. Normally, I’d recommend supporting the service, but with Instapaper’s recent acquisition (see “Betaworks Takes over Instapaper,” 25 April 2013), and presumable upcoming redesign, the future of paid subscriptions is a question mark. Even if you’re fine with using Pocket instead of Instapaper, dragging and dropping is more cumbersome than clicking a button. This is an oversight that I hope to see smoothed out in an update.

Also missing from the Share menu is an option to copy a link. Rather, you need to choose Copy Link from the Item menu.

Most annoying though, is that RSS feeds sometimes stop refreshing entirely until I quit and relaunch the app. I’d blame it on the individual service’s API, but other RSS apps seem to sync just fine. To be fair to developer Balazs Varkonyi, he worked like crazy to add so many new services under a tight deadline, so things are understandably imperfect and will undoubtedly be improving over time.

Overall, ReadKit brings together a lot of features in an attractive package for a low price. Yes, it does currently suffer from a number of bugs. But I can look past most of them, since none are showstoppers, the app is still extremely useful, Varkonyi scrambled to support Google Reader refugees, and he’s prompt in communicating with users. Most important, there aren’t really any other options for RSS syncing on the Mac. As a professional technology writer who depends on all these services to keep my finger on the pulse of the Apple community, ReadKit is indispensable.

Comments About ReadKit for Mac Is Almost the Perfect Reading App