Road trips are a summer tradition. But maybe you don’t have the time or money to take one this summer. No worries. Thanks to Desert Bus for the iPhone, iPad, and iPod touch, you can have all the fun of a summer road trip from the comfort of your couch for only $0.99. 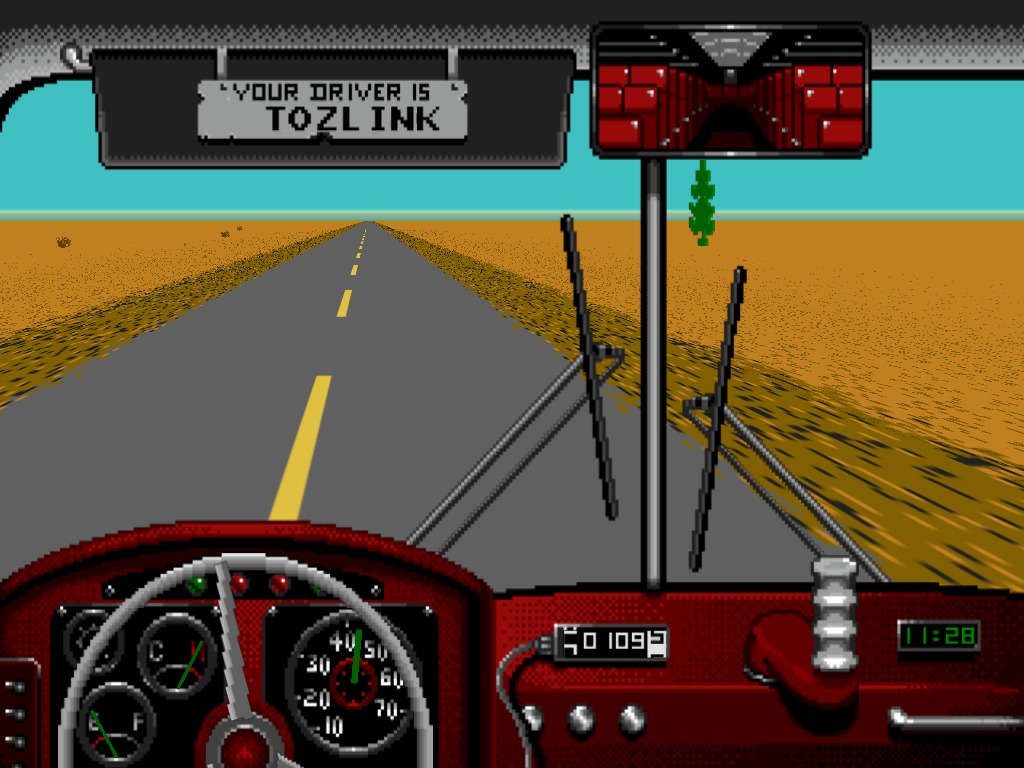 Desert Bus has one of the most interesting backstories in gaming. As the New Yorker’s Simon Parkin reported earlier this week, it was part of an unreleased Sega CD title designed by the magicians Penn & Teller, a game long thought to be little more than an urban legend. That is, until a video game writer who received a rare review copy in the 1990s sent a copy to Frank Cifaldi,
founder of the Lost Levels Web site, which spotlights unreleased games. Cifaldi released the game to BitTorrent, and the rest is history. If you’d like to play the original (via a Sega emulator if you don’t happen to have a Sega CD or 3DO around), blogger and entrepreneur Andy Baio now maintains it.

The object of Desert Bus is to drive a bus 360 miles from Tucson to Las Vegas. Being a “verisimulator,” the game aims for realism. The drive takes eight real-time hours — there is no pausing. If you switch away from the app, you have to start over. If you go off-road for any reason, your engine overheats and you have to wait several minutes for a tow truck, which tows you back to the starting point. In real time, of course. This is not a game for the faint of heart. If you manage to complete your perilous journey, you receive a point, and earn the privilege of turning around and doing it again to rack up another point. 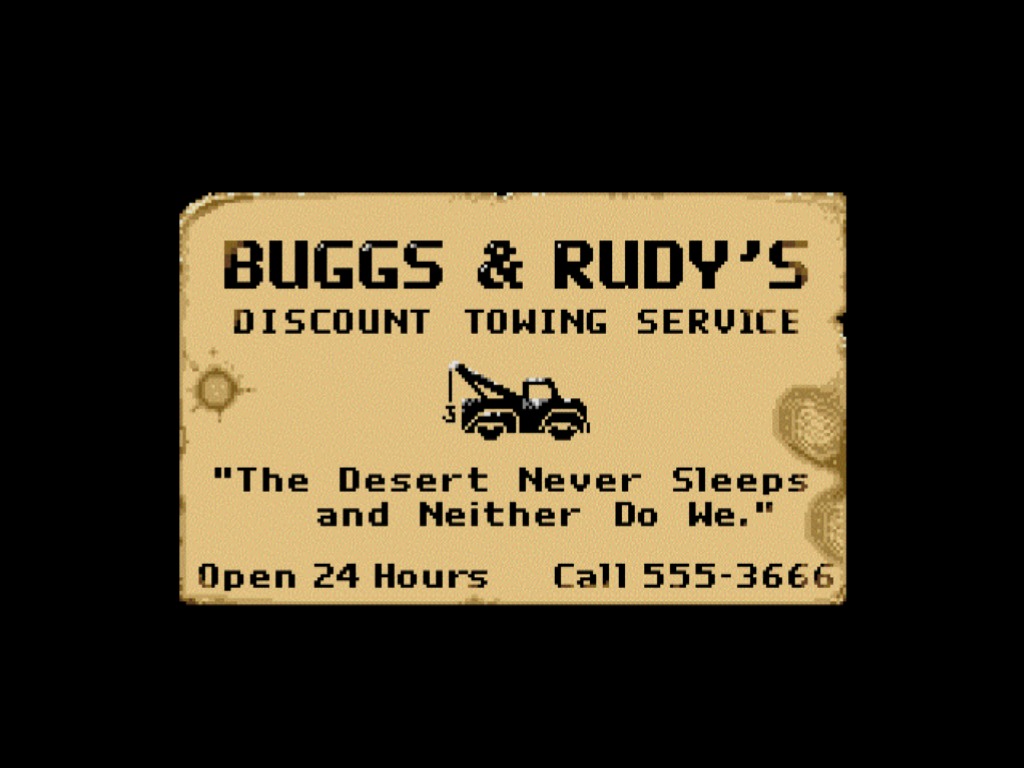 Controlling the bus is easy, though it does tend to pull to the right. Hold down on the screen to accelerate, tap the horn to honk, and tilt the device to steer. Along your trip, you’ll see many sights, including asphalt, sand, road stripes, tumbleweeds, sand, road signs, asphalt, and even your bus’s air freshener.

Full disclosure time. The game is awful. In fact, it may be the worst game of all time — even worse than Superman 64. You would have to be insane to want to play Desert Bus, much less waste precious hours of your life scoring one, two, or even more points. Unless you were doing it for a great cause.

The Internet comedy group LoadingReadyRun decided to film their play-through of the game as a joke, but then they came up with a novel idea: turn it into a telethon of sorts, with the proceeds benefitting the Child’s Play charity, which donates video games to children’s hospitals. Thus, Desert Bus for Hope was born.

Over the past six years, Desert Bus for Hope has raised over a million dollars for Child’s Play, and they’re currently taking donations for their November 2013 run, which has already amassed over $440,000. The more you donate, the longer they drive. Even Penn & Teller have joined in on the fun, donating money, food, and moral support.

Desert Bus is one of the strangest, sweetest, and funniest stories in gaming. Now you can own part of that experience on your iPhone or iPad for a mere 99 cents, with proceeds going toward Desert Bus for Hope. Play an awful game for a great cause. Or, just buy it, play it for a few minutes to understand how terrible it really is, and feel the satisfaction of knowing that you’ve done a small bit to brighten the day of a kid in hospital.