TextWrangler 4.5.3 — Alongside the BBEdit 10.5.5 maintenance release, Bare Bones Software has updated TextWrangler to version 4.5.3 with many of the same fixes and refinements. Highlights among the nearly 30 improvements include TextWrangler offering to move itself to the Applications folder on launch if it’s not already installed there, the option to discard existing auto-save state by holding down Command-Control-Shift while launching the app, and improved custom cursors that look better on Retina displays. (Free from Bare Bones Software and the Mac App Store, 9.8 MB, release notes)

BBEdit 10.5.5 — Bare Bones Software has released BBEdit 10.5.5, which has no new features but fixes a number of outstanding issues. As always, the release notes include such entertaining gems as:

Fixed bug which would cause internal exceptions (and subsequent strange behavior, like all menus being disabled) at startup on certain systems. I don’t know why she swallowed a fly.

Flash Player, you have generated your last crash log.

Other highlights among the more than 30 listed changes include BBEdit offering to move itself to the Applications folder on launch if it’s not already installed there, the option to discard existing auto-save state by holding down Command-Control-Shift when launching the app, and improved custom cursors that look better on Retina displays. ($49.99 new from Bare Bones or the Mac App Store, free update, 12.6 MB, release notes)

Logic Pro X 10.0 — Apple has released Logic Pro X 10.0, redesigning the professional audio app with a sleeker, darker interface. New features include Track Stacks for grouping related tracks, Smart Controls for adjusting multiple plug-in parameters at once, a virtual drummer (safe from spontaneous combustion!), and Flex Pitch for fine-tuning the pitch of notes. Released alongside the update is Logic Remote for the iPad, a free companion app to control Logic Pro X remotely. If you’re worried that Logic Pro X will be the disaster Final Cut Pro X
was on initial release, we suggest reading veteran Apple writer and guitarist Jim Dalrymple’s thorough review. As with all Mac App Store apps, there is no upgrade discount; if you want to move up from the previous version, you must still pay full price. ($199.99 from the Mac App Store, 650 MB) 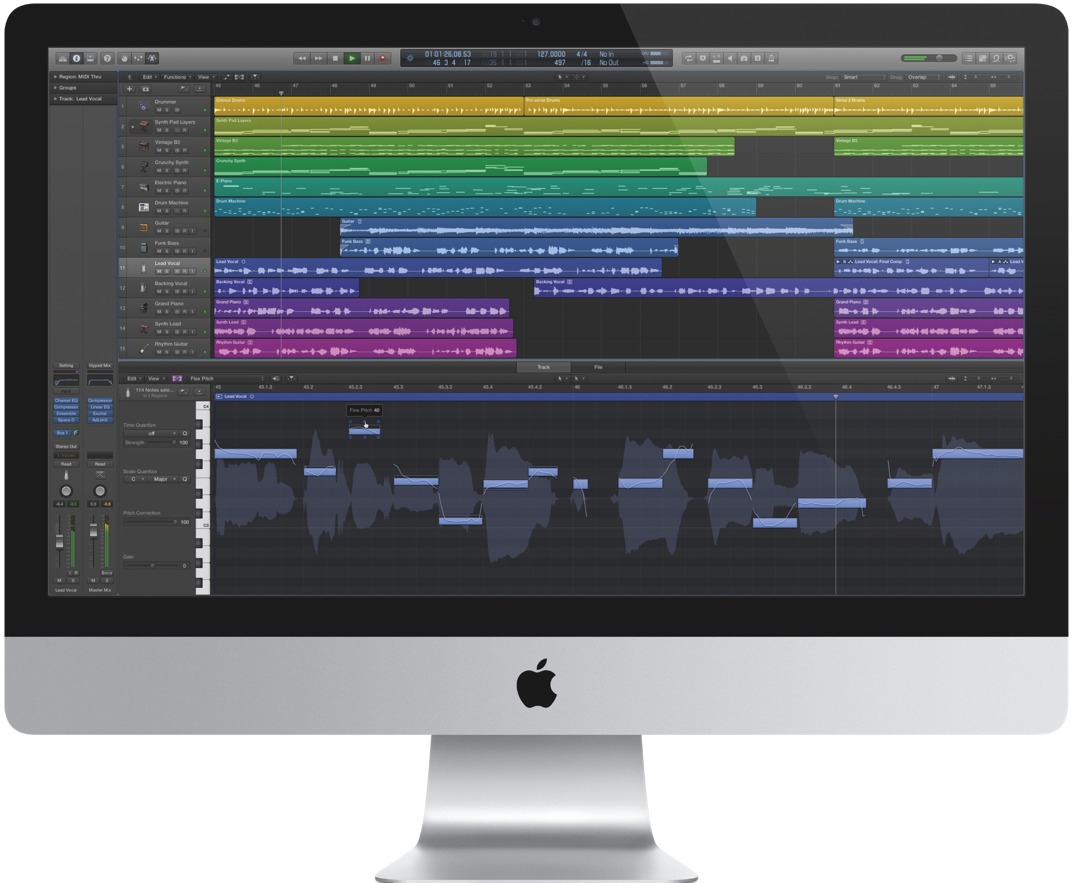