Apple sent email to developers announcing that its developer services are now fully restored after a nearly month-long outage. To help make up for the inconvenience, Apple is extending all developer subscriptions by one month. Apple took the Developer Center offline shortly after security researcher Ibrahim Balic publicly revealed a method of obtaining personal information about subscribers (see “Researcher May Have Caused Apple Developer Center Shutdown,” 22 July 2013), although the company has not publicly confirmed that the two events were related. In the interim, Apple released a status page so that developers can check which systems are online (see “Apple Deploys Developer Center System Status Page,” 25 July 2013). 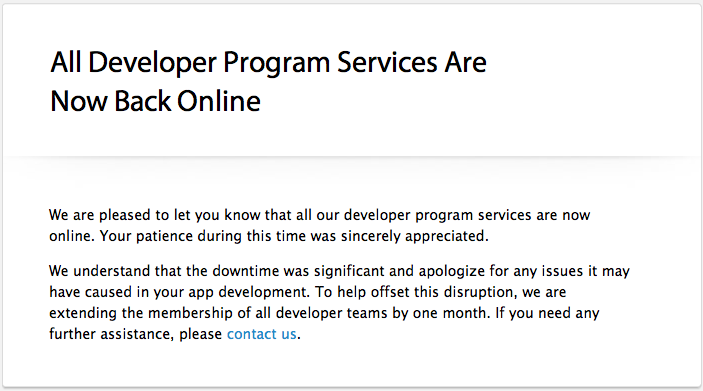