We often use our iPhones and iPads to kill time, to while away a few otherwise wasted minutes. Checking in on Twitter or Facebook, playing a round or two of Angry Birds, reading a few tech headlines — they might distract you from whatever is happening in the real world, but they aren’t necessarily relaxing. It doesn’t have to be that way. Have you ever found yourself just sitting, listening to thunder roll across the hills while the rain beats a steady rhythm outside? It’s mesmerizing, and touches some deeply seated biological memory, since humans have been hearing these sounds for millennia.

Now, with the Thunderspace iOS app ($0.99), you can lose yourself in a thunderstorm, regardless of the weather. Thunderspace uses clever audio and visual tricks to provide a stunningly immersive experience of nature’s chaos, wherever you may be.

While the core concept of Thunderspace isn’t unique, its execution is impressive. You may be familiar with other sound-generating apps or the Echoes of Nature albums, which provide looping recordings taken from deep within nature. Thunderspace takes this idea to the next level by using stereoscopic 3D audio and the iPhone’s LED flash to fill your room with surprisingly realistic lightning — all wrapped in a beautifully designed interface whose color changes to convey the mood and ambience of each thunderstorm. 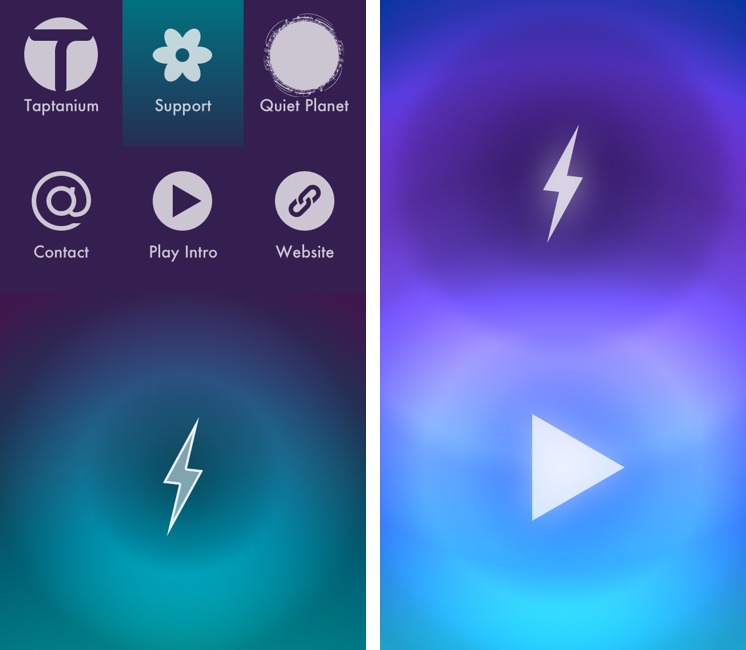 Headphones, Please! — Stereoscopic 3D audio has to be heard to be believed. The 3D effect is achieved by recording sounds the same way we all hear: with a pair of special microphones positioned just like two human ears. The microphones capture interaural time and level differences (because sound waves reach each ear at different times and volumes) to make the audio sound shockingly lifelike. Plus, to avoid the obvious repetition that our brains are so good at identifying, Thunderspace’s thunderstorms are up to 26 minutes long and seamlessly looped.

Emmy award-winning nature sound recordist Gordon Hempton is responsible for the audio in Thunderspace, and he’s done a fantastic job. As a musician and amateur audiophile, I had high expectations while testing the app, and I wasn’t disappointed. 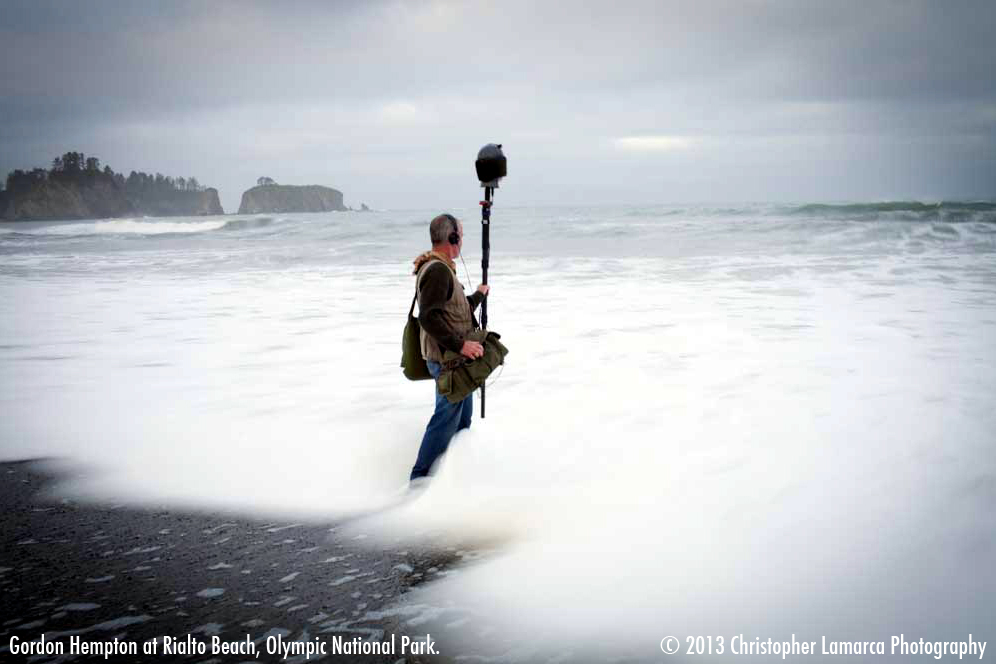 The stereoscopic recording technique isn’t the only innovative part of Thunderspace: the ingenious use of the iPhone’s LED flash to mimic lightning is also unexpectedly immersive. I was skeptical at first — I expected to feel as though people were taking pictures of me. Boy, was I wrong. The timing, intensity, and frequency of the LED use is just right to imply lightning in a dim room — coupled with Thunderspace’s remarkable audio, I really did start to drift off into the tempest. Taptanium,
the creators of the app, spent over a week perfecting each thunderstorm, recreating the appropriate delay between lightning and thunder by analyzing the lower frequency spectrum for each clap of thunder to determine how close it was.

Thunderspace provides two thunderstorm recordings (the first two on the following list), with six additional storms available for $0.99 each as in-app purchases. The soundscapes are titled Roof Garden, Waterscape, Desert, Wetlands, Rainforest, Moonlit, Angels, and Wood Frogs. It’s easy to preview locked sounds, so you can try before you buy. 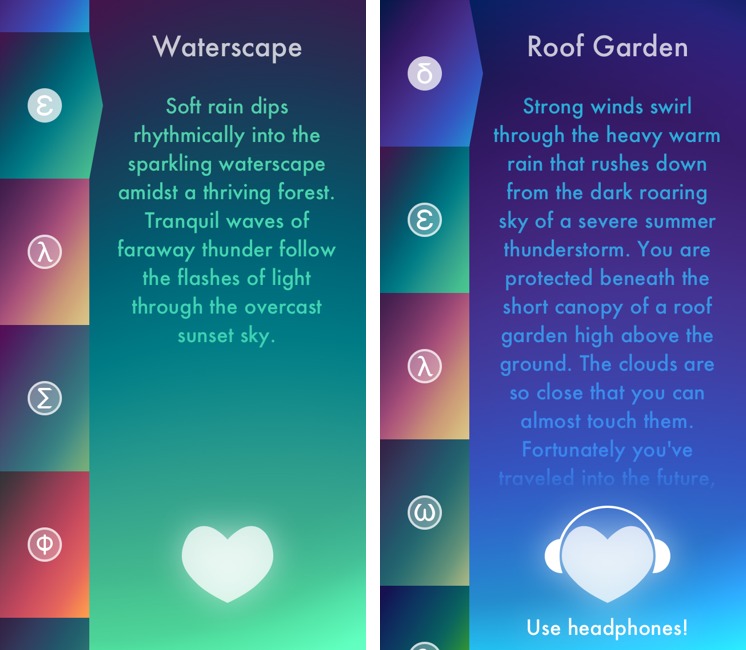 I’ve explored only the stock thunderstorms so far, but I’ll be purchasing Moonlit the next time I relax with my headphones. Speaking of which, Taptanium claims to have optimised Thunderspace specifically for playback on Apple’s EarPods. This will likely enhance the experience of the app for most people, although I still strongly recommend using high-quality headphones (I like the Audio-Technica ATH-M50S) for optimal listening.

So there you have it. If you want to spend some time relaxing quietly after a hard day at work, you’ll enjoy Thunderspace’s extraordinary sounds and elegant interface. Also be sure to check out the app’s promo video (in HD, if you have the bandwidth) for a glimpse of some more of Taptanium’s hard work.