I’m not a great photographer. One of my toughest college courses was Introduction to Photojournalism at Western Kentucky University. For those not in the know, WKU has one of the finest photojournalism programs in the nation, and I insisted on taking the “real” class instead of the watered-down version for print journalism majors. After several hundred dollars and dozens of hours taking, developing, and printing photos, I squeaked through with a hard-earned “C.” I loved learning how to make photos the old-fashioned way, but I never care to do it again.

As such, I’ve been happy to rely on my trusty iPhone for my photography needs. It’s always with me, the camera is roughly equivalent to a point-and-shoot, and sharing the photos is a breeze. That is, I was happy with the iPhone’s camera until my wife became pregnant with our son, James Harrison.

I’ve long been awestruck by the photo Daring Fireball’s John Gruber managed to take of his son seconds after birth, and I wanted to do the same. Not only that, but as Glenn Fleishman has pointed out, every modern journalist needs a quality camera, since the iPhone doesn’t excel at the situations a typical reporter faces, such as low-light indoor shots and moving subjects. But good cameras are expensive, and with all the baby-related necessities we had to buy, I couldn’t justify the expense. Even mirrorless cameras that are usually smaller and cheaper than DSLRs can be pricey (see Glenn’s
“My Camera History: Canon AE-1 to the Mirrorless Sony NEX-6,” 17 March 2013). Glenn’s Sony NEX-6 retails for about $650 — and that doesn’t include a lens! I couldn’t justify spending $800 on a camera, so I resigned myself to mediocre iPhone photos.

That is, until our own Jeff Carlson pointed out that the Canon EOS M was on sale for over half off. Jeff was even kind enough to write me a book about how to use it: “Canon EOS M: From Snapshots to Great Shots.” I don’t know much about modern cameras, but Jeff’s the best photographer I know, so I splurged and scooped up the camera before it sold out at that price. My wife and I both agree that it’s one of the best purchases we’ve made.

When Canon first released the EOS M, it received mediocre to poor reviews in the press, and was dimly regarded by many photographers, who complained vociferously about its slow autofocus. There were also complaints about lousy battery life, lack of a flash, expensive accessories, and even the camera itself being overpriced at $800.

Fortunately for the prospective camera buyer, a series of events has made the EOS M far more attractive. A recent firmware update increased the autofocus speed; while not great, it’s now acceptable, and there’s even a workaround to make it better. And, notably, the street price of the camera has dropped considerably. I purchased the EOS M from Amazon with a 22mm lens for $300 — that bundle, with the separate flash, now costs about $400 at B&H (Amazon’s price, without the flash, is up to $415), which is still a great deal.

If you don’t get a bundle that includes the flash, it’s a separate purchase for about $130. Personally, I find the lack of a flash to be a feature. One of the worst things to happen to photography is the proliferation of built-in flashes, leading to untold fathoms of photos ruined by washed-out skin tones and red eyes. If you want to take better low-light pictures, open your aperture or lower your shutter speed. Flashes have their place, but if you don’t know how to use them properly, you should avoid them. That’s why I rarely use them.

The EOS M’s early reviews were correct in stating that the battery life isn’t phenomenal, due to its large screen combined with a battery that’s smaller than those in typical DSLRs. Fortunately, there’s an easy and cheap fix. For about $26, you can purchase a Wasabi bundle, featuring two batteries, a spare charger, and even a car charger. The Wasabi batteries seem to last longer than Canon’s, and with three batteries in your bag, you’ll be ready for anything. My battery ran dry just as a nurse burst in the room and announced that my wife required an emergency C-section. I quickly swapped batteries as they began to prep her for surgery, and I was good to go — at least on the camera front. (My wife was being swarmed by nurses, so all I could do was stand back, put on my scrubs, and change my camera battery.)

And that brings me to what I love most about the EOS M: it takes fantastic images — with little photographic skill required. Skilled photographers can manually adjust the focus, shutter speed, aperture, and ISO, but you don’t have to be Ansel Adams to take great pictures. The EOS M has a switch that lets you quickly set the camera to its Scene Intelligent Auto mode, and while not always perfect, it often works well enough.

For most of my shooting, I stick to Aperture Priority mode, which automatically adjusts the shutter speed based on available light, but leaves the aperture, white balance, and ISO in the hands of the photographer. It’s similar to manual mode, but with a lot less work, so I’m not fumbling with settings while the moment passes by. I usually leave the aperture wide open at f/2 (which allows more light to enter the camera; more on that in a moment) and adjust the ISO to be as low as possible while keeping the automatic shutter speed fast enough to avoid creating a blurry mess. It was in this mode that I took my first picture of my son. The doctor was nice enough to hold him up for me, but I obviously didn’t have much time. Fortunately, I think I nailed it on the second shot.

After that, our surgical anesthesiologist kindly offered to take pictures of my wife, son, and me together. I switched the camera to automatic mode and handed it over, which resulted in one of my favorite pictures of the event, and one of the coolest family portraits I’ve seen. She didn’t have to think about f-stops or shutter speeds — point and shoot was sufficient for a fantastic shot. 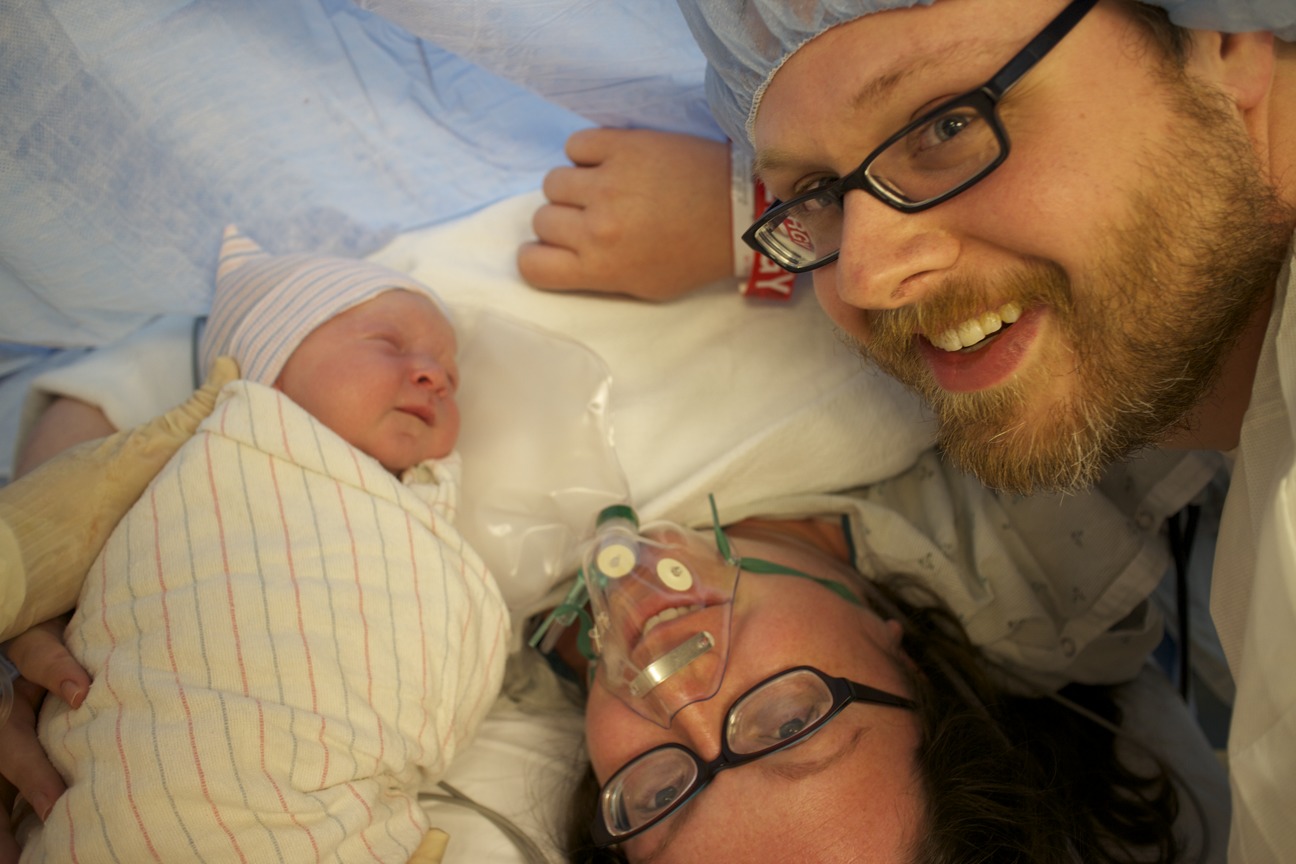 For lower-light environments, like hospitals, the 22mm lens opens up to a full f/2, which is terrific for a camera of this size. In other words, that means you can take better pictures in poorly lit rooms. For that reason, I recommend the 22mm lens over the cheaper 18-55mm zoom lens, which opens only to f/3.5. Also, as Jeff pointed out, the 22mm lens is more portable.

While the 22mm lens is great for close-in shots, it’s less good at a distance, since there’s no mechanical zoom. Fortunately, Canon makes an adapter that lets you use any Canon EF or EFS lens with the EOS M, enabling the camera to grow with my child. If he gets into sports, I can buy the adapter and a telephoto lens and be good to go. The bad news is that the adapter alone costs a whopping $140.

Even though the 22mm lens takes great close-ups, the EOS M’s autofocus can get in the way. While Canon has improved autofocus recently, it can still become confused in close quarters and low light. That’s why it’s a good idea to turn on AF+MF mode, which lets you focus manually as well. Then, if the autofocus is being wonky, just turn the dial on the lens to kick the camera into manual focus mode. The only problem is that you have to wait for the autofocus to lock before focusing manually — a silly decision on Canon’s part. I used that technique to take this shot of Harris over my wife’s shoulder, and it’s one of my favorites. (I learned this trick from Jeff’s book, which also includes numerous other tips that make it a must-have for EOS M owners.) 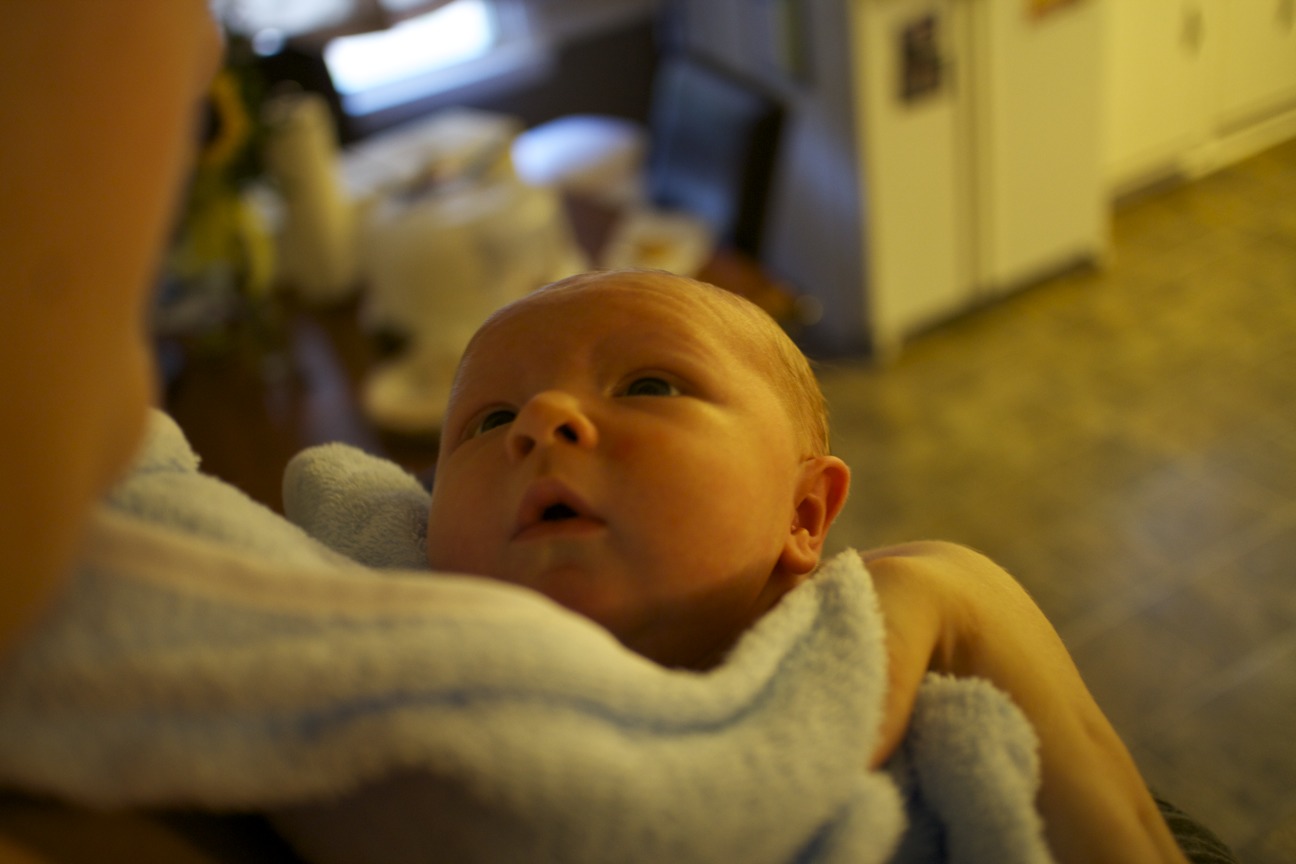 A few final thoughts about the EOS M. Although its LCD screen is very good, it has no viewfinder, which is a problem for some. (But the mere presence of a viewfinder doesn’t always mean much, since many small cameras have viewfinders so tiny that they’re not even functional.) Overall, the EOS M is solidly built, with a metal body that feels expensive. Despite that, it’s small, light, and incredibly portable — I can slip it into a large pocket. The included camera strap fits securely to the camera, but it sometimes gets twisted around, and must be detached to disentangle it.

If you are an expectant parent, neophyte freelance writer, or just interested in becoming more involved with photography, the EOS M is a good choice — especially if you manage to snag one for cheap. There are better cameras, for sure, but the EOS M offers a great combination of low price, adaptability, photo quality, and solid build. So far, it’s the best technology purchase I’ve made all year — and I’ve made some great ones (see “Setting Up a Home Office with Josh Centers,” 19 July 2013).

Thanks again to Jeff Carlson for introducing me to the EOS M! Now I have to read through his streamed book, “Take Control of Your Digital Photos,” to figure out what I should do with the 300 photos I took last week. (TidBITS members can also read the entire pre-release book now — start at “Take Control of Your Digital Photos,” Chapter 1,” 1 July 2013. And, while I’m on the topic, special thanks to all TidBITS members, whose generous contributions help pay my salary, enabling me to work from home and thus spend more time with baby Harris.) 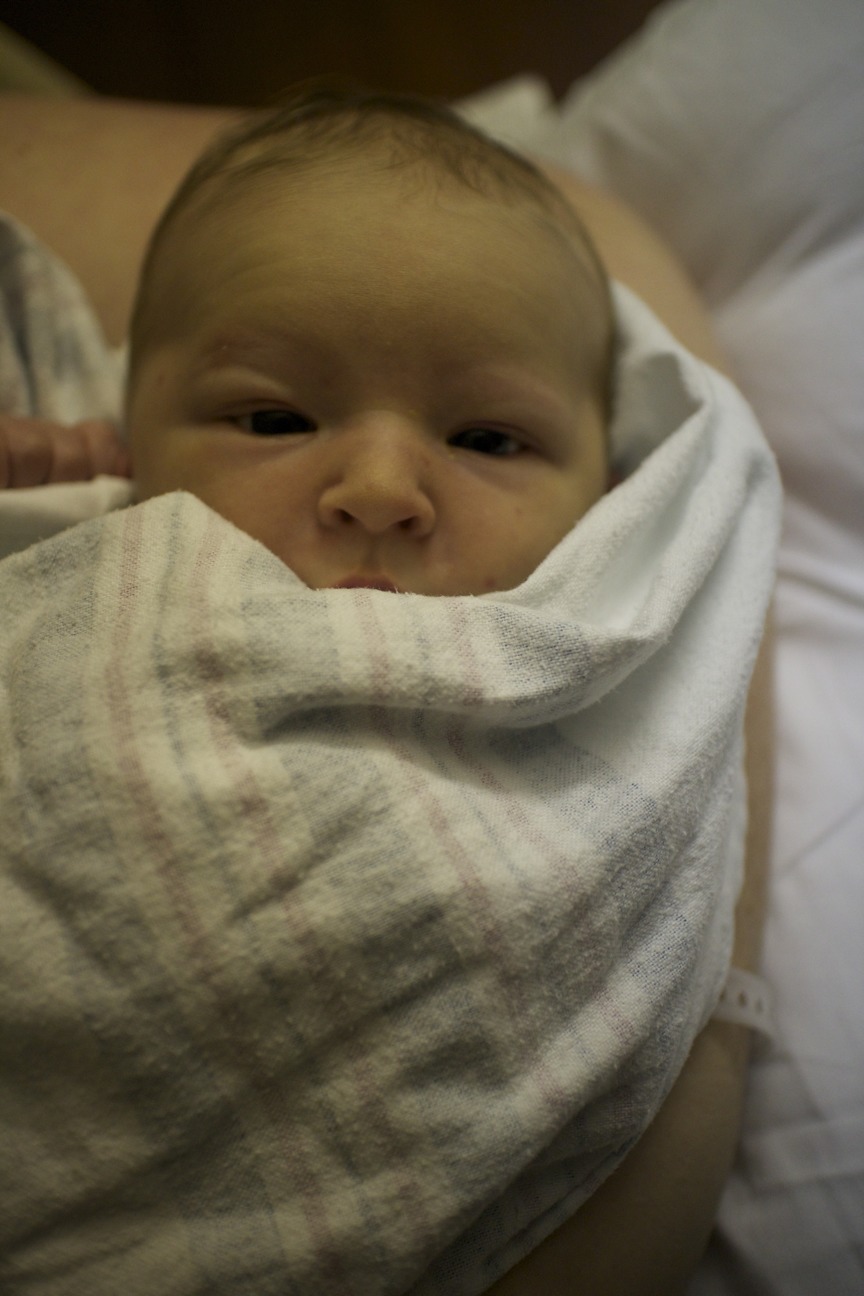