TidBITS Managing Editor Josh Centers called it, in “The Case for a Low-end Plastic iPhone” (24 July 2013), as Apple last week announced the low-cost iPhone 5c, a new iPhone whose specs are similar to the existing iPhone 5, but housed in a colorful plastic case.

With Apple’s Jony Ive saying “iPhone 5c is beautifully, unapologetically plastic,” the iPhone 5c comes in a single-piece polycarbonate case, with every button and part (other than the screen) in color. As its name implies, it’s available in five colors, all reminiscent of brightly hued Easter eggs: blue, white, pink, yellow, and green. 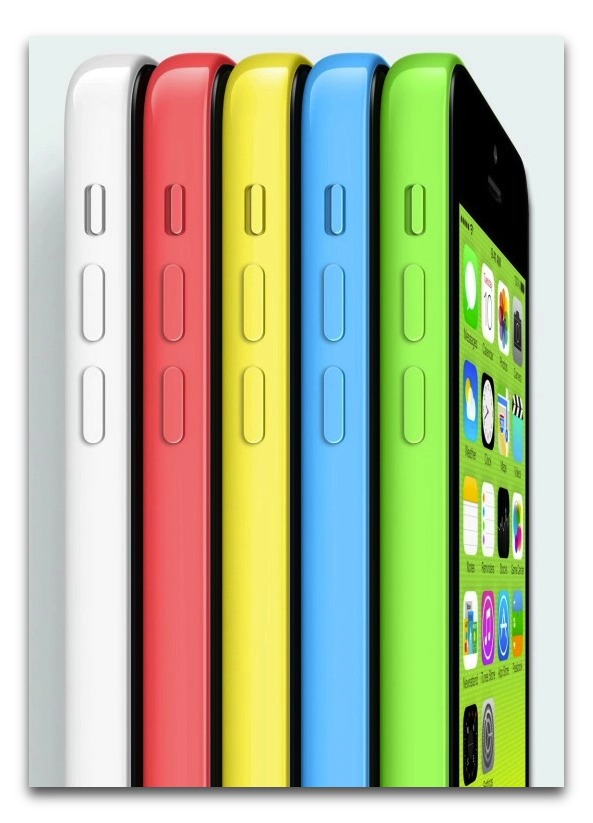 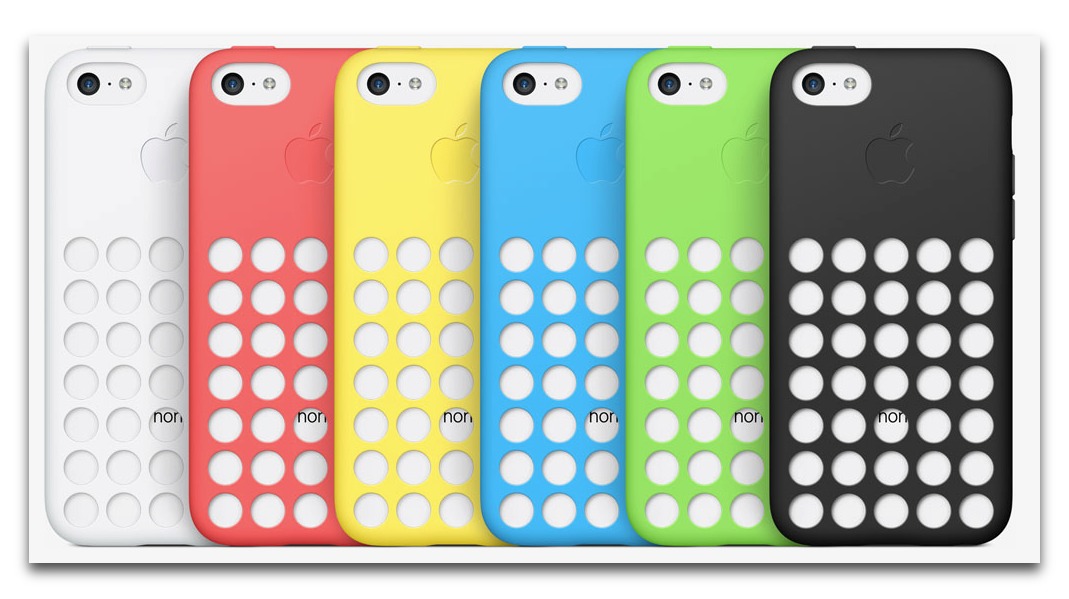 For those more concerned with tech specs than the iPhone 5c’s pretty colors, it sports a 4-inch Retina display, an A6 processor, an 8-megapixel rear-facing camera, 802.11a/b/g/n Wi-Fi in both 2.4 and 5 GHz bands, and Bluetooth 4.0. There’s also a new FaceTime HD front-facing camera that boasts larger pixels, improved backside illumination, and support for FaceTime audio. The iPhone 5c’s battery has a slightly higher capacity than the iPhone 5’s.

Apple emphasized that the iPhone 5c supports more LTE bands than any other phone, which may make it better suited to emerging markets throughout the world, where the iPhone’s higher price has been something of a stumbling block to adoption.

In terms of dimensions, the iPhone 5c is slightly larger than the iPhone 5, gaining 0.6 mm in both height and width, 1.37 mm in depth, and 20 g in weight. The changes aren’t major, but will cause many iPhone 5-specific cases and accessories to need design tweaks.

The iPhone 5c, along with the simultaneously announced iPhone 5s, replaces the iPhone 5 entirely (see “iPhone 5s Announced, Knows You by Touch,” 10 September 2013). That’s important, because, as Josh speculated, had Apple stuck to the previous model of iPhone 5 at a lower price, it would likely have been a poor financial move, due to the relatively high cost and low yield of the iPhone 5. The 8 GB iPhone 4S will remain in the lineup for free, with that two-year contract.

Pre-orders opened for the iPhone 5c on 13 September 2013, with in-store availability (and presumably shipped phones) on 20 September 2013. It will be available in the United States, Australia, Canada, China, France, Germany, Japan, Singapore, and the UK to start, with 100 countries and over 270 carriers included by December 2013.