Amazon has finally added AirPlay support to its Amazon Instant Video app for iOS. Now, you can use AirPlay with an Apple TV connected to your big-screen TV to display digital videos from Amazon. That includes videos purchased or rented, as well as content from Prime Instant Video, which is a Netflix-like service included with $79-per-year Amazon Prime memberships. Note that Prime Instant Video is available only for the primary Amazon Prime account, not for any secondary accounts that might share the free shipping service. 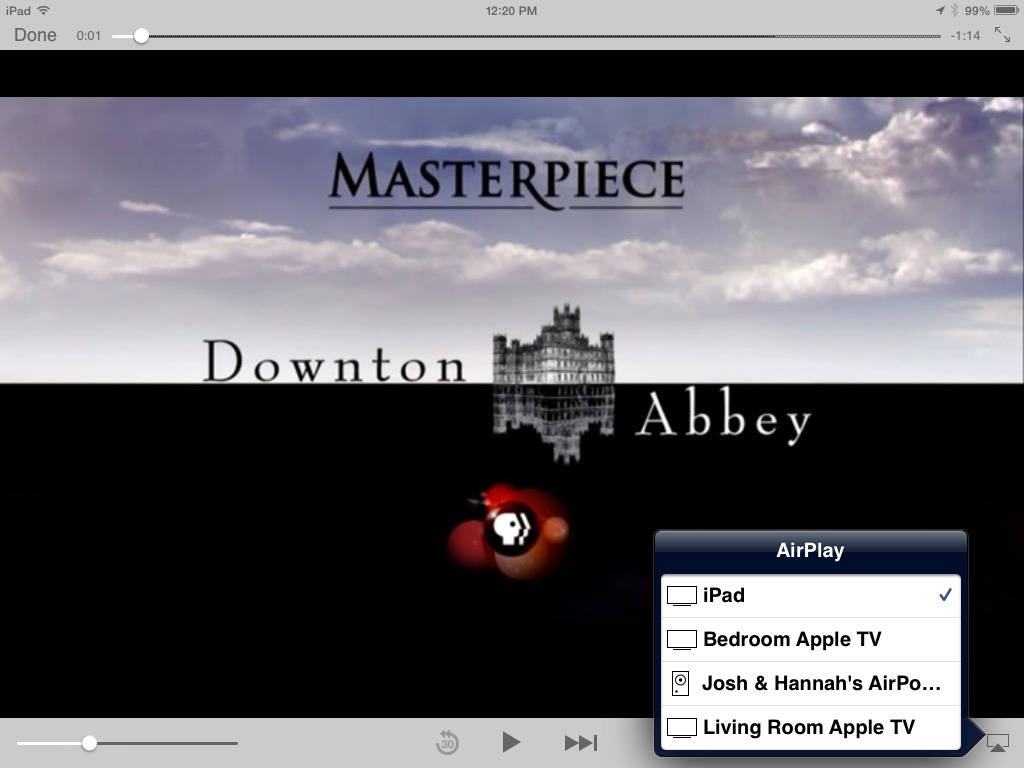 This is good news for Apple TV fans, as Amazon Prime’s video service has been snatching a number of exclusives away from Netflix, including Under the Dome, Downton Abbey, Grimm, Justified, Falling Skies, The Good Wife, and Workaholics. Parents will especially be pleased, as Amazon has a number of children’s shows that have vanished from Netflix, including Yo Gabba Gabba, SpongeBob SquarePants, Dora the Explorer, and Blue’s Clues.

But don’t get too excited just yet, as there are some drawbacks to the Amazon Instant Video app. The first, of course, is that you can’t purchase content from within the app itself, thanks to Apple’s restrictions. However, any digital videos you’ve purchased from Amazon’s Web site should appear in the cloud tab, where you can either stream them or download them to your device for offline viewing. Having both options is an improvement over iTunes, which perplexingly requires downloads and doesn’t offer video streaming in iOS 6 (iTunes video streaming has been added to iOS 7), and Netflix, which offers only streaming and not offline viewing.

The Amazon Instant Video app’s other major liability is that you can’t lock your device or do anything else while streaming a video with AirPlay. If you do, the video shuts off, which is supremely annoying. However, the device will not auto lock while playing a video. Also, in my testing, the video quality wasn’t as good as Netflix.

However, despite these problems, Amazon Instant Video has long been missed on the Apple TV, and while using AirPlay via the iOS app isn’t as seamless as an Apple TV app would be, it’s better than we had before.