Breaking from tradition, Apple last week released OS X 10.9 Mavericks with no more specific advance notice than the “fall” promise from June’s Worldwide Developer Conference. A more interesting first is that Mavericks is free to all Mac users, at least those who can access the Mac App Store, which goes back to 10.6.8 Snow Leopard. 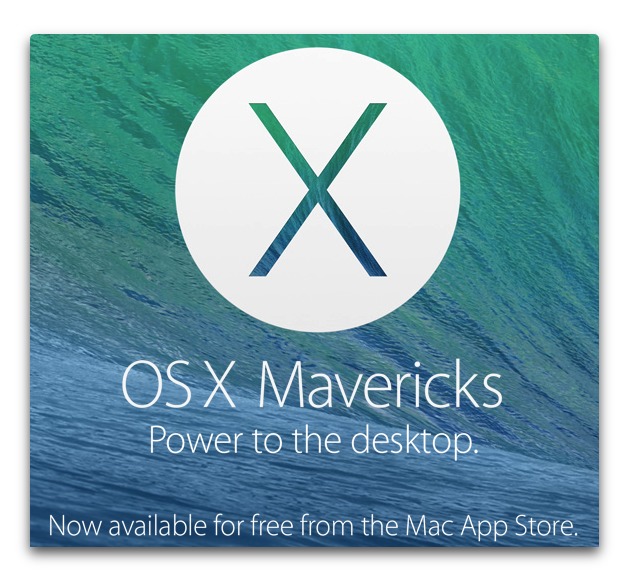 At the company’s special event, which also saw announcements of the new Mac Pro, new MacBook Pro models, new versions of iLife and iWork, and the new iPad Air and iPad mini with Retina display, Apple’s Craig Federighi recapped the main enhancements in Mavericks, including under-the-hood improvements like better battery life, more efficient memory use, and faster graphics. He also zipped through a demo of the new Maps and iBooks apps, showed off Safari’s new Shared Links and enhanced Reader view, and responded to interactive
notifications from Messages, including a cute message, presumably from his wife, using the jokey username “Hair Force Two” (Federighi has made a number of jokes about his stylish coiffure in the past). Other features we’re excited about include better support for multiple monitors, the elimination of the stitched-leather look of Calendar and Contacts, Finder tabs, and document tagging. See “Apple Previews OS X 10.9 Mavericks” (10 June 2013), for our initial coverage, which is still a fine overview.

Most surprising for those of us watching, though, was that Apple has made Mavericks completely free, eliminating even the $19.99 cost of 10.8 Mountain Lion. And, Apple released Mavericks immediately, unlike in previous years, when there were always several days of advance notice before actual availability. Nevertheless, we were able to put the finishing touches on Joe Kissell’s “Take Control of Upgrading to Mavericks” once we were able to determine final pricing information and Mac App Store links. Unfortunately, Sharon Zardetto’s “Take Control of iBooks” is not quite done, so we’ll keep it at the pre-release
price until we can make it available in its entirety.

Mavericks may not cost anything, but the $64,000 question remains: should you jump on the Mavericks upgrade right away? Our answer is a qualified yes, unless you rely on Apple Mail and Gmail — for details, see “Mail in Mavericks Changes the Gmail Equation” (22 October 2013). Assuming you don’t use Gmail, the answer is yes because Mavericks runs on any Mac that can run Mountain Lion, has performed generally well in our testing, and is an obvious win for laptop users because of the improved battery life in particular.

But we need to qualify that recommendation with a caveat: clicking that Download button in the Mac App Store willy-nilly could result in a world of hurt if you have a mission-critical app that turns out not to be compatible with Mavericks, or if some deep-seated disk corruption chooses such a moment (when a vast number of files are being touched) to bite you. Just proceed with due caution and full backups — we put an insane amount of work into “Take Control of Upgrading to Mavericks” because the devil is in the details, and there can be a lot of details.