We’ve seemingly made it through the monsoon season of Apple announcements, which brought two major operating system updates, new iPads, new laptop and desktop Macs, and a bucketful of updated apps and services. But what didn’t appear was a much-rumored Apple television, or even a new generation of the Apple TV set-top box. We’re happy that Apple’s presence in the living room seems unlikely to change radically in the near future, because it gives us the confidence that in-depth advice about how best to set up and use the Apple TV will be useful for some time.

The Apple TV has become notably more capable over the last few years, to the point where it benefits from some explanation. So we’re pleased to announce a new Take Control title to provide that help — “Take Control of Apple TV” — written by our TidBITS managing editor, Josh Centers. Josh has been a long-time Apple TV user, and, frankly, as someone who is more involved with the entertainment side of consumer electronics than Tonya and I are, he was our first choice for author when we decided to move ahead with this title.

As with Jeff Carlson’s ebook, “Take Control of Your Digital Photos on a Mac,” we’ve decided to “stream” this title over time in TidBITS as it’s being written, so TidBITS members can enjoy it in bite-sized weekly chunks to get the information sooner. Just as with Jeff’s book, each chapter will be available individually as an article — we call it a “chapticle” — before the full ebook is published. Everyone is invited to start reading right away at “Take Control of Apple TV, Chapter 1: Introducing Apple TV.”

To read subsequent chapticles, such as “Take Control of Apple TV, Chapter 2: Set Up Your Apple TV,” you’ll need to be logged in to the TidBITS Web site and have joined our TidBITS membership program. This streamed book is a benefit we provide to those who help TidBITS with direct financial support — others include discounts on Take Control books and a variety of Mac software, a full-text RSS feed, and more. If all goes according to plan, we’ll release a new chapticle each week for the next few months as Josh’s chapters are written and edited.

We encourage TidBITS members reading the streamed chapticles to leave comments, just as they would for any TidBITS article, and Josh will respond to your questions and concerns. In particular, we’re aware that people have very different TV viewing habits, and may set up and use the Apple TV in many ways, so we’re hoping the comments tell us more about your media use.

Your comments can make a big difference; with “Take Control of Your Digital Photos on a Mac,” we ended up adding a major chapter based on suggestions from early readers (for our intro to that project, see “Streamed Advice for Managing Your Digital Photos,” 1 July 2013).

TidBITS members can opt to receive individual articles in email, including these, as soon as they’re published, by selecting the Receive All Articles checkbox in the member-only version of the Your Subscriptions page. The individual chapters will remain accessible on the TidBITS site indefinitely, and if you want the full book in classic Take Control PDF, EPUB, and Mobipocket form when we’re done, the 30 percent member discount still applies.

So please, take a look at the first chapter, and share your issues with the Apple TV so Josh can make sure the final book meets your needs, and the needs of everyone else who has turned to the Apple TV to feed their TV habit. 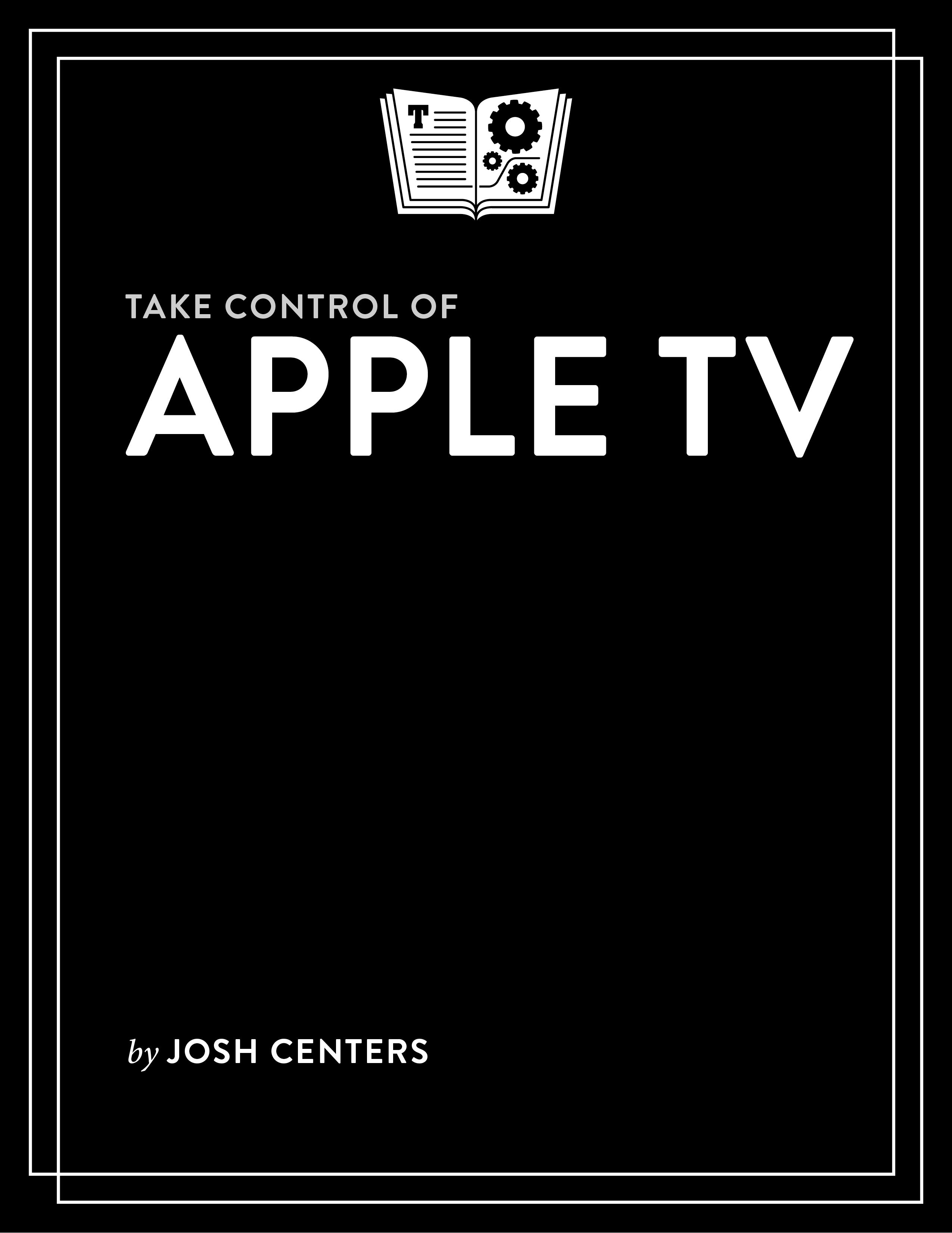 Comments About “Take Control of Apple TV” Streaming in TidBITS