Apple has released iOS 7.0.4 to fix an issue that caused FaceTime calls to fail for some users, as well as the usual, unspecified “bug fixes and improvements.” On the security side, Apple also beefed up the enforcement of purchase authorization, since it was possible for a signed-in user to complete a transaction without providing a password when prompted. You can download the 17 MB update in Settings > General > Software Update. 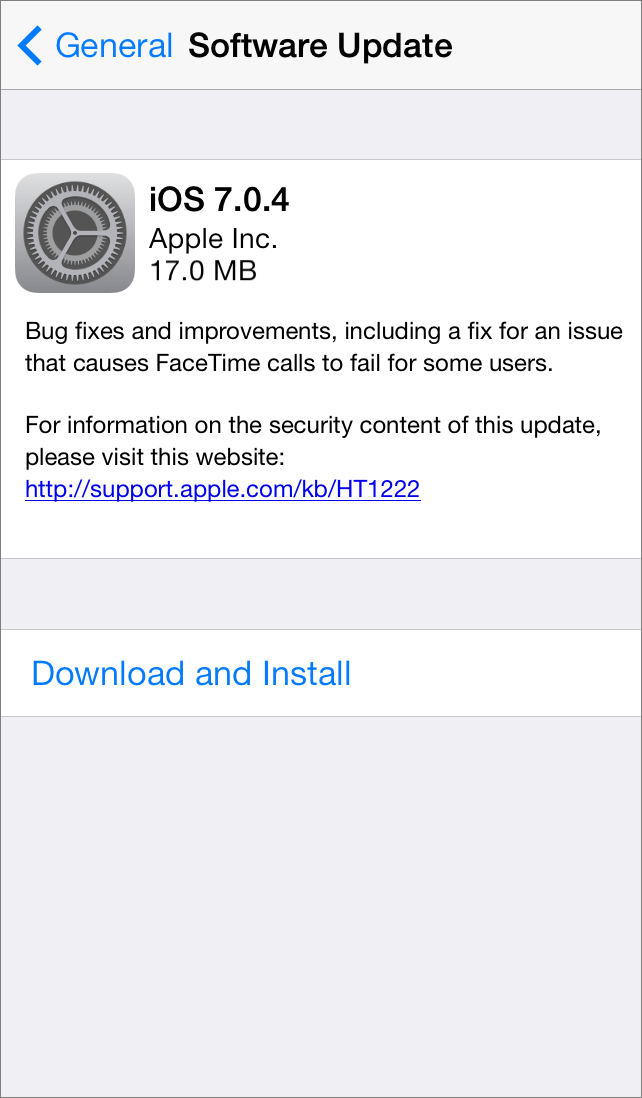 Interestingly, Apple has also updated iOS 6, which you can no longer install (see “Lion and Mountain Lion Still Available, Unlike iOS 6,” 25 October 2013), to iOS 6.1.5 to address FaceTime issues. However, iOS 6.1.5 is specific to the fourth-generation iPod touch — no other iOS 6 devices will be offered the update.

See any new feature or other changes in these updates? Let us know in the comments!