When I first heard of Bitstrips, I thought that it was some kind of credit card for the Bitcoin digital currency. OK, maybe I’m getting old. Bitstrips is actually one of the most popular free iPhone apps on the App Store (Web and Android versions are also available), and it lets you easily create customized comics to share with your Facebook friends. (Bitstrips currently requires a Facebook account, but the developers promise a non-Facebook option soon.)

Once you log in with your Facebook account, you’ll be prompted to create a custom avatar. You can adjust most every aspect of your avatar, including face shape, hairstyle, hair color, eye color, etc. What you can’t seem to adjust is facial hair color, which is annoying, because the Bitstrips version of me has a beard that’s a different color than his head. Other than that, I think I managed to create a pretty good representation of myself. 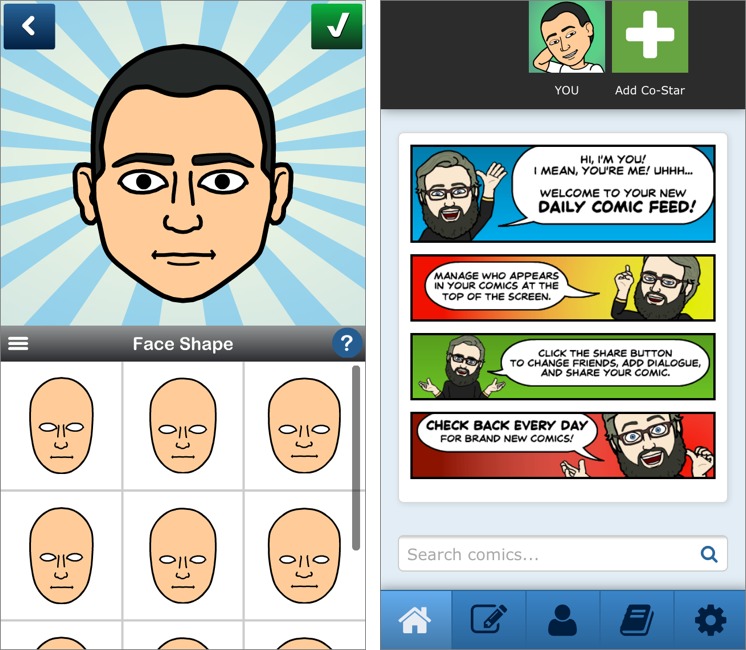 Once you’ve defined your cartoon self, you can insert it into a number of pre-drawn comics. This is the part that disappointed me, since I had thought you could rearrange screen elements for more customization. Sadly, that’s not the case. Other than word bubbles, captions, and, in some comics, the option of adding a friend as a “costar,” there’s not much you can change. 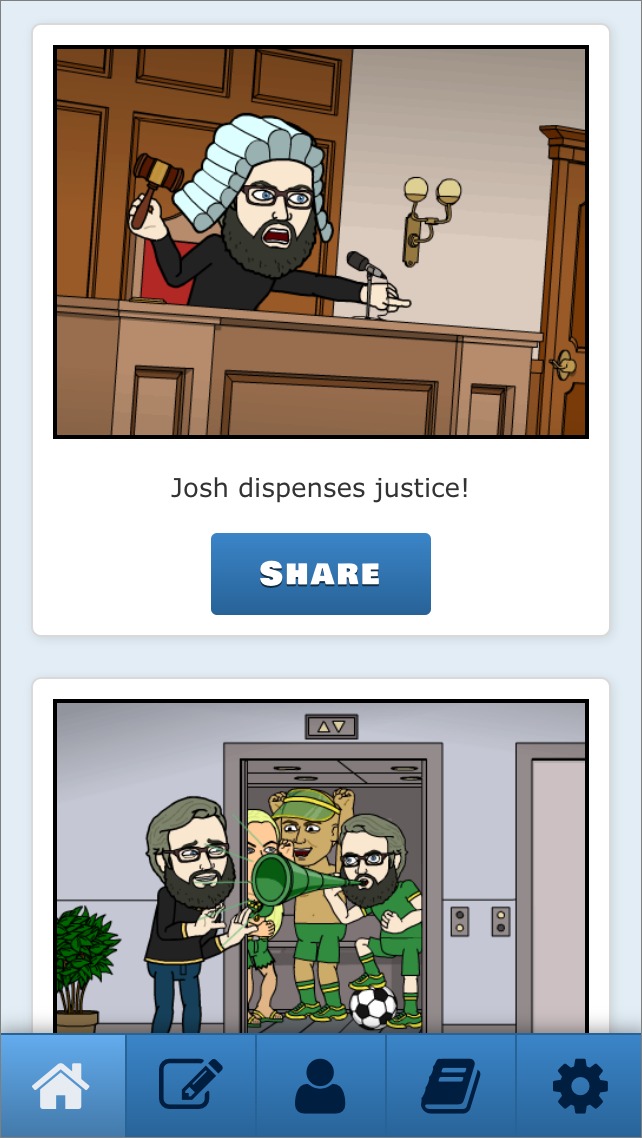 It would be different if the built-in comics were better. Most are either bland or disgusting. A number of them include vomit, which as humorous bodily functions go, seems an odd choice, especially the one where my cartoon avatar is regurgitating rainbows into a toilet. Is that supposed to be an expression of elation or anguish? I am apparently aging by the minute.

Unfortunately, the Bitstrips app itself doesn’t work much better. It’s slow, clumsily laid out, and buggy. Many of the built-in comics don’t even load. Sometimes I can’t log in at all. I actually had decided to write about Bitstrips a few weeks ago, but it consistently crashed on launch. As of this writing, it has 2 stars on the App Store, so I’m not alone in finding the app problematic. 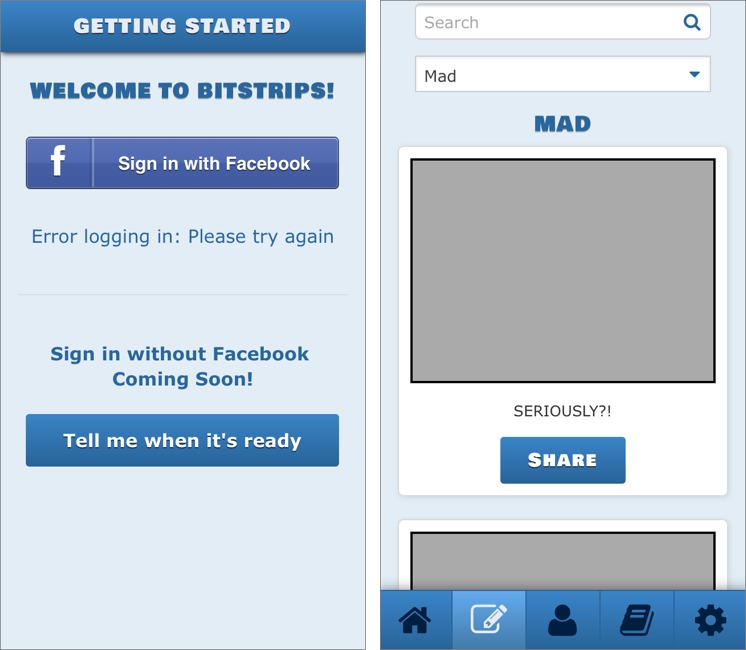 The good news is that, if you’ve grown irritated with seeing Bitstrips on Facebook, they’re easy to block. Click the gear icon in the upper-right of the Facebook page, choose Settings, and then select Blocking from the left sidebar. Under Block Apps, enter in the name of the app you wish to block, which should auto-complete. Select it, and the app won’t bother you again.

Despite the problems, Bitstrips remains the number two free app in the App Store, so there’s clearly demand for the concept. It’s not hard to see why. Even as a professional writer, I sometimes find myself struggling to convey my emotions in words effectively. A comic of myself drop-kicking the iPhoto icon out of a window might be a more effective demonstration of my frustrations than whatever text I could come up with, especially if I’m limited to Twitter’s 140 characters. I’m hoping another developer takes the idea of
user-generated comics and makes it truly compelling. There are others out there, but none seem to have captured the public’s imagination like Bitstrips, perhaps because of its Facebook integration.

(Note to Larry Page: We all know how much you want Google+ to succeed. Comics could be a killer feature, and with the visual effects in Google Hangouts, we know Google has the technology to make it happen.)