PBS and Yahoo Screen have joined the Apple TV lineup, adding even more content to Apple’s streaming content device for viewers in the United States. Both apps should appear automatically in the Apple TV’s main menu and are free.

Yahoo Screen features clips from Saturday Night Live, the Daily Show, the Colbert Report, ABC News, The Onion, and Yahoo original programming. Clips from the first three shows were already available from the Hulu app, but the last three are new additions. I’m particularly excited to see the Onion on Apple TV. 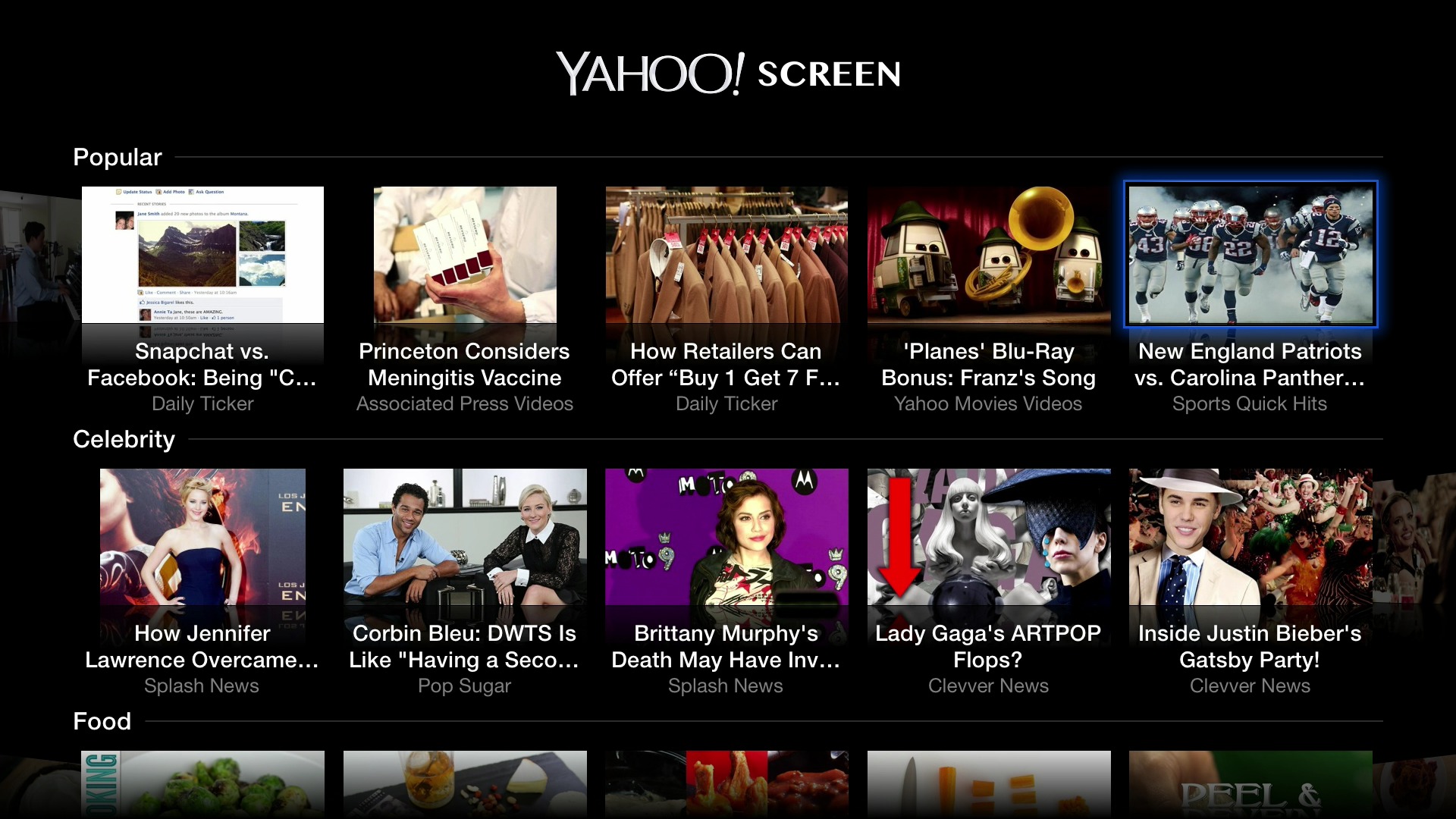 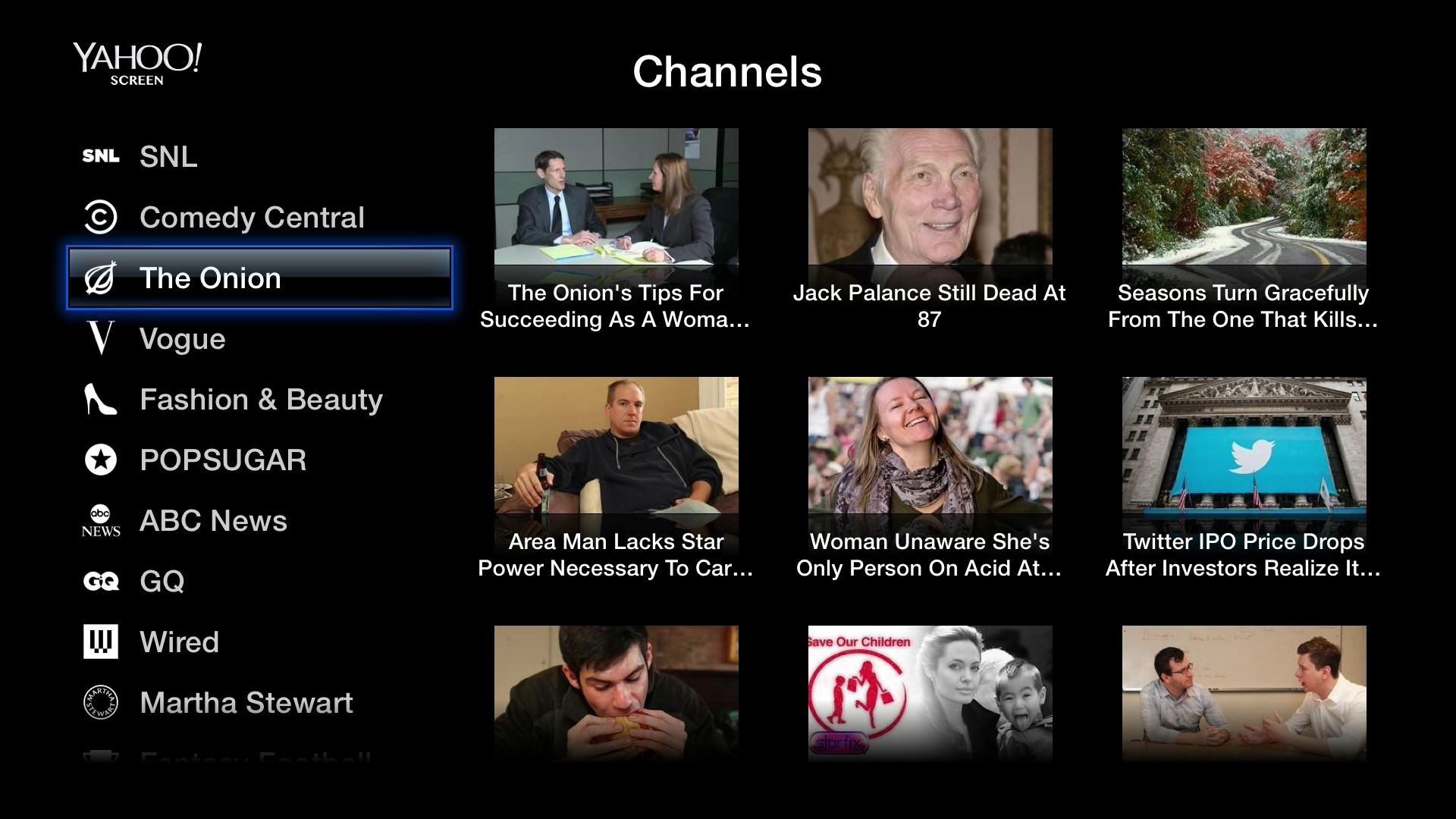 The PBS app, like its iOS counterpart, offers up broadcast shows a few hours after airing. Sadly, like the HBO, Disney, and ESPN apps, you have to go through an aggravating activation process to watch PBS. 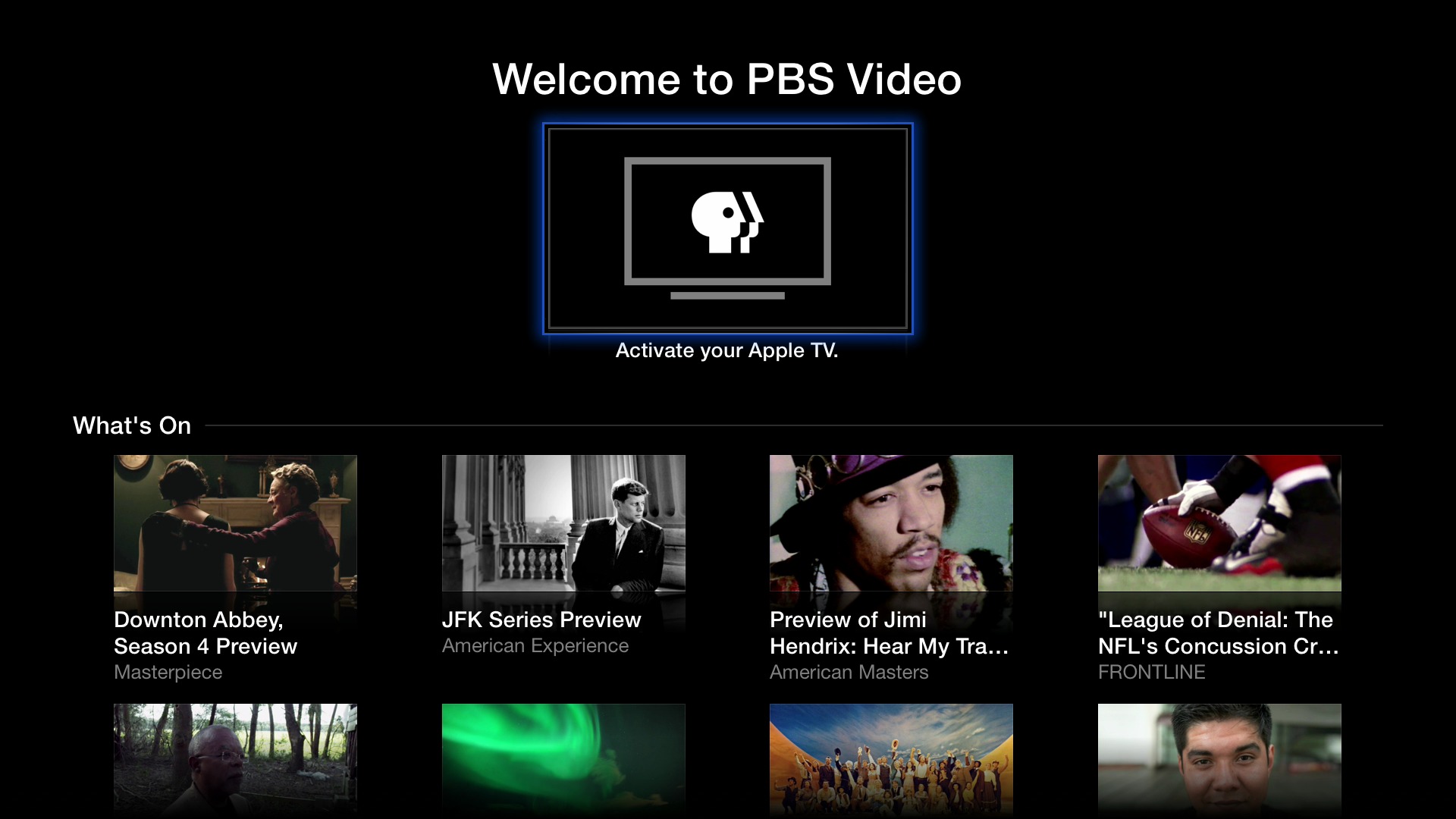 To activate the PBS app, open it from the main menu, and select Activate Your Apple TV. You’re then given an activation code, which you must enter at http://pbs.org/activate. 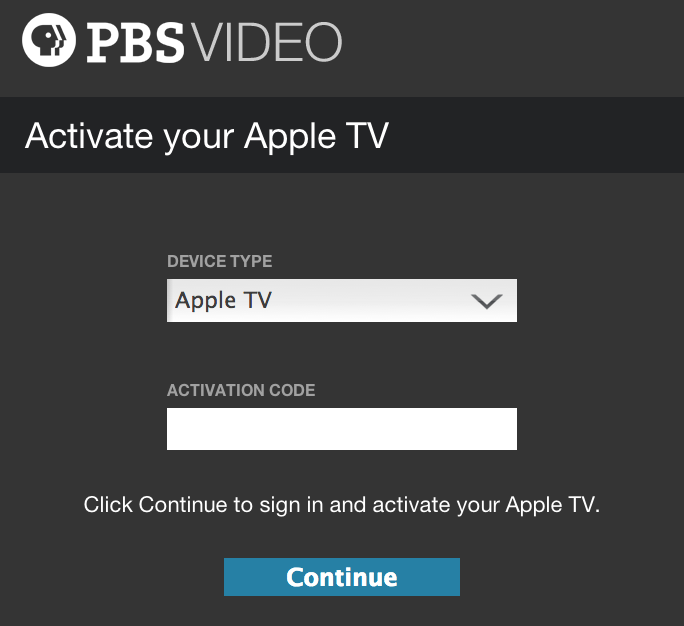 On that Web page, select Apple TV from the pop-up menu, enter your activation code, and click Continue. Next, you must either create a PBS account or sign in with Facebook or Google+. You’re informed that your email address will be shared with your local PBS station, which shouldn’t be surprising, given how PBS stations rely heavily on “viewers like you!” I doubt the PBS app will carry pledge drives. 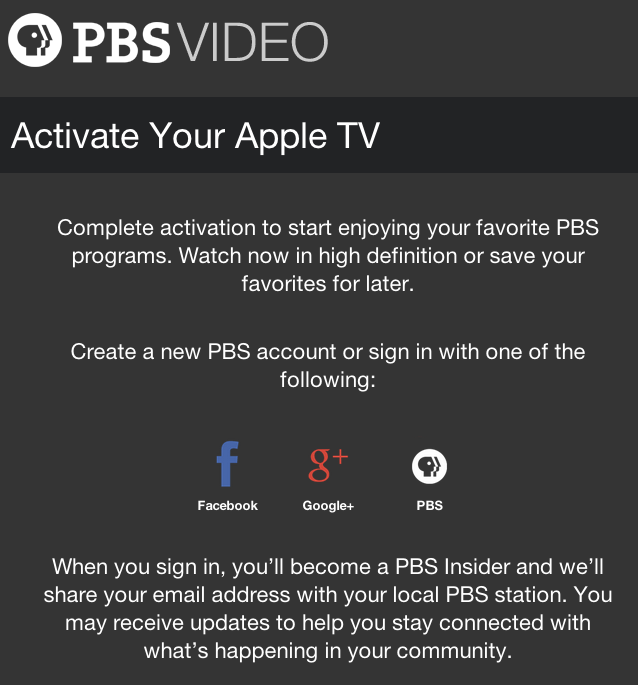 Finally, you must select your local PBS station. It should show one automatically, but it appears that PBS’s servers are slammed, so I didn’t see any listed. In that case, click More Stations and enter your ZIP code to see local stations. Note that this affects what content you’ll see in the Apple TV app, and it’s not yet clear if there’s any benefit in feeding the PBS app a different location to get different programming. 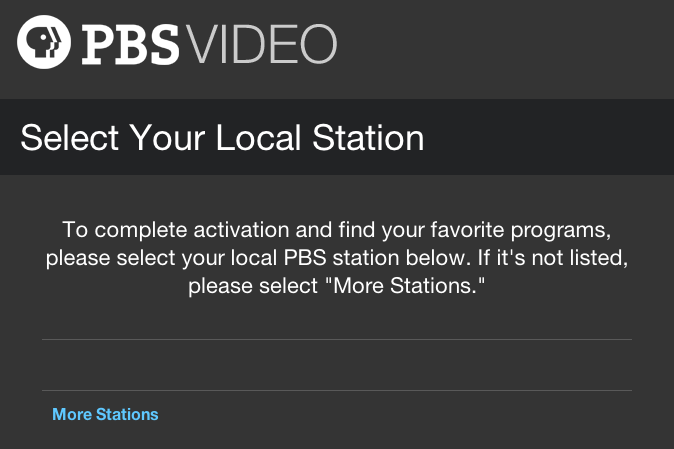 When I set up my Apple TV, I was told that activation failed, but after restarting the app, it worked just fine. However, connectivity is spotty, apparently due to high demand.

What About “Downton Abbey”? — I realize you’re champing at the bit to know if you can watch “Downton Abbey” on your Apple TV now. Currently, Amazon has exclusive rights to stream the popular period drama, which became possible to watch on the Apple TV only recently, when Amazon added AirPlay support to its Instant Video iOS app (see “Amazon Instant Video Comes to Apple TV via AirPlay,” 18 September 2013).

Fortunately, there’s a loophole: PBS can stream the episodes it’s currently broadcasting. As of this writing, that’s only a single episode, but according to All Things D, PBS stations will be re-airing the second and third seasons in December, as well as the fourth season in January, with the episodes being available for a limited time after the broadcast. So set your calendar and keep your eyes on your Apple TV!

In the meantime, check out my streaming book, “Take Control of Apple TV,” which is just one benefit of being a TidBITS member (to find out more, see “‘Take Control of Apple TV’ Streaming in TidBITS,” 4 November 2013). Clearly, I’ll be updating Chapter 4, “Discover What’s on Offer,” to cover these important new Apple TV apps.

Comments About PBS and Yahoo Come to Apple TV