In betas of Mac OS X 10.5 Leopard, Apple introduced a feature that enabled Time Machine backup to a USB hard drive attached to an AirPort Extreme Base Station. However, by the time Leopard shipped, Apple had pulled the feature (see “Time Machine via AirPort Disk Is Unsupported, Apple Says,” 7 April 2008), focusing networked Time Machine backups on the Time Capsule (now called AirPort Time Capsule). On subsequent updates to Mac OS X, we checked to see if the feature had returned, and some users managed to make it work, but Apple steadfastly maintained that
backing up to an AirPort Disk was unsupported, and eventually we stopped looking. 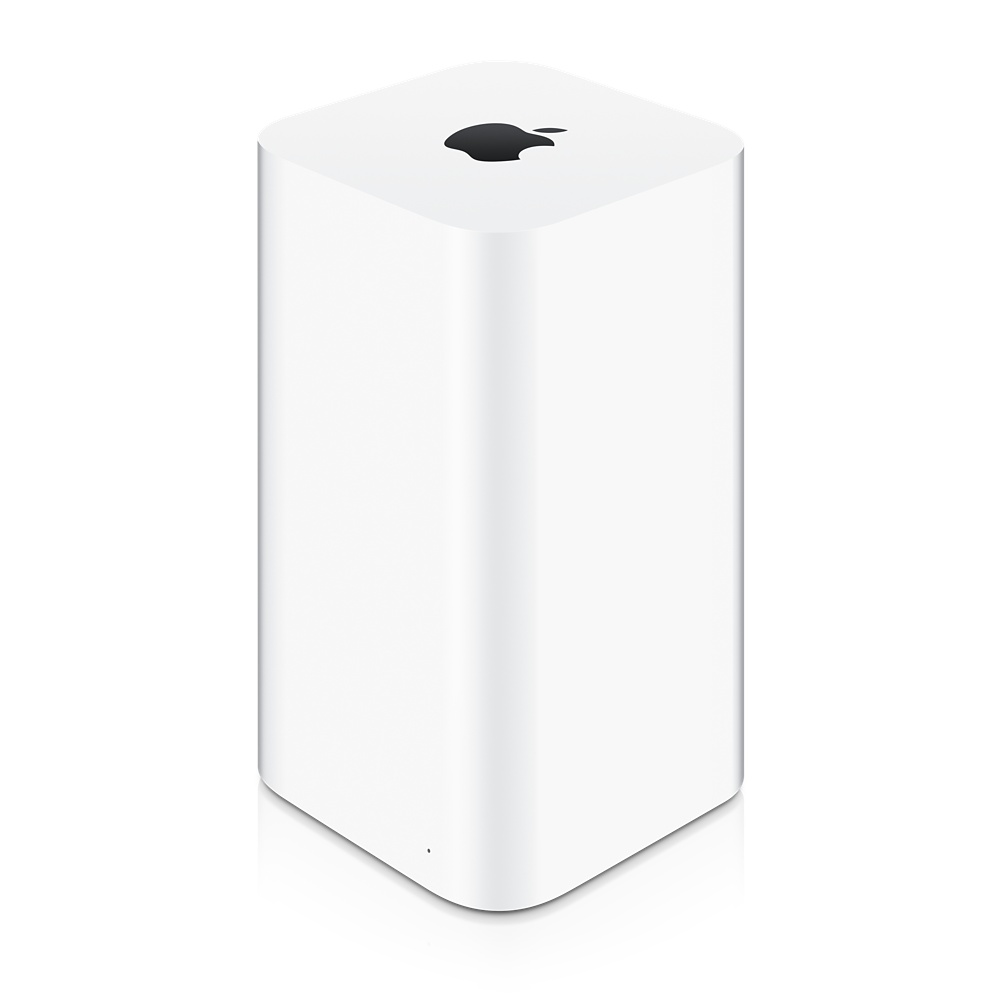 “Time Machine is not supported with USB hard drives that are connected to an AirPort Express or AirPort Extreme device.”

But a release note for the recent “AirPort Base Station Firmware Update 7.7.2” (21 November 2013) caught my eye while I was editing our coverage (this update applies only to the newest 802.11ac base stations released in June 2013). Apple says:

And once I went looking for confirmation, I found it in Apple’s “Mac Basics: Time Machine backs up your Mac” document, which says:

That’s in complete contradiction to the 5-year-old prohibition against pointing Time Machine at an AirPort Disk, and the change has gone almost entirely unnoticed since June 2013, despite being prominently mentioned on page 13 of the manual for the new AirPort Extreme Base Station. Apparently, Mac users really don’t usually read the manual. 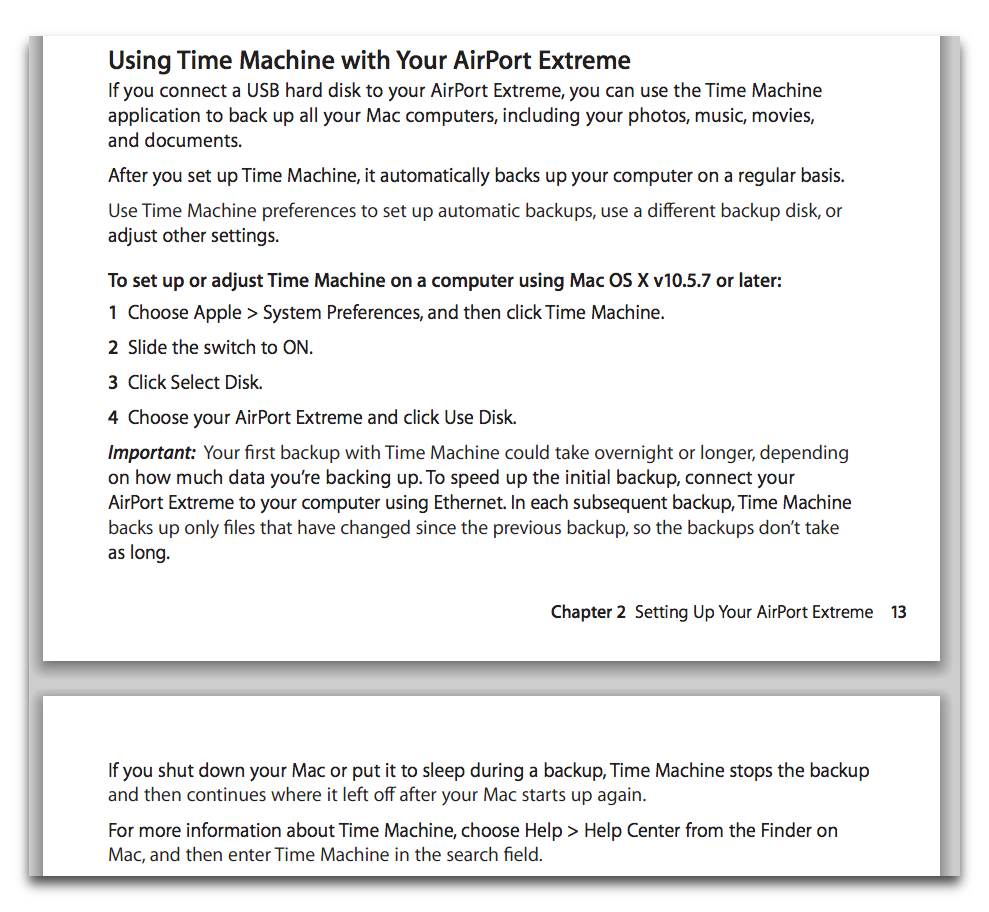 In fact, someone did notice — the late Time Machine expert James “Pondini” Pond called it out on his site in June; alas, he passed away in September 2013 at the age of 70 and will be missed.

What’s most compelling about backing up to an AirPort Disk, as opposed to an AirPort Time Capsule, is that you’re not combining two entirely unrelated pieces of hardware in one package. If the AirPort Time Capsule’s hard drive fails, it’s difficult to replace, and if you want to upgrade the wireless gateway side of the equation, there’s no easy way to bring your backups over to the new device. With an AirPort Extreme Base Station and attached USB hard drive, you gain more flexibility.

I don’t have one of the new 802.11ac AirPort Extreme Base Stations to test the return of Time Machine backups to AirPort Disks, and everything I’ve read indicates that it works only with the newest hardware, not any of the older, flatter base stations. Nevertheless, if you have the necessary hardware and curiosity, I’d encourage you to hook up a USB hard drive and see if Time Machine backs up to it reliably (since 10.8 Mountain Lion, Time Machine has allowed you to back up to multiple destinations, alternating between the different destinations). Let me know how it works out in the comments!

Comments About Use Time Machine with the 802.11ac AirPort Extreme Base Station